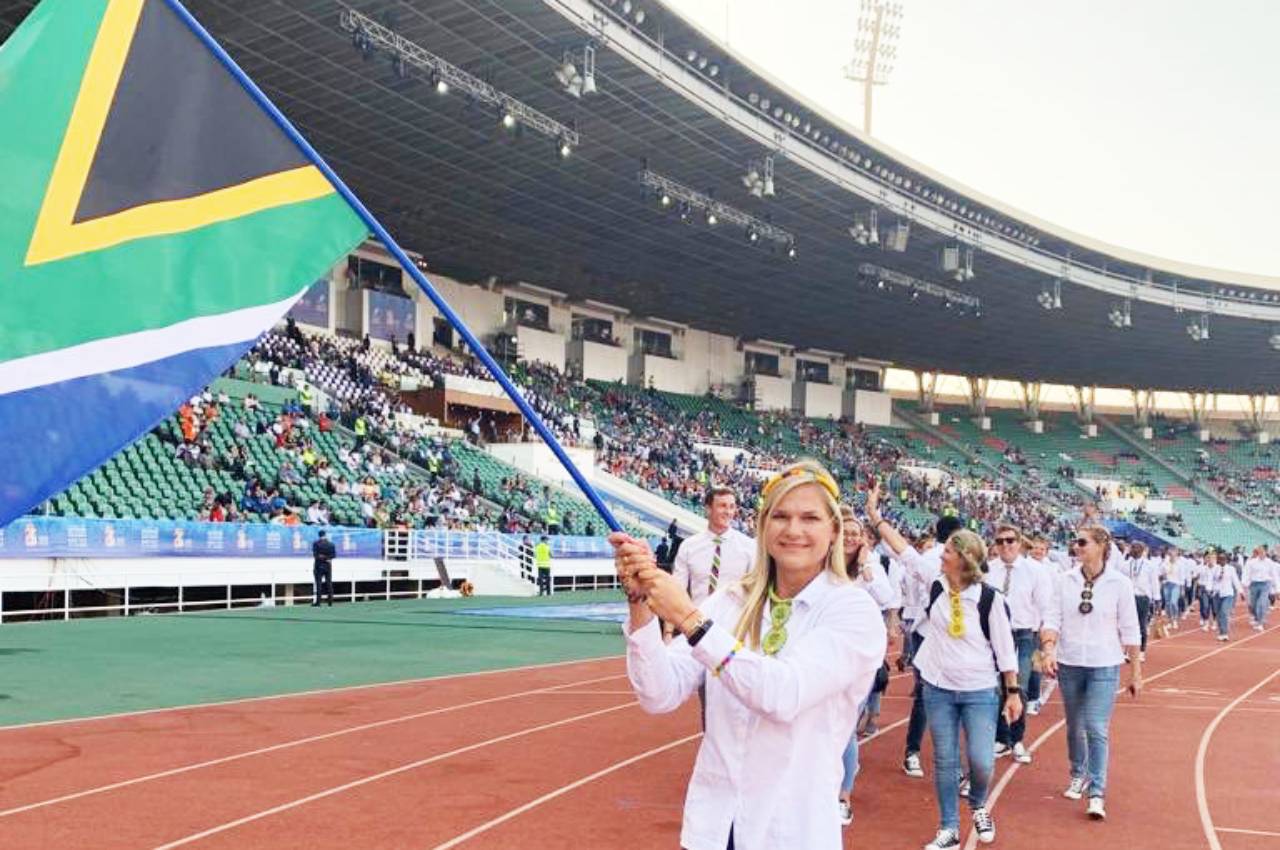 “I Always Wear My National Kit with Pride” – Bridgitte Hartley

Thirteen years after first donning the South African kit, Bridgitte Hartley walked out in it as flag-bearer for her country at the closing ceremony of the African Games on Saturday, 31 August, 2019.

“For me it’s a great honour,’ Hartley, a veteran of three Olympic Games and hoping to extend that run to four in Tokyo next year, said to the Team South Africa media after finishing a successful campaign in Morocco, where she teamed up with Donna Hutton and picked up gold in the K2 200 and 500m events as well as being part of the K4 500m team which also won gold.

“After all these years it’s the first time that I’ve been selected as a flag-bearer for my country. It’s an honour and something that I will always treasure. This is my second African Games and although I’ve competed in many African Championships in canoeing itself, taking part in a multi-code event like this is special,” she added.

“I always wear my national kit with pride and to see us lining up against other African nations is also a proud moment. As an athlete one can never take anything for granted and after I won bronze at the 2012 London Olympics, there was never any guarantee that I would carry on canoeing at the highest international level. But here I am, seven years later – and loving it.”

Hartley admits that there’s probably another ‘one to two years’ left for her at this level. And she’s enjoying being part of a younger squad that delivered nine gold medals and a silver in Rabat.

“While I’m the most senior member of this group I’m most definitely not on a pedestal. It’s awesome seeing these youngsters come through and getting to grips with the world’s best. The state of canoeing in South Africa is really strong and it’s growing in flat water, marathon and surf ski and it’s growing all the time, which is healthy. I’m really looking forward to seeing the sport go from strength to strength in the coming years.”

But for now, the stage is Hartley’s – and she will be making the most of it when she walks out with the rainbow nation’s flag in hand at the Prince Moulay Abdellah Sports Complex on Saturday.