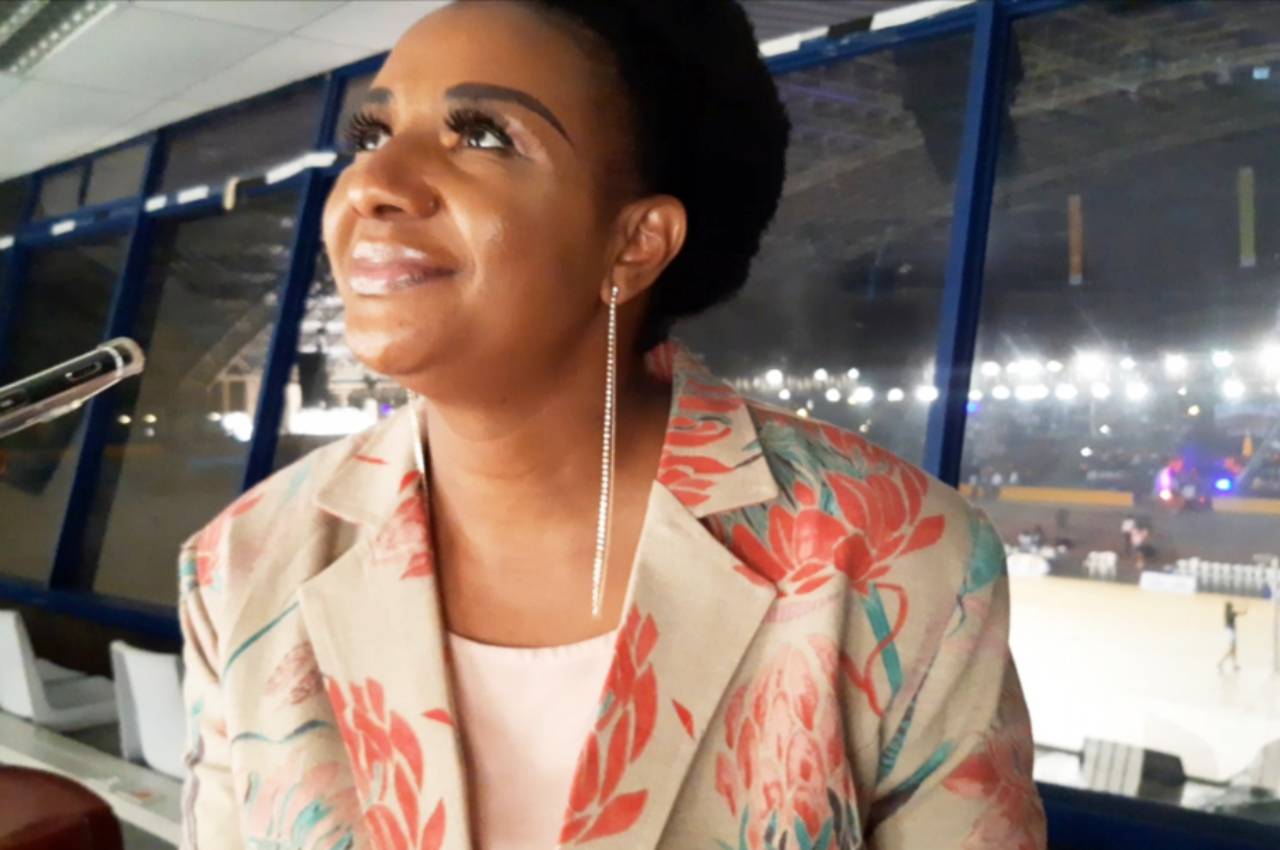 2019 has been a bitter-sweet year for Netball South Africa President Cecilia Molokwane on both a sports administrative and personal side. However, through her unfortunate personal circumstances, the SPAR Proteas team that won the 2019 Africa Netball Cup have managed to bring a smile to the face of Molokwane who was also recently revealed as the President of Africa Netball.

Speaking to gsport on the first day of the Africa Netball Cup at the Bellville Velodrome in Cape Town on Friday, 18 October 2019, a day after her appointment as the new President of Africa Netball, the bubbly Molokwane had this to say.

“Firstly, I would like to thank the Almighty God because I believe that everything in life happens for a reason. It’s been a bitter-sweet year for me, if you were following me. I lost my husband in February, my mother in July and my uncle just four weeks ago. So, its not been an easy year for me, but in those bitterness and sadness came 2023 Netball World Cup, the girls performing wonderfully at the World Cup and now yesterday (Thursday, 17 October) being announced as the Africa Netball President and voted in, I was just over the moon,” Molokwane said.

“This has been one amazing year for netball for South Africa.” African Netball President, Cecilia Molokwane

Molokwane went on to talk about South African needing to take ownership and lead the way for the African continent and working together with other African countries to be a force in the world of netball.

“So, I say that everything in life happens for a reason and God puts you where he wants you to be for a reason and I think it’s time that South Africa take the seat where it should be and leading the African continent because I believe that we are the sister to the countries that are in Africa and we can do more with them and we can work together and build this African continent to be a force to be reckoned with in the world.”

The SPAR Proteas team featured in the Netball World Cup in Liverpool earlier this year and earned a fourth-place position on the world stage, which Molokwane has continuously praised.

“This has been one amazing year for netball for South Africa. The girls have just outdone themselves. I mean, luck was not on our side when we lost against Australia, we should have been in the finals I believe that but anyway, I say everything happens for a reason. Come 2023, home ground, home soil, we will show the world who we are, and the girls are in a very good mood right now and they are very optimistic, and they want to do it,” she ended.

Photo 1 Caption: Africa Netball President Cecilia Molokwane pictured during an interview with gsport at the 2019 Africa Netball Cup at the Bellville Velodrome in Cape Town on Friday, 18 October 2019. Photo: gsport