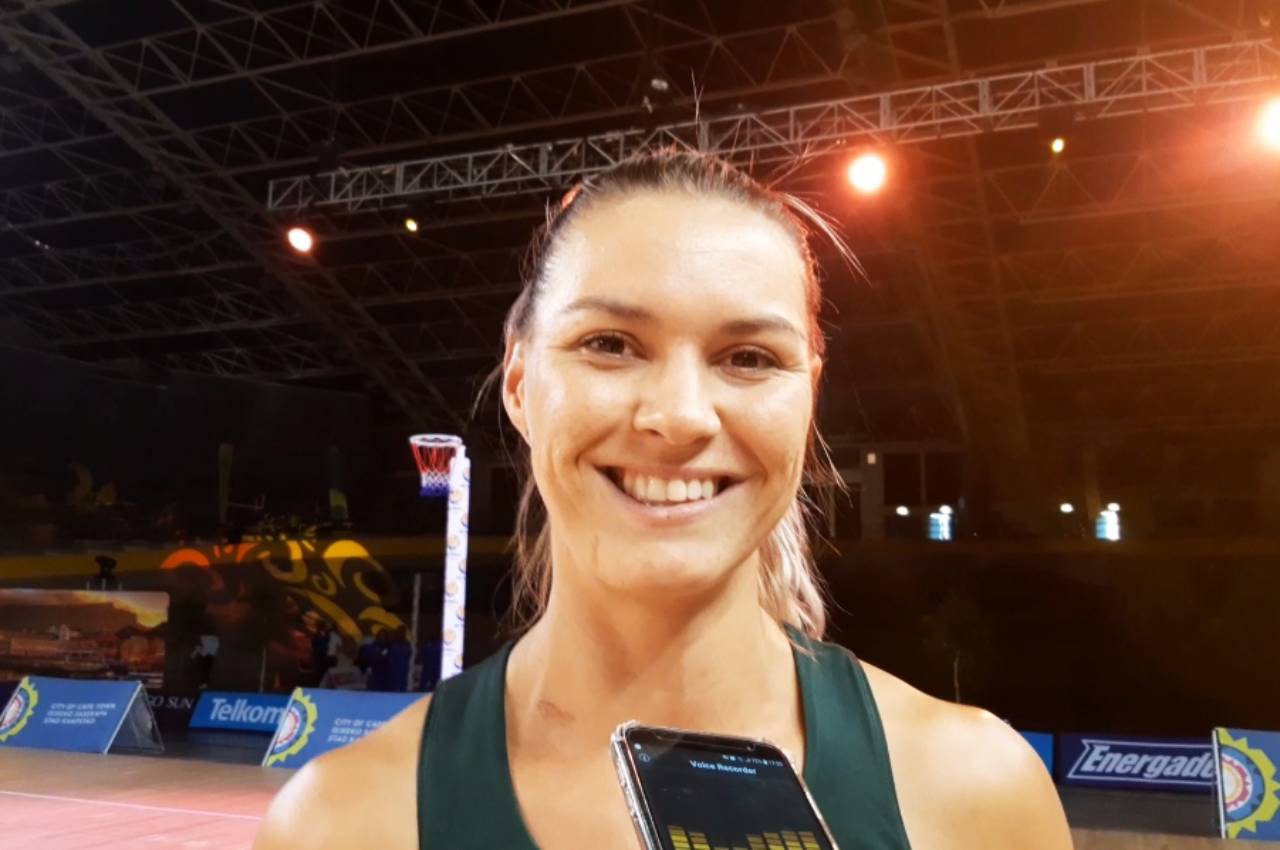 SPAR Proteas goal shooter, Lenize Potgieter continued with her sharp shooting skills at the 2019 Africa Netball Cup that resulted in the South Africans claiming the title after a clean sweep on Tuesday, 22 October 2019.10.

Potgieter continued with her fine form from the Netball World Cup that took place in Liverpool in June this year and was on top of her game, claiming that she lost count of the number of goals that she scored during the African continental showpiece during an interview with gsport after the final hon had blown on Tuesday.

“I am very happy that we got the win. We are a brand-new team, so just to get the combinations going and just to settle into those combinations, and I mean, to take a cup against fierce competitors is just amazing.

“I wish I had someone that counts the goals for me (laughs). I don’t know, unfortunately, but I think it’s quite a lot. More than 300, I don’t know,” she said with a smile.

“I am so, so excited for the World Cup to be here, it is going to be amazing.” – SPAR Proteas goal shooter, Lenize Potgieter

Keeping the team’s momentum up from a successful experience at the Netball World Cup is one of the key factors that the team is relying on for the future.

“I think that the girls bring in the experience from all over the world, so when we train and when we go into competitions, we try to keep those standards. It gets quite hard when we don’t train together, but we have to keep each other accountable for that. So, I just think that by telling each other to lift and try and keep the standard, that’s how we try and maintain the momentum.”

Looking forward to the next Netball World Cup in 2023 on home soil in Cape Town, Potgieter is adamant that South Africa is ready to host the world.

“We are definitely ready! I am so, so excited for the World Cup to be here, it is going to be amazing. I can’t wait for the world to see the beautiful part of South Africa because there is a lot. So, bring on 2023.”

The next assignment for the SPAR Proteas will be a test series against England in November 2019.

Photo 1 Caption: SPAR Proteas goal shooter, Lenize Potgieter, lived up to expectations at the 2019 Africa Netball Cup at the Bellville Velodrome in Cape Town, where the South Africans claimed the title on Tuesday, 22 October 2019. Photo: gsport