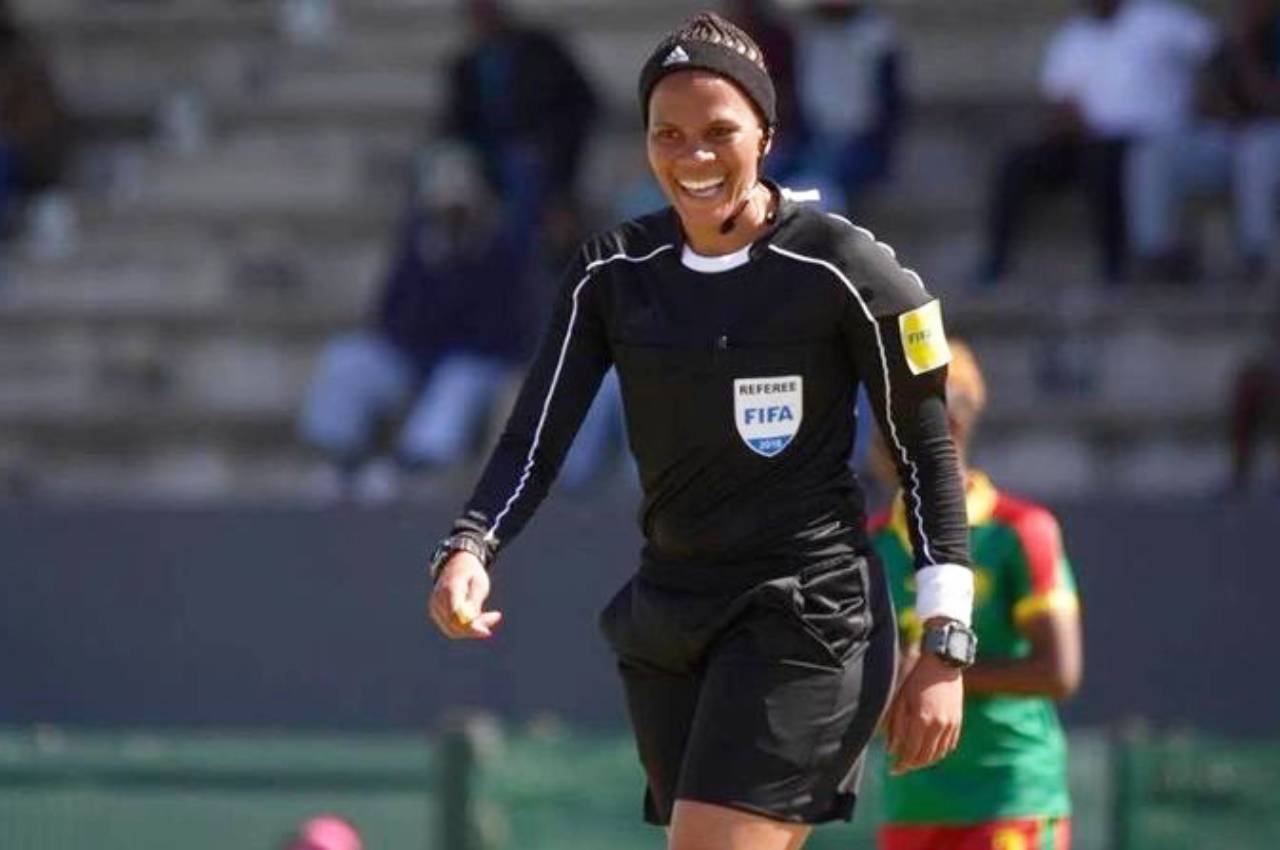 South African referee, Akhona Makalima’s career is continuing to reach for the stars as it has been announced that she will blow the whistle for the high-profile Tokyo 2020 Women’s Olympic qualifier match between Cameroon and Cote d’Ivoire on Tuesday, 12 November at Stade Ahmadou Ahidjo in Yaounde, Cameroon.

Makalima will be accompanied by Nembaleni Vhahangwele as first assistant, Maneo Tau as second assistant and Lindiwe Thwala as fourth official as she looks to gain more experience out on the African continent.

Known as the “She Ref” within the football community, the Eastern Cape-born has been leading the way for female referees in South Africa, holding the record as the Premier Soccer League’s only woman referee on the SAFA panel and received her FIFA badge back in 2014. Off the field, Makalima holds a diploma in Human Resource Management and is certainly taking ownership of her career.

To add to her list of achievements, it was recently reported via the gsport.co.za website that Makalima is among 33 match officials that have been invited to the CAF Elite Women’s referees’ course in Djibouti, taking place from the 25th to the 29th of October.

Photo 1 Caption: FIFA accredited South African referee, Akhona Makalima, has been making huge strides in her officiating career and has been announced as the match official for the Tokyo 2020 Olympic qualifier match between Cameroon and Cote d’Ivoire on the 12th of November. Photo: SAFA.net