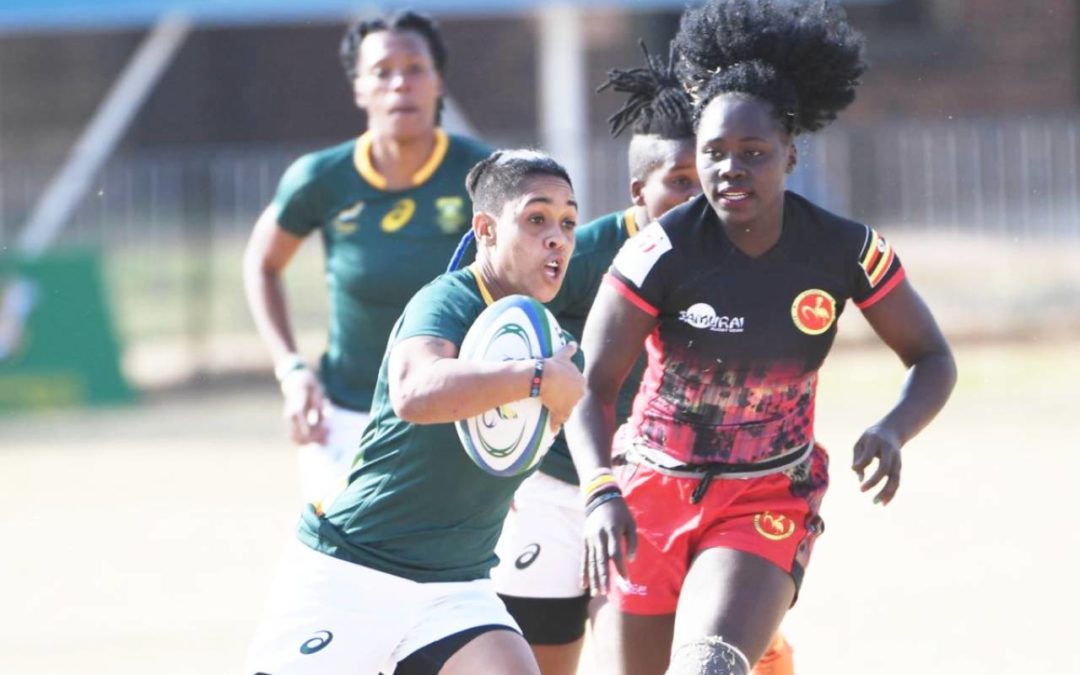 Zintle Mpupha will captain the Springbok Women’s Sevens team at next weekend’s HSBC Cape Town Sevens tournament, while Zenay Jordaan, South Africa’s most experienced player in the HSBC World Rugby Women’s Sevens Series, will pull the strings for the Imbokodo as playmaker.

Imbokodo coach Paul Delport, Mpupha and Jordaan joined forces in the Commonwealth Games and Rugby World Cup Sevens last year but playing in front of their home fans at the Cape Town Stadium for the very first time will be a personal highlight for the trio and the rest of the.

Nadine Roos, Christelene Steinhobel, Mathrin Simmers and Eloise Webb also did the double with their coach, captain and playmaker in 2018, while Buhle Sonomzi joined them for the trip to San Francisco last year. However, six players in Delport’s squad of 13 will make their World Series debuts next weekend.

Catha Jacobs, Sizo Solontsi, Right Mkhari, Liske Lategan and Megan Phillips will look at the HSBC logo on their sleeve with anticipation, although all of them wore the Springbok Women’s Sevens emblem with pride in Tunisia recently, where the Imbokodo were crowned the continent’s best at the Rugby Africa Sevens.

Only University of Fort Hare student, Lusanda Dumke, will make her Imbokodo debut, but the 22-year-old flanker is no stranger to international competition, having played for the Springbok Women’s XVs team earlier this year.

Delport will be without track convert and speedster, Alyssa Conley, who has not recovered from a foot injury in time, but the coach was pleased with his final selection.

“The senior players have enough experience and have shown an ability to contest at the highest level.” Springbok Women’s Sevens head coach, Paul Delport.

“We have a good mix for Cape Town,” said Delport.

“The senior players have enough experience and have shown an ability to contest at the highest level. The remainder of the squad have proved to be winners in Tunisia, but this is a step-up, not only physically, but also mentally.

“This is going to be a massive honour for our squad playing at home, but we acknowledge the responsibility that comes with it. Let me say this: this team will leave nothing out there.”

According to Mpupha, there is inner confidence and comfort in the squad.

“We don’t know who we are playing yet, but we know two things already – this group will play with massive heart and we will not give up,” she said.

“We realise the pace will be faster, the hits will be harder, and the split-seconds will even be less. But knowing that we will be playing in our stadium, in front of our crowd, with our emblem and flag on the jersey, will give us massive energy and encouragement.

“We really hope to have a huge crowd when we play as we want to show our hearts, our guts and our talent to those who came to support us.”

Photo 1 Caption: Springboks Sevens’ Zenay Jordaan previously pictured in action at the Rugby Africa Women’s Sevens tournament in Tunisia. The South Africans progressed to the quarter-final round against Morocco on Sunday, 13 October 2019. Photo: @WomenBoks on Twitter