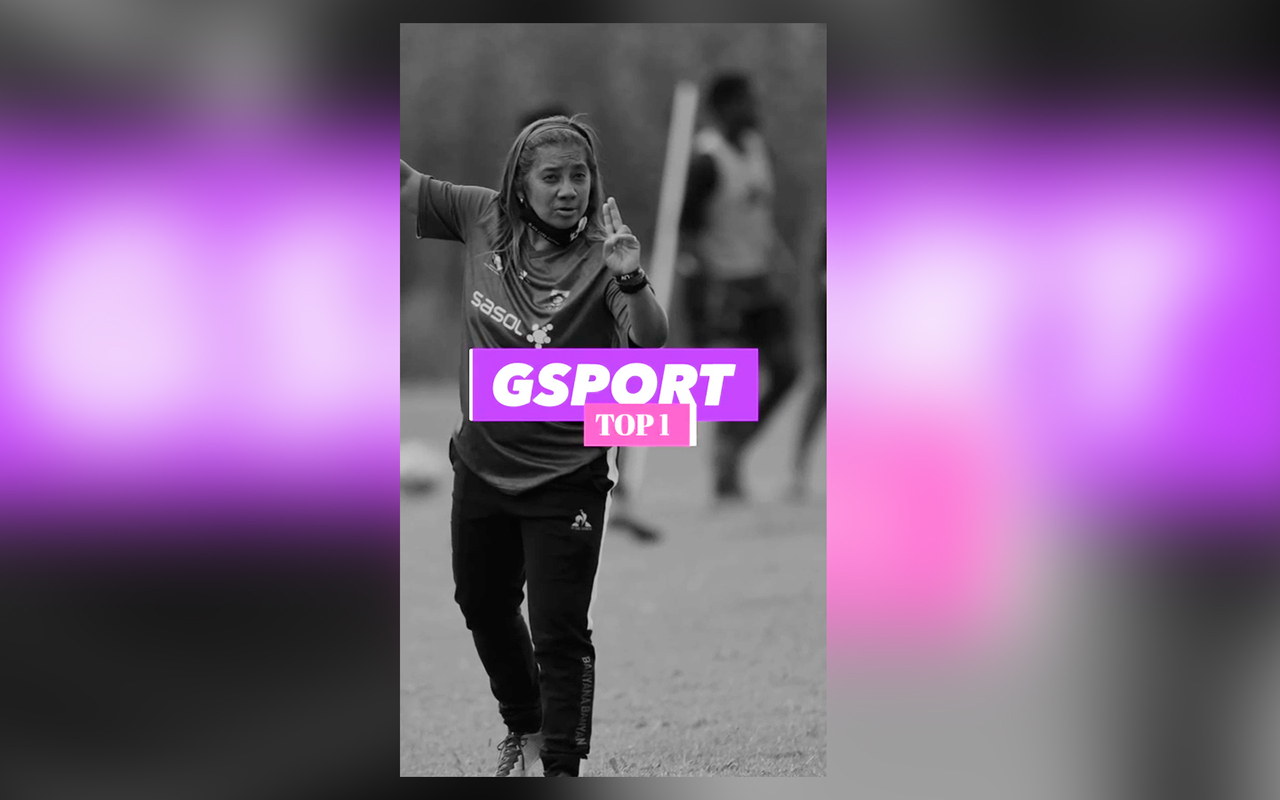 The #gsportTop10 Lists have become so popular that we have decided to make it a weekly activation on gsport, first featuring in our Friday newsletter, and then promoted and showcased across our platforms throughout the weekend.

In 2019, when Desiree Ellis won the first of two CAF Coach of the Year awards, she had this to say: “To women coaches across Africa, I will tell them to be the best that you can be and do the best that you can do. Know your worth and your value. Make sure you assemble a technical team that supports what you want to do and that they have a hardworking work ethic.”

Hilton Moreeng, when he was reappointed to the role of Momentum Proteas head coach last year, said: To be given the chance to work with the women’s team again is an exciting opportunity. I want to thank Cricket South Africa for the confidence they’ve shown in me to be able to lead this talented group of cricketers into the next phase of their journey.”

In May 2019, Laurian Johannes became the first ever female head coach of a national rugby team in South Africa, when she was appointed to lead the SA Women’s U20 team. At the time, she said: “When I retired from rugby as a player, my goal was to get into coaching with the long-term vision of becoming the Springbok Women’s coach one day, so I am delighted to receive this opportunity. It is certainly a step in the right direction.”

Scroll down below this video for the complete #gsportTop10 Women’s Sport Coaches List:

Desiree is the reigning gsport Coach of the Year and two-time CAF Coach of the Year. Last year, Banyana Banyana, won their fourth consecutive and overall seventh COSAFA Cup title, and much of the praise must go to the coach, who has put together a good mix of youth and experience to lead the team to winning ways.

Dinesha is a former Momentum Proteas cricket star who has evolved into one of South Africa’s talented up and coming cricket coaches. Last year, Dinesha was appointed in a dual role by CSA to take charge of Women’s U19 Team and to Head the Women’s Cricket Academy as women’s cricket takes off globally.

Dorette is the head coach of the SPAR Proteas netball team. Less than a month after being appointed to the position in 2019, she led the team to their first African Netball Cup title in a decade. All eyes are now on Dorette and her charges as they plot their journey to the 2023 Netball World Cup to be held in Cape Town.

Hilton is riding a wave of success with the Momentum Proteas team who have just completed their third ODI series win in a row to climb to second in the world on the ICC Women’s ODI Team rankings. His ambition is to lead his team to World Cup glory. New Zealand host the 2022 50-Over Women’s World Cup next year while South Africa hosts the Women’s T20 World Cup in 2023.

Jenny led the Gauteng Jaguars to their fourth consecutive Telkom Netball League title last year. The Jaguars are the only team to have featured in all seven finals and their inspirational coach has walked this journey with them. Jenny makes an impact wherever she coaches and continues and achieve important goals.

Jerry is the coach of the Mamelodi Sundowns, reigning champions of the SAFA National Women’s League. He is passionate about playing his part to blood the next generation of Banyana Banyana players.

In May 2019, Laurian became the first female head coach of a national rugby team in South Africa when she was appointed to lead the SA Women’s U20 team. She has also been called up as a coaching intern to work alongside Stanley Raubenheimer and his Springbok women’s rugby team who are preparing for the next World Cup.

Rocco is arguably South Africa’s leading swimming coach, responsible for steering some of our top swimmers to glory in the pool. One of his swimmers is the record-breaking Tatjana Schoenmaker, who looks set to rake in more milestones for years to come.

Stanley is the head coach of the Springbok women’s rugby team. In 2019, he was responsible for leading the team to Rugby World Cup qualification. He now has an opportunity to work with the team to bring back more Rugby World Cup glory to the nation.

Tsoanelo is FIH Level 4 Accredited Field Hockey coach & FIH Coach Educator. She is head coach of the women’s 1st team at the University of Johannesburg and head coach of the Southern Gauteng provincial Junior (Under 21) team. She coached the South African team which won 2018 African Youth Games and were semi-finalists at the 2018 Youth Olympic Games.