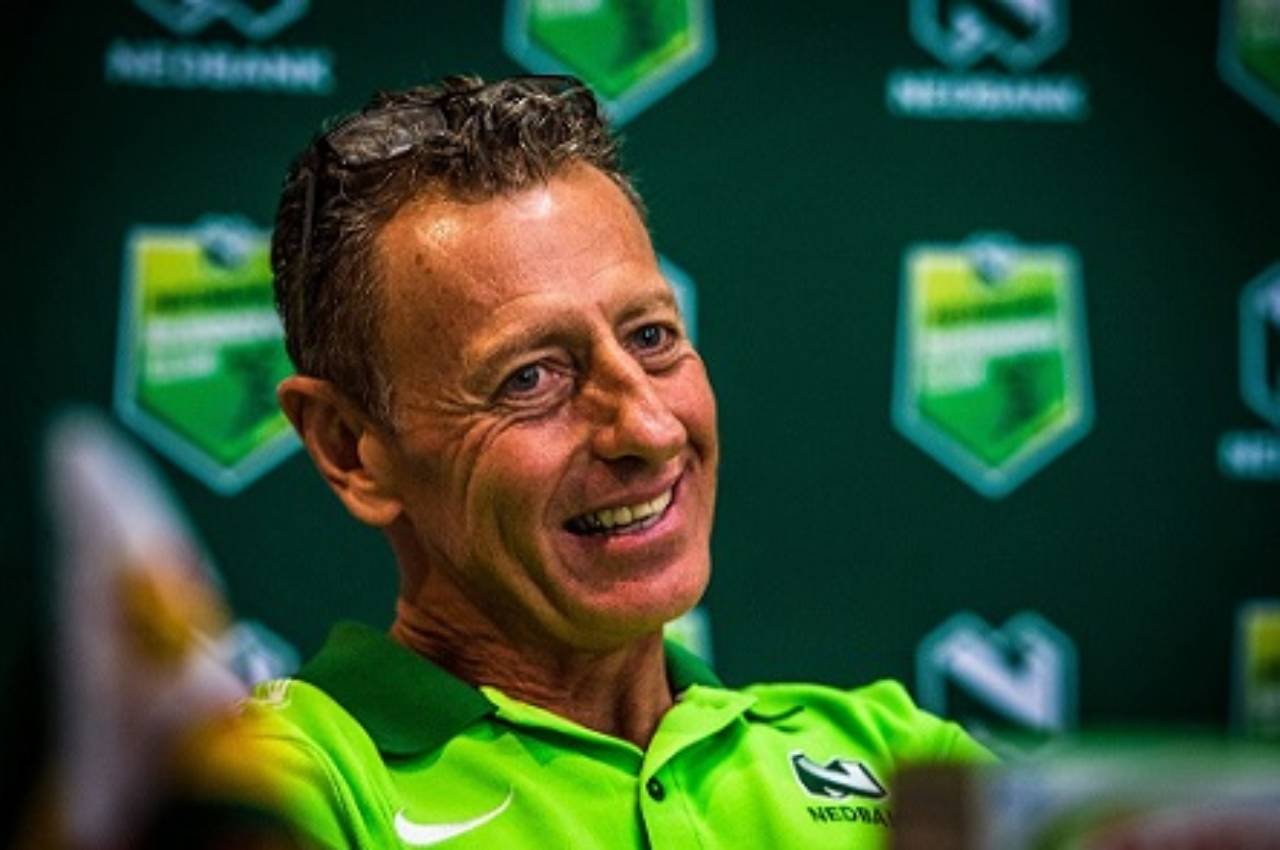 “I am grateful to be alive because I really thought that this was going to be the end for me.” These were the words of Comrades Marathon icon, Nick Bester, after surviving a brutal assault, which has left him nursing multiple injuries.

Bester was training in Magaliesberg for the BrightRock Battle of the Sports charity event when he was attacked and beaten with rocks. He was robbed of his belongings, tied up and left for dead.

In survival mode, the 60-year-old found the strength to crawl down a mountain where he was rescued and later received treatment at Eugene Marais Hospital.

On his journey to recovery Bester is unable to partake in the Battle of the Sports event, opening doors for long-distance runner, Jenna Challenor, who will step in for her coach. Challenor is also the only female participant in the 200km endurance race taking place over five weeks.

With a near tragic, unexpected second go life, the Nedbank Running Club Team Manager is aiming to continue using his experience to develop female athletes as he believes that women deserve to make their sporting dreams a reality.

The Ironman, as Bester is fondly known, boasts a glittering trophy cabinet, but what stands out as his proudest achievement? Celine Abrahams finds out!

Nick, thank you for taking time out for gsport. How is your recovery going?

It has been tough…Over the past weekend there were moments where I was fine, but this week has been tough again. So, it has been up and down to be honest with you. Body wise I am still a bit sore, but I am actually recovering quicker and it’s all thanks to me being fit and healthy. One thing, I am grateful to be alive because I really thought that this was going to be the end for me when I was left for dead in the mountain.

For those who aren’t familiar with the story of your attack, please can you share it with us.

Well, I have been training for the Battle of the Sports charity event and I felt that it would be better, a bit more challenging to do my training in Magaliesberg as opposed to doing it on the open road. I was not expecting anything you know, nothing of this sort to happen.

While I was on my route, the attackers were following me from behind and as soon I heard something, they were already on top of me. I was caught off guard and although I had my gun on me for protection, I could not do anything to defend myself.

“After they had taken my gun, cellphone, wedding ring, shoes, pants and bank cards which I keep at the back of my phone, they dragged me to another spot where they tied my hands behind my back and my feet together.” – Comrades Marathon icon, Nick Bester

They proceeded to hit me with rocks, they kicked me, stood on my head and continued to do this. After they had taken my gun, cellphone, wedding ring, shoes, pants and bank cards which I keep at the back of my phone, they dragged me to another spot where they tied my hands behind my back and my feet together. They left saying that if the pins that I gave them for the bank cards were wrong they would come back for me, but I had given them the right pins to withdraw money.

When they had left, I managed to crawl on my back down the mountain to the closest house I could find. The people there helped me by cutting me loose. I was later taken to hospital where I received medical care.

I have been through so much in my life from a motor accident and a previous attack, I am thankful that I have been able to get through all of them.

It is truly a blessing that you have been afforded a second chance of life! Let us turn focus and chat about your career in sport and where it all began.

“A friend of mine entered me into an 8km race and that’s when I saw that I wasn’t a rugby player, I was a running Springbok instead (chuckles).” – Bester on developing a passion for running at the age of 24.

My passion for sport began at an early age. My father and brother were rugby players, so I grew up in a rugby home. So, I also tried out in rugby and when I moved to Pretoria at 24, I would run to practice and run back home to get extra fitness. Then, a friend of mine entered me into an 8km race and that’s when I saw that I wasn’t a rugby player, I was a running Springbok instead (chuckles).

So, I left rugby and focused on pursuing my running career. I went on to run in various Comrades Marathons, winning one of the races in 1991. I also have a passion for endurance sports – I am an Ironman Champion, Dusi Canoe gold medallist and mountain bike champion.

You are currently Nedbank Running Club’s Team Manager and continue to play a vital role in the development of national athletes, especially females. What challenges have you seen women in sport face over the years?

You know I see women as equal to men and it’s sad how over the years there has been so much lacking when it comes to backing women in sport. At this stage, we have seen an improvement when it comes to investment in female athletes but unfortunately it is not where it should be.

We are seeing the likes of Gerda Steyn, who I coach, running and winning races all over the world and it is encouraging to see that despite the challenges that are still in women’s sport, we have athletes such as Gerda pushing to get over these barriers.

As the Nedbank Running Club, we support many African female athletes – Helalia Johannes from Namibia, runners from Ethiopia, Zimbabwe, Kenya and Lesotho. We believe in giving women an equal opportunity to fulfil their dreams and goals in the sporting space.

“There’s this belief that women must always remain in the background or be in the kitchen and I don’t believe in that at all. I believe that women have the same rights as men to follow and pursue their dreams.” – Bester on gender equality in sport.

There’s this belief that women must always remain in the background or be in the kitchen and I don’t believe in that at all. I believe that women have the same rights as men to follow and pursue their dreams. I will always play my part to help push women in sport to get coverage beyond the borders of South Africa.

Your list of achievements serves as an inspiration to the many athletes and winning the Comrades Marathon in 1991 surely is a standout for you. What are some of your other highlights?

I am extremely proud of being a multi-disciplined athlete! So, winning Comrades which is a running event, the Ironman and SA Triathlon Champs – both triathlon events – I won the SA Duathlon Champs for running and cycling, and I have done the Cape Epic as well, so I am a versatile endurance athlete and I am glad that I have been able to succeed in each discipline or event that I have participated in.

What are you still aiming to achieve in sport?

A lot! I am still very competitive even at my age and once I put my mind on something, I go all out to achieve my goals. It’s sad that I won’t be able to take part in the Battle of the Sports which was on my list, but it has given Jenna Chellanor the opportunity to take part in my place. She is the only female who will be joining Bongmusa Mthembu and David Gatebe.

I also want to try my best to open doors for all athletes and using my experience to help them become better, especially in the development phases.

What is your message to the youth who aspire to be in sport?

The best advice I can give is to work hard and keep pushing. Never give up because you will eventually achieve your goals.

Photo 1 Caption: Comrades Marathon icon, Nick Bester, survived a brutal attack which left him with multiple injuries. Bester is grateful for his life and is looking forward to continuing to make his mark in sport. Photo: Supplied