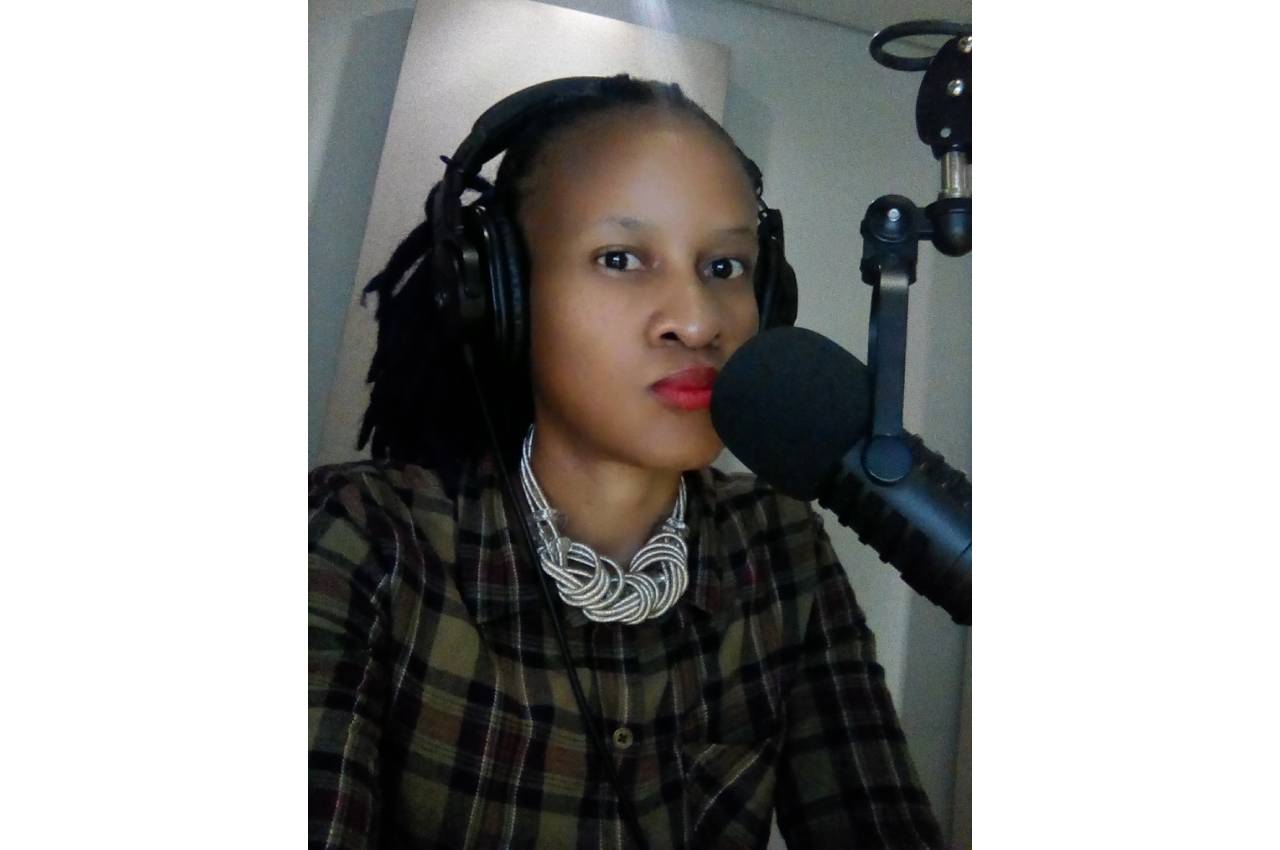 Tlamelo Kganakga is a true community sports media champion who is destined for great things judging by her sharp rise in the industry over the past few years.

As part of our monthly #FollowFriday feature, we profile this young woman, who dreams of one day having her own podcast to profile women in sport from her hometown.

Kganakga has been a strong supporter of #gsport15 and caught the team’s attention as a potential woman in sport to profile due to her consistent efforts to raise the profile of grassroots women’s sport.

Her wish is to see more grassroots sports profiled and for the government to contribute more to community women’s sport development.

Remember the name, Tlamelo Kganakga, a rising radio producer and presenter who is honing her all round skills to ensure she keeps playing her part in shaping the women’s sport narrative.

She speaks to gsport about her journey and her dreams for the future.

Tlamelo, how did you find out about gsport and what made you follow us on social media?

I found out gsport on social media. I can’t pinpoint where exactly but hey, I’m happy to have come across such a platform. I decided to follow it because it introduces us to people we never heard of and keeping us up to date on what’s happening in women’s sports. It is a platform where you get unusual and untold stories from.

What do you enjoy about gsport and what role does it play in raising the profile of women’s sport in SA?

There’s so much! It covers untold stories of women’s sports that people don’t know about and other mediums don’t cover. It’s very unusual to hear about cycling, hockey and other uncommon sporting codes on radio and TV. So gsport is the perfect website to know about such, especially if you know there’s more to sports than football, cricket and rugby. Sports is broad and gsport is all about informing about that. Its role is a massive one and major shout out to the founders☺️..

My passion comes from women who work hard, doing what they love. Waking up in the morning to inform a listener what’s happening and introducing something new to the audience.

You are a producer and sports anchor at Mahikeng FM. Tell us about this journey. When it started and how it has progressed to date?

My Journey… first, it’s important for me to mention that sports has been a bug in my life since tertiary when I was studying sports science (now Coaching Science) that I haven’t completed due to finances in 2012.

Fast forward to 2016, I joined a community radio station called Mmabatho FM and in December I decided to try sports and my programs manager back then tested me with a 3 hour sports show and after my first show I was a stand-in when the regular presenter wasn’t available, that was until 2018.

And then 2019 I was a sports anchor at another community radio station in Rustenburg for a afternoon drive show where I was also the host so I’m here being a jack of all trades😏.. After that I decided to come back home and saw a gap in Mahikeng Fm to be a sports anchor as they didn’t have a woman who does sports and the former station manager thought it’s best to take me in.

From April 2020, the programs manager decided to make me a producer only but I decided to be an anchor also. I mean if I can do both, why not? I’ve come from far but there’s still so much to do and to learn. I’m all for that at this point in my life.

What have been your biggest career highlight to date?

Wow, coming from a community radio station which is the number 1 in the North West province, it has to be interviewing Banyana Banyana Coach Miss Desiree Ellis. Her accepting to do the interview showed me that I could get anyone on the show.

What are some of the lessons you are learning as a woman in sports media?

To be patient. It takes a strong woman to be part of a male dominated industry.

How can we raise the profile of women’s sport and ensure increased support for our athletes?

It starts with where we are. The background and I’m talking about when you come from Mahikeng or Klerksdorp even from Matatiele, that’s where it should start. The grassroots level to acknowledge and show recognition that the sport is being profiled. When we see girls playing for boys team, they should know that there’s a great possibility for them to play for national teams.

Also the help from the government wouldn’t hurt. We don’t want people who will acknowledge the different sports right under their noses only when a player or a team has made it big. It needs to start from being unknown.

What is your advice to aspiring women in sports media?

Remember WHY you started.

Who inspires you and why?

I once interviewed Lindiwe Dube and she said she’s inspired by Excellence and I thought that was deep. So women who excel inspire me and who break boundaries.

To have my own podcast profiling sports women from my hometown.

Photo 1 Caption: “My passion comes from women who work hard, doing what they love. Waking up in the morning to inform a listener what’s happening and introducing something new to the audience,” says Mahikeng FM Sports Anchor and Producer, Tlamelo Kganakga. Photo: Supplied