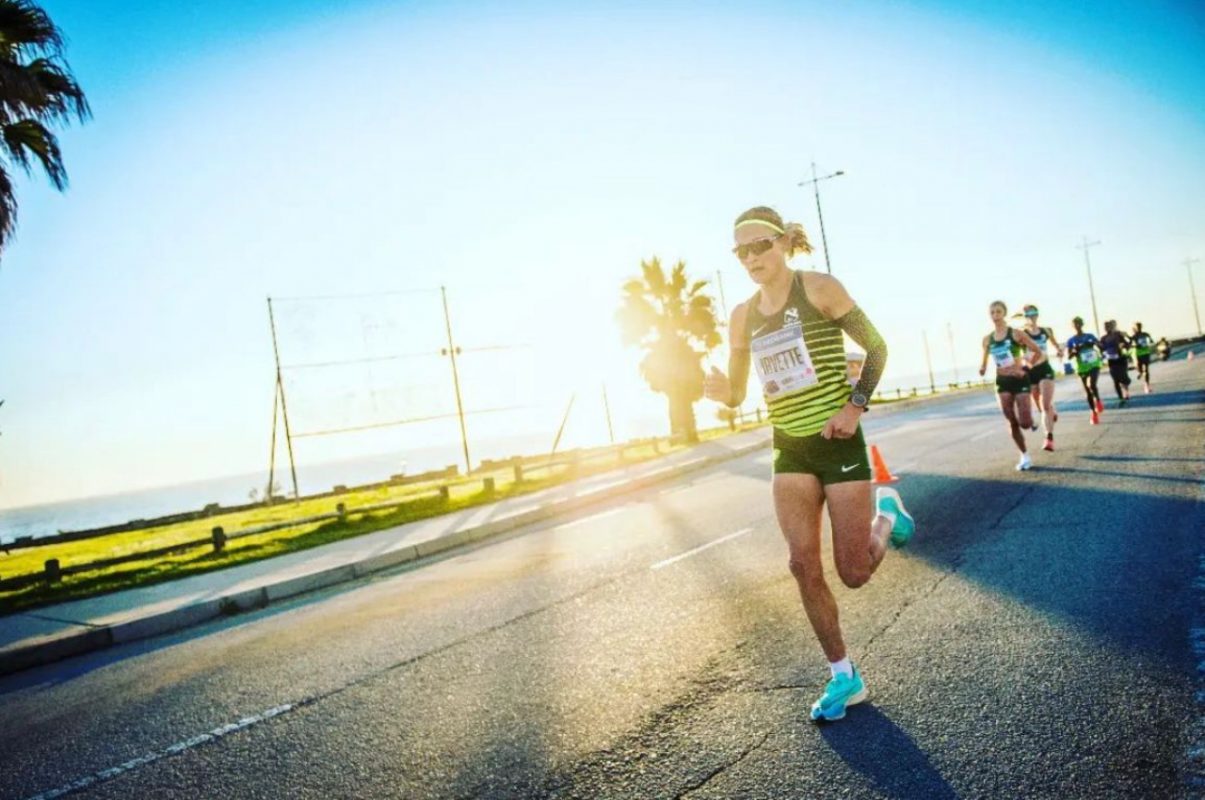 Returning to the course where she broke the ultra-marathon world record, Nedbank Running Club’s Irvette van Zyl reveals she is stronger than the performance she showcased last year’s Runified Breaking Barriers 50km race.

The race will make its second stint in Nelson Mandela Bay on 6 March in Summerstrand.

“My preparation for the Nedbank Runified Breaking Barriers 50km is going really well and I’m really excited to be able to race again,” van Zyl said.

“I believe I am in better shape than last year when I broke the world record and I believe the record will be broken again.

“We just have to wait and see who does it.” – Runified Breaking Barriers 50km race defending champ, Irvette van Zyl

The 34-year-old will be up against some tough competition this year, including Kenyan’s Lucy Lesempe and Lilian Chemweno.

On the international scene, Russia’s athlete Alexandra Morozova who is no stranger to SA, will also be looking to overthrow van Zyl. Morozova finished second, third and second in her three Comrades Marathon attempts, respectively, and fourth in the 2021 Nedbank Runified.

Caitriona Jennings from Ireland will also making her way to the Bay. Jennings finished third on her debut Comrades back in 2019.

Earlier in 2022, it was announced that World Athletics had awarded the event a WA Elite Label status, and the ladies will be competing for the grand prize of R130, 000 for the first finisher, with a potential further R150,000 if a new IAU record is set.

SA athletes who finish in the top five will also be awarded for their performance, they will win a share of R200,000 from the race.

Nedbank executive head of marketing Nthabiseng Matshekga said they are excited to be hosting the second edition of the 50km ultra-marathon in Gqeberha.

“Thanks to the first one that we are now able to put running on the map again in Gqeberha.

“Moving to the second year, the race is an incredible one and we are looking forward to the opportunity to be able to maintain momentum in running in SA overall.

“Through Nedbank’s involvement, we aim to continue to grow our best athletes in the country,” concluded Matshekga. “We want to continue to raise the quality of local athletes by attracting the best SA runners to the race.”