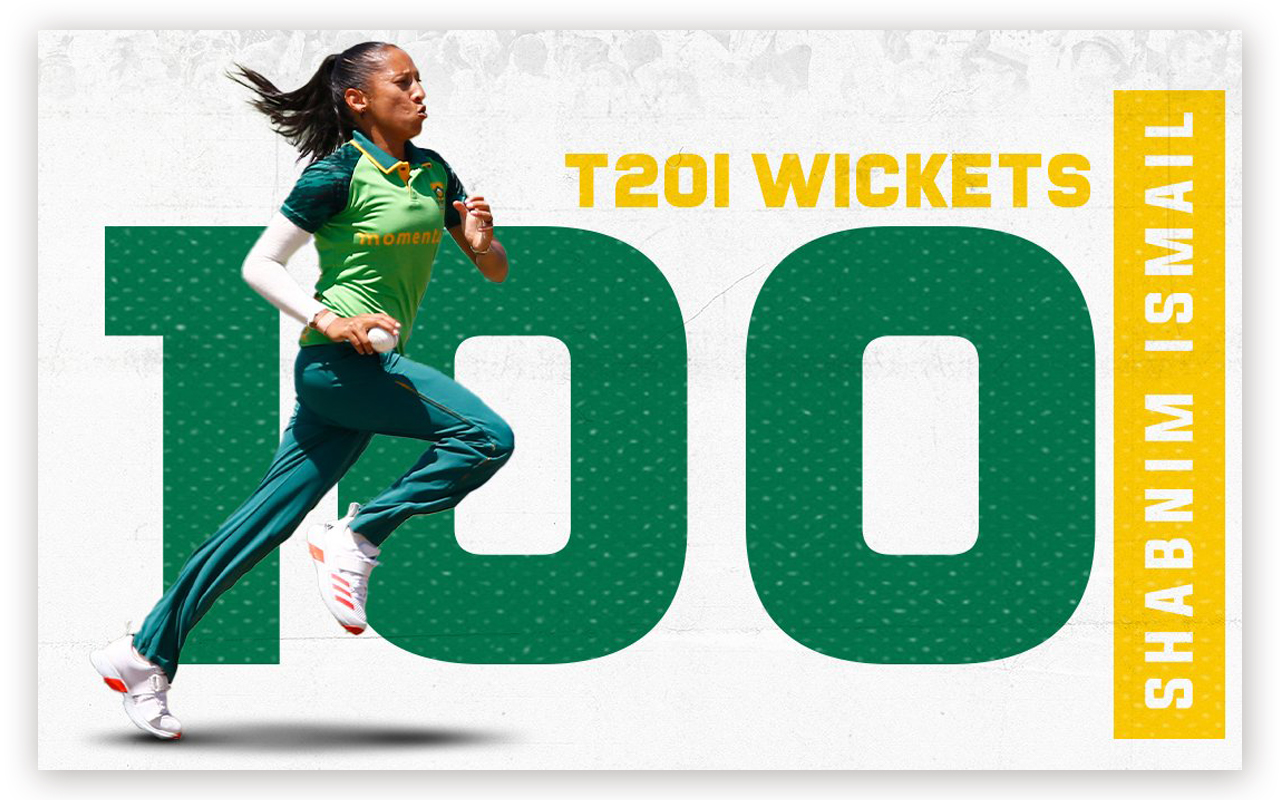 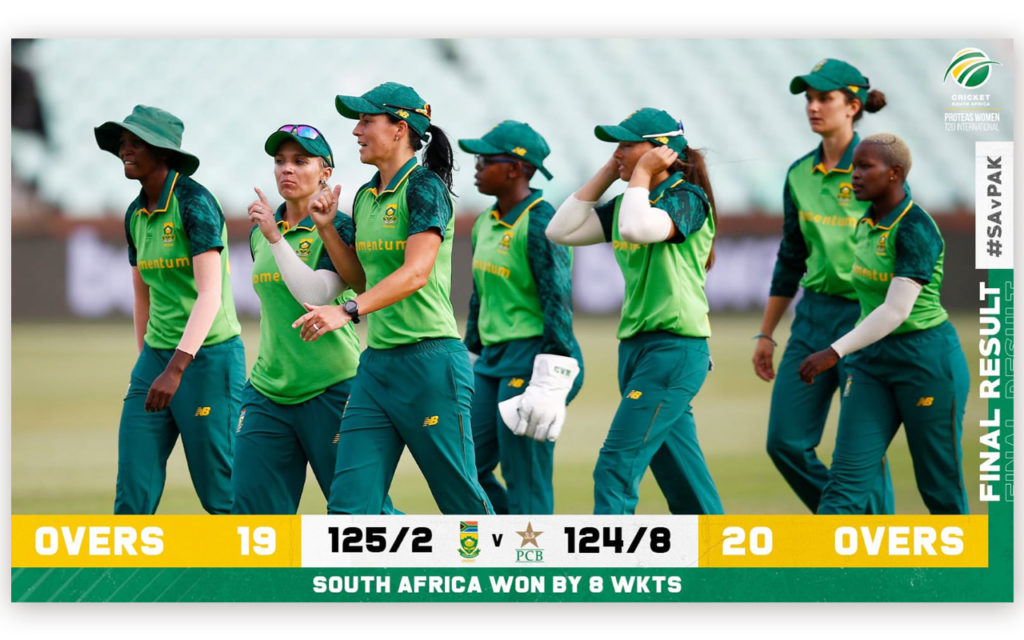 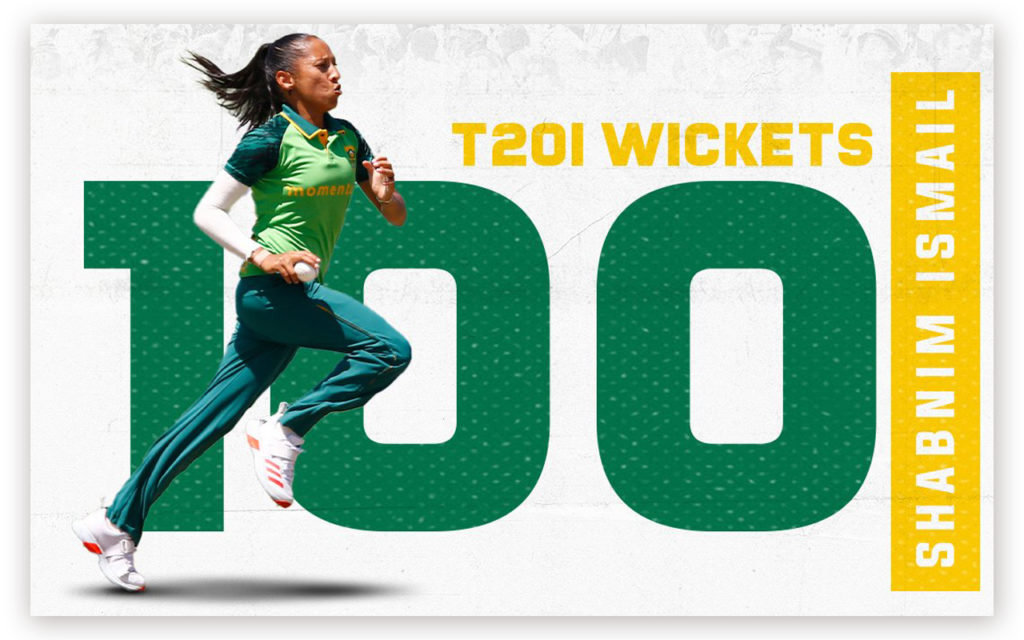 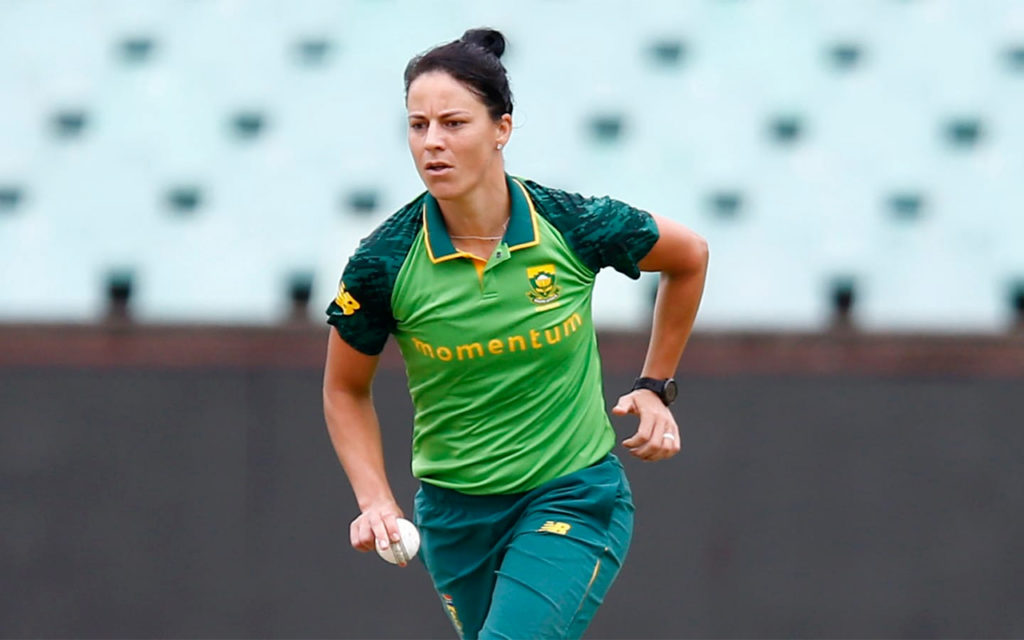 Shabnim Ismail became only the fourth woman in Twenty20 International cricket to claim 100 wickets as the Momentum Proteas beat Pakistan by eight wickets in their series-opener, at the Hollywoodbets Kingsmead Stadium in Durban on Friday.

There was also an excellent second career half-century by Tazmin Brits, who struck an unbeaten 52 off 54 balls (3 fours), as South Africa comfortably chased down a 125-run victory target with six deliveries to spare.

Brits shared in a key 69-run second-wicket partnership with Marizanne Kapp – another player that enjoyed a stellar game by being the pick of the bowlers with three for 24, and also striking 28 off 27 balls with the bat.

Before that, however, it was fast bowler Ismail that claimed the accolades by joining the rare 100 T20I wickets club, that so far includes just three others: West Indian Anisa Mohammed (120), Australia’s Ellyse Perry (114) and Anya Shrubsole (102) of England.

The 32-year-old grabbed two for 20 in four overs to ensure that the tourists did not runaway towards a big total, after they won the toss and opted to bat first.

The Asian side lost wickets regularly throughout and had to rely on middle-order trio of Kainat Imtiaz (24), Ayesha Naseem (31) and Nida Dar (22) not out to get them to a competitive total. Only Muneeba Ali (21) amongst the top four managed to cross the 20 mark.

Apart from Kapp and Ismail, Ayabonga Khaka (1/24) and Masabata Klaas (1/22) also managed a wicket each.

For Pakistan to have a chance their bowlers needed to strike early, but that never happened as Lizelle Lee (22) and Brits provided a solid start for the home side.

They put on 38 together before the former fell to Aiman Answer (2/29), but Kapp then arrived and picked up the pace, before Laura Wolvaardt (15*), batting in her new middle-order role, arrived to finish the job.

Photo 1 Caption: Shabnim Ismail became the first South African, and the fourth international, to claim 100 T20 International wickets, as the Momentum Proteas pace bowler joined her team for an emphatic 8-wicket win over Pakistan in the first of three matches scheduled
at the Hollywoodbets Kingsmead Stadium in Durban. Imager: Cricket SA

Photo 2 Caption: Like her new ball partner, Marizanne Kapp was on top form, enjoying a stellar game as the pick of the bowlers with three for 24, and also striking 28 off 27 balls with the bat, to help set up Tazmin Brits in the most significant of three partnerships that steadily guided the home side towards victory. Photo: CSA

Photo 3 Caption: The support staff lead by Hilton Moreeng will have admired a close-to-ideal performance by the Momentum Proteas in their opening T20I against visitors Pakistan, with incisive play in both the fielding and batting innings. Image: CSA