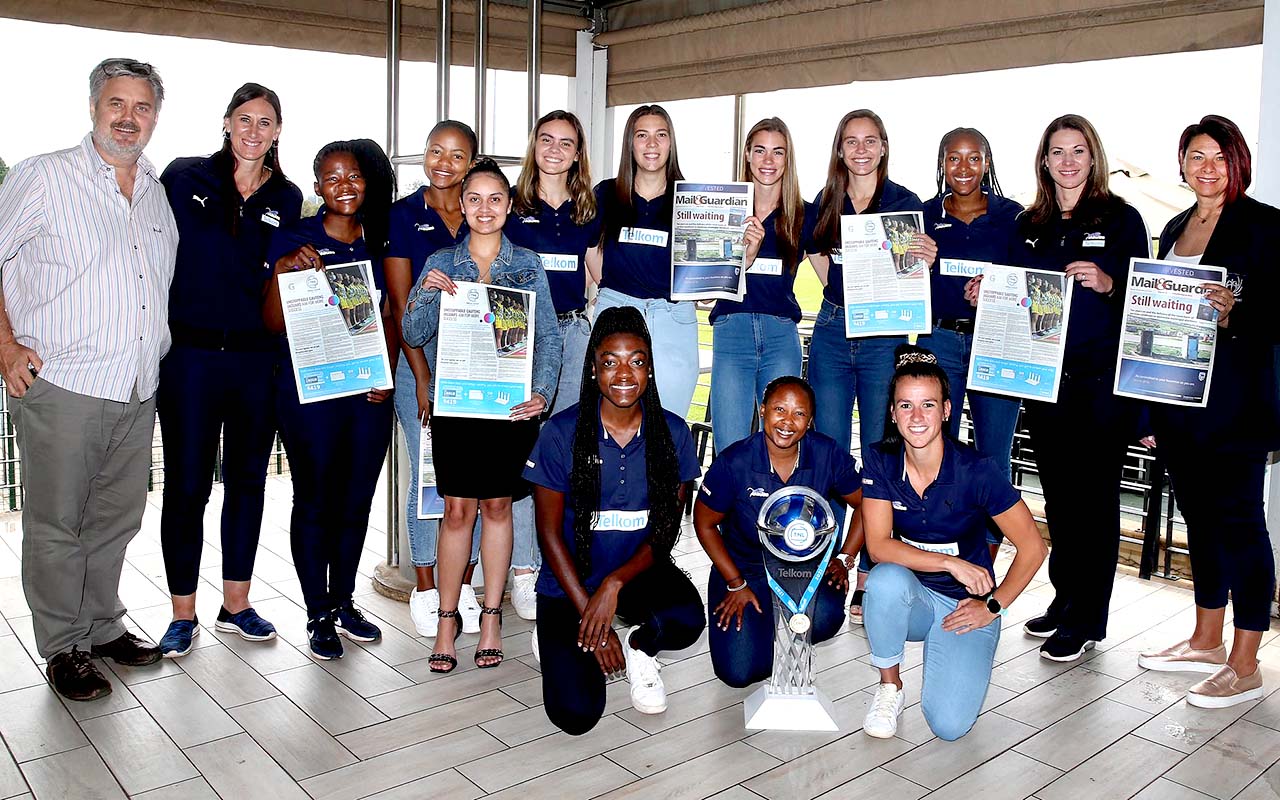 The gsport Team travelled to the High Performance Centre in Pretoria to hand over the supplement which focused on the success of the Telkom Netball League and the rise of netball ahead of the 2023 Netball World Cup.

In celebration of our third feature in M&G, we held our first supplement party, which turned out to be a successful morning, celebrating the support of women’s sport.

“It’s important to get women’s sport out there in the media and to promote it more,” revealed Jaguars captain and overall TNL Player of the Tournament, Marlize de Bruin.

Up to 15 players and management were in attendance, led by coach, Jenny van Dyk who guided the Gauteng side to their fifth consecutive TNL title.

Joining in on the festivities, Telkom’s Head of Sponsorships, Braam Wessels showed his support as the telecommunications giant continues to back the growth of netball from grassroots to national level in South Africa.

Apart from the supplement handover, the team were elated as gsport surprised them with the official Momentum gsport Awards gift for their continuous success on court and motivating the next generation to break boundaries.

We hope that it grows in leaps and bounds. @TelkomZA & @Netball_SA thanks for giving us the opportunity to contribute so richly to women’s sports 🐾 pic.twitter.com/KKc1Fm1flw

You can get a copy of the latest M&G at your local store to show your support for women’s sport!