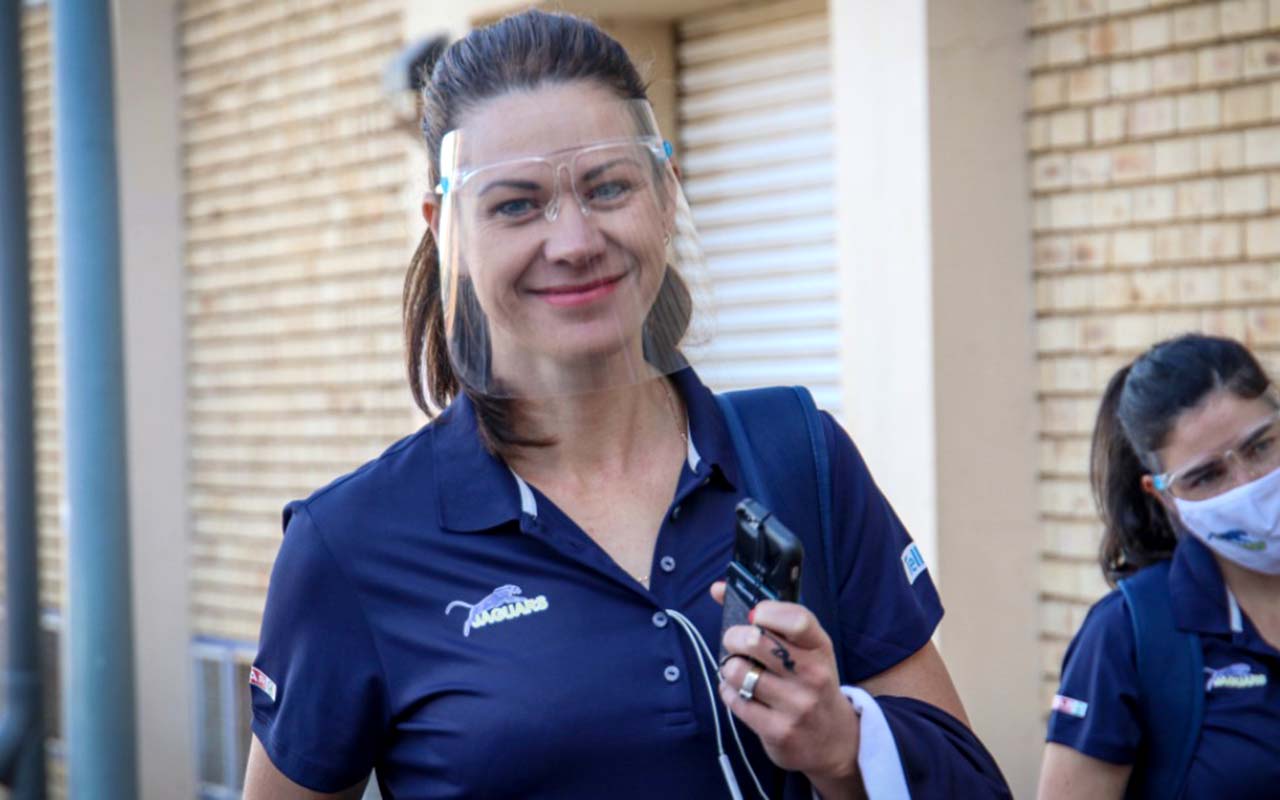 Tuks’ Jenny van Dyk is a coach with the “Midas Touch” and the results are proving as she continues to break boundaries in her career.

Since August, the teams coached by van Dyk won four of the five national tournaments they contested. The climax was on Sunday, 17 October 2021, when the Gauteng Jaguars won the Telkom Netball League for the fifth consecutive year.

It is impressive to note that since 2017, the Jaguars lost only three of the 57 games they played in the national league. The Southern Stings beat them twice and forced the Jaguars to a draw once. The North West Flames is the only other team that got the better of the Jaguars over the past five years.

On Sunday, five of the Jaguars starting line-up were Tuks players, while three more “played” from the bench. It is the second time that Tuks’s Marlize de Bruin captained the team to win a Telkom title. She deservedly ended up being the Player of the Tournament. Danielle van Zyl (Tuks) was the best centre court player.

In September, Tuks won the USSA Tournament, while Tuks’s under-19 team are the Twizza National Club Champions. The Tuks youngsters also formed the core of the Tshwane team that won the National Under-19 Tournament.

“I want every team I coach to play the final. It is essential that the players do because, with every final, they gain confidence.” – Tuks Netball Coach, Jenny van Dyk

“The goal never changes. I want every team I coach to play the final. It is essential that the players do because, with every final, they gain confidence. The benefit of this is that they don’t panic during pressure situations,” revealed van Dyk.

Van Dyk believes in never leaving anything to chance. She has ascribed her success to following a “tick-box system”.

“My campaign for any tournament starts with a good game plan. It means trying to figure out every possible scenario beforehand. Still,  nothing is ever set in stone. As a coach, I constantly tweak things to see if I can give the players an edge.”

A good example is how the Jaguars chose to get the ball to the shooters in the circle during Sunday’s final. Ever so often, the ball was played low, basically bounced into the shooter’s hands.

“I like it when the teams I coach play entertaining netball, but ‘pretty’ netball does not equate to winning netball. We needed to change our strategy after we lost to Stings in a round-robin match. Stings’ defenders are pretty tall. So if the ball is played high, it is easy for them to disrupt our play. So it was decided to keep the ball low. A tall player does not like to play from the ‘ground’ upwards. The plan worked,” van Dyk explained.

“To be honest, I think I finetuned my ‘recipe for success’. Apart from strategising, it is all about ensuring the players are mentally and physically up to any challenge.”

Photo 1 Caption: Tuks’ Jenny van Dyk is a coach with the “Midas Touch” and the results are proving as she continues to break boundaries in her career. Photo: Netball SA (Twitter)