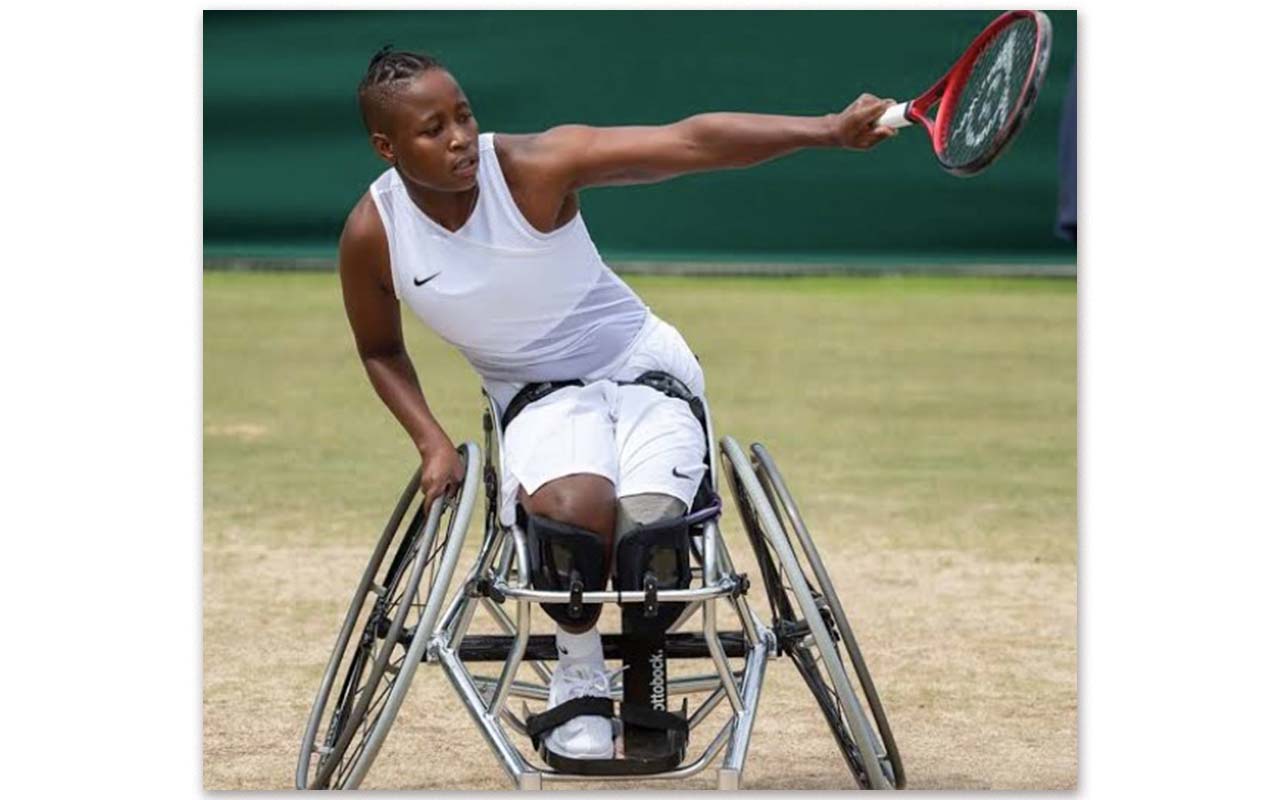 Montjane and Shuker, who faced Dutch top seeds, Diede de Groot and Aniek van Koot, lost the first set 6-0, but looked to bounce back in the second set, eventually losing 7-6 after experience played in the path of de Groot and van Koot.

Montjane grabbed the headlines after making history by becoming the first South African woman to reach a Wimbledon singles and doubles final.

In 2018, South Africa’s Lucas Sithole was a runner-up alongside Dylan Alcott at the first ever men’s quads doubles event during the 2018 Wimbledon Championships.

Montjane is not done yet at Wimbledon. The four-time Momentum gsport Awards Athlete with Disability winner will look forward to proudly flying the South African flag when she faces Diede de Groot in the women’s wheelchair singles final on Sunday.

Just reaching a Wimbledon final is momentous. Achieving your dream of reaching your first grand slam final is amazing. Losing in the doubles final at Wimbledon is still highly achieving. Kgothatso Montjane you’ve done it all at #Wimbledon2021 and South Africa is PROUD of you pic.twitter.com/bCglQ5Xxyk

KG doing us proud as ALWAYS!

Now on to the singles final for KG tomorrow 🇿🇦

She's my Tweet of the Month… Congratulations @KGmontjane1 for making champion moves in Wimbledon🎾. We are always inspired by you Superstar ❤️, all the best for the final 🙏💐🎉 pic.twitter.com/V5qML61IoM