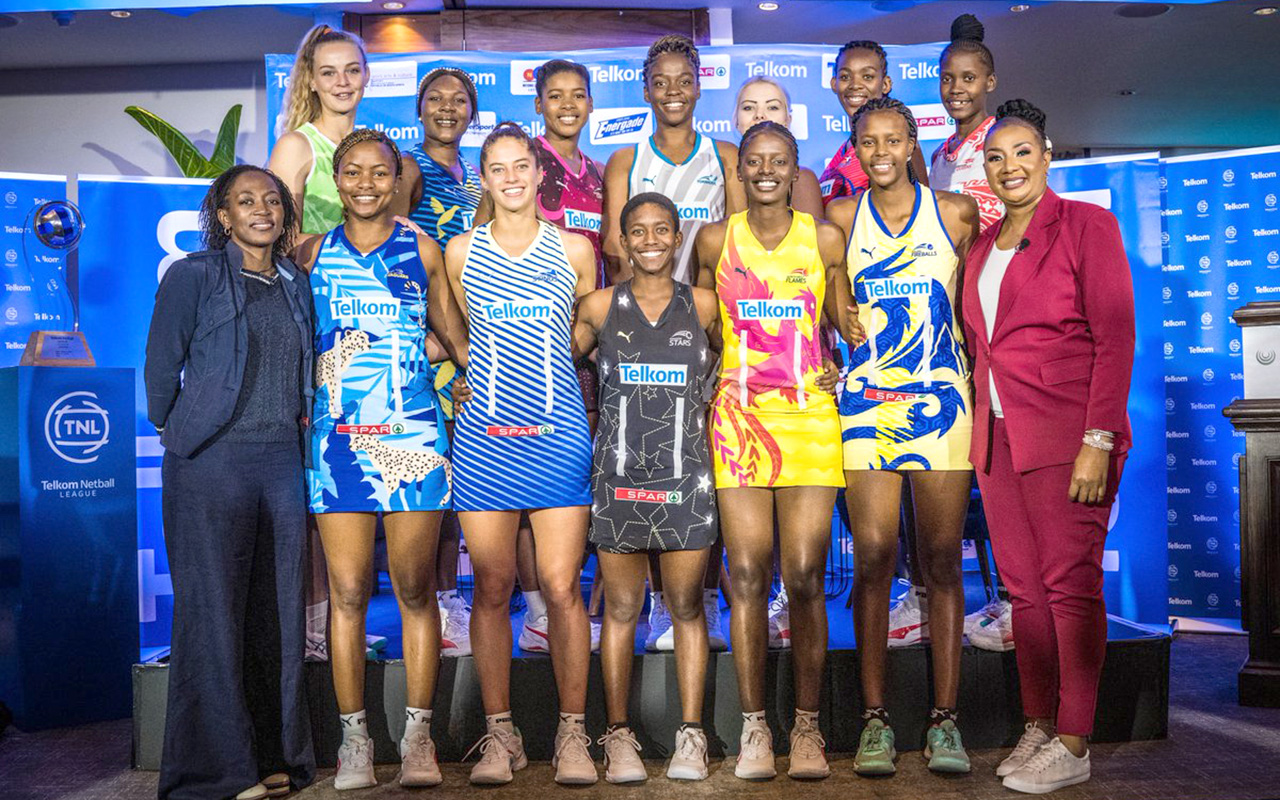 Southern Sun Rosebank was buzzing with members of the media, netball administrators, players and sponsors as Netball South Africa announced the dates and venues for the 2022 Telkom Netball League season.

Telecommunications giant, Telkom who are the headline sponsors of the domestic league are on their fourth year of their relationship and partnership with the netball federation after coming on board in 2019.

The 2022 Telkom Netball League season will be played across two provinces over eight weeks. KwaZulu Natal (KZN) will host the opening power week of the tournament from 27 April until 2 May 2022, and these matches will be played at the Olive Convention Centre in Durban.

Gauteng will then host the remaining matches of the league from 20 May right until 19 June 2022 and these games will be played at the familiar Heartfelt Arena in Pretoria which is the same venue that hosted the first leg of this tournament last year (2021).

A Big Year Ahead

Cecilia Molokwane, Netball South Africa President said, “This is a very big year for us as a federation and for netball. We are getting ourselves ready to host the World Cup in 2023 and this is a perfect opportunity for the national coaches to also scout some players for next year.

“Unlike last year, in 2022 the SPAR Proteas players will be in action, and this will also give the coaching staff an opportunity to assess players that will be going to Commonwealth Games in Birmingham. I am truly excited that our relationship with Telkom has grown to what it is today, our vision and goals are aligned, and we are well on our way to making sure that we grow the game and ultimately turn it professional.”

The league comprises of thirteen teams from all the nine provinces with Gauteng, KZN, Eastern Cape and Western Cape each having two teams. The Gauteng Jaguars who are the defending champions and the most successful team in this league after winning the trophy five times will be looking at continuing this path and defend their title once again.

The Eastern Cape Aloes who are also Division B Champions for two years in a row would also be looking at defending their title and hopefully moving to Division A after missing the opportunity last year when they lost to North West Flames.

“The 2022 Telkom Netball League is finally here and as proud sponsors of the tournament, we are looking forward to yet another successful event showcasing the best talent in South Africa,” said Masingita Mazibuko – Telkom’s Executive: Brand & Consumer Marketing

“Through the TNL, our aim is to continue growing the sport and encourage participation among young girls and women around the country. With the 2023 Netball World Cup upon us, the TNL provides a great opportunity for our players to prepare, compete and work hard in order to be noticed and scouted.

“We are also excited about the return of fans and hope to see them at the games, cheering and supporting our ladies. We’d like to thank our partners Netball SA for their hard work in organising the TNL and making sure that women have a platform to shine,” said Mazibuko.

A notable change in this year’s edition of TNL is that Jaguars will be without Jenny van Dyk, who has taken the role of Mentor Coach to Rozanne Mathys, who has been confirmed as the Head Coach of the team. Burta de Kock has also left her post as head coach of Crinums, she will be a mentor to her long-time assistant Martha Mosoahle-Samm, who is now the Head Coach.

Netball South Africa’s technical sponsor, PUMA have also launched new playing kits for all the thirteen teams, and these were unveiled at the launch.

Following her appointment to Netball South Africa’s Executive Committee, Annelie Lucas will not be seating in the dugout this year for last year’s runners up the Southern Stings and will be replaced by Marchelle Maroun.

Emily Mathosa who was assistant coach to the Region 5 team that went to Lesotho will take the reins at the Limpopo Baobabs while Precious Mthembu assumes her role as head coach of Kingdom Queens.

Dr Jordaan Back with the Fireballs

Former Flames coach Dr Elsje Jordaan makes a return to this year’s TNL to her former team, The Fireballs as head coach.  Mpumalanga Sunbirds who had their first ever podium finish in 2021 after winning bronze medal under Thembi Mtshali will be happy to know that their coach will return with the team again. Elsunet du Plessis will be in the dugout for the North West Flames this season.

“When I see young coaches coming up and taking up senior coaching roles, this makes me very happy because this reemphasises what we have been working towards and that is to make sure that we put systems in place that allows growth in the sport not only for players but coaches and umpires respectively,” concluded Molokwane.

With lockdown restrictions being lifted, the league will see the return of fans for the first time since 2019 coming into the arenas to watch netball.

Photo 1 Caption: Thirteen teams from South Africa’s nine provinces will contest the 2022 Telkom Netball League, which will be hosted in KZN from 27 April to 2 May, and in Gauteng from 20 May until 19 June 2022. Photo: Netball SA / Twitter