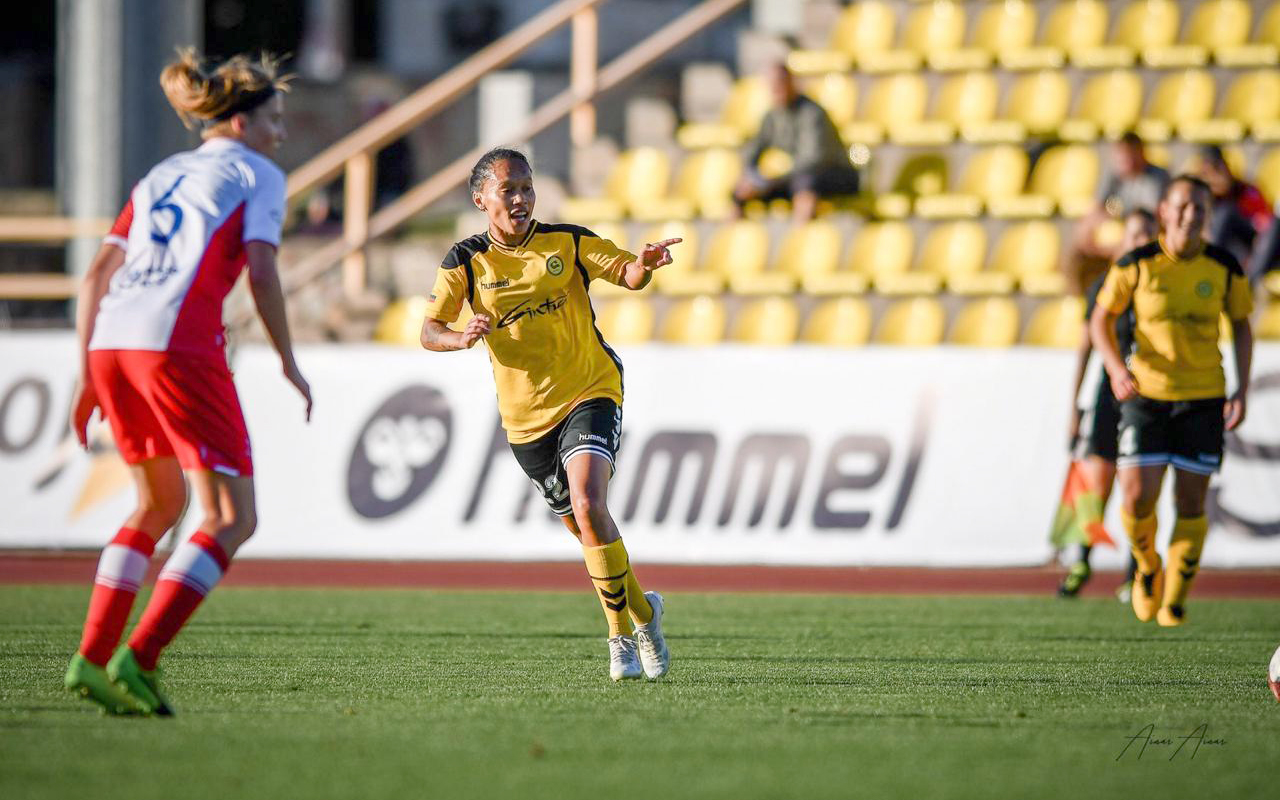 “I’m excited about the move to Sweden,” Smeda told gsport, “And I’m looking forward to a new challenge.”

“Sweden has a really good league, it’s one of the best women’s football leagues in the world.” – South African international footballer, Leandra Smeda

The popular Banyana Banyana winger was first signed by Lithuanian team FK Gintra-Universitetas, where she made her name by netting the first goal by a South African woman in the UEFA Women’s Champions League.

“I’m signed to LTA agency, so my agent came with the offer early January,” explained Smeda ahead of joining the Hässleholm-based team once the paperwork is finalised, where she will join her new team in Sweden’s premier women’s league, Damallsvenskan.

Smeda is upbeat about SA women’s football, and looks forward to representing her alma mater, the University of Western Cape in domestic fixtures, should the opportunity arise.

“I think it’s great that the Minister of Sport is coming on board,” she said of Minister Tokozile Xaba’s announcement of SRSA’s substantial investment in South African women’s football, “It shows there is progress, and hopefully the rest of the corporate world will also come on board and support women’s sport.”