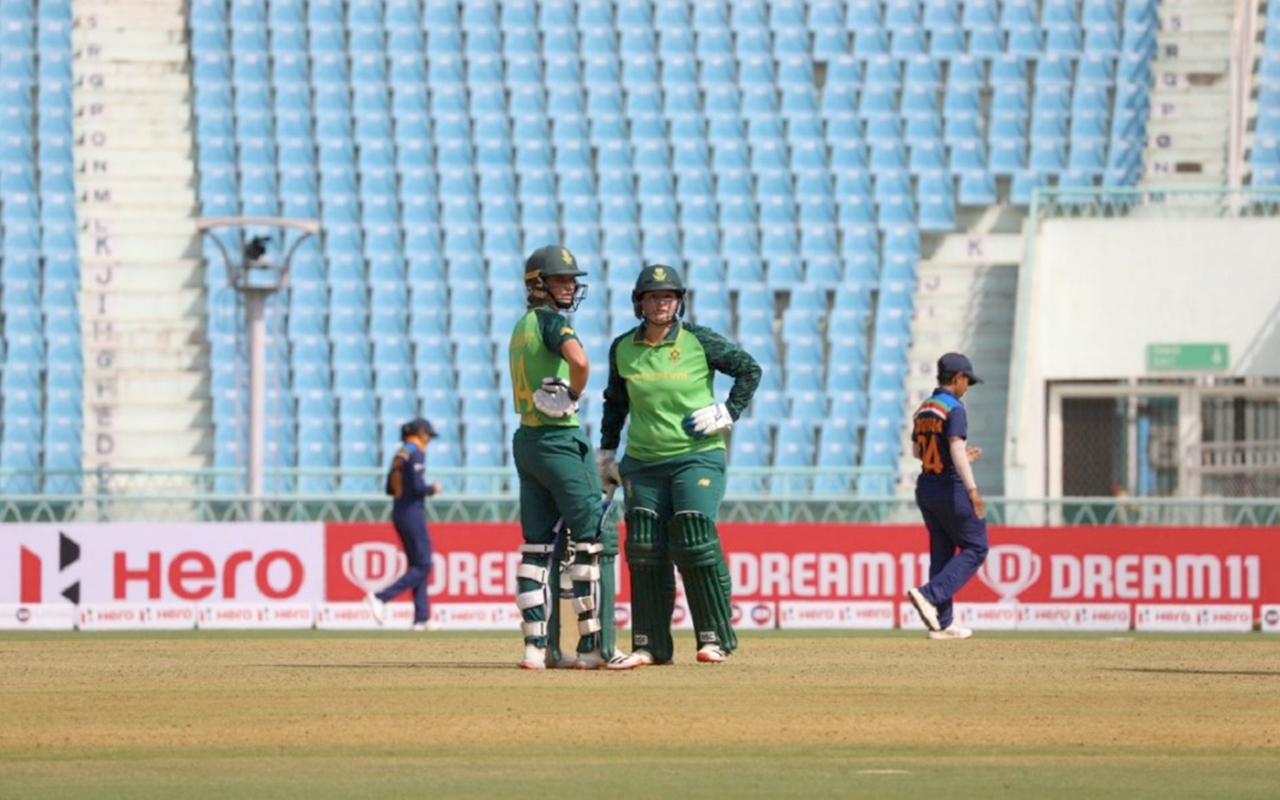 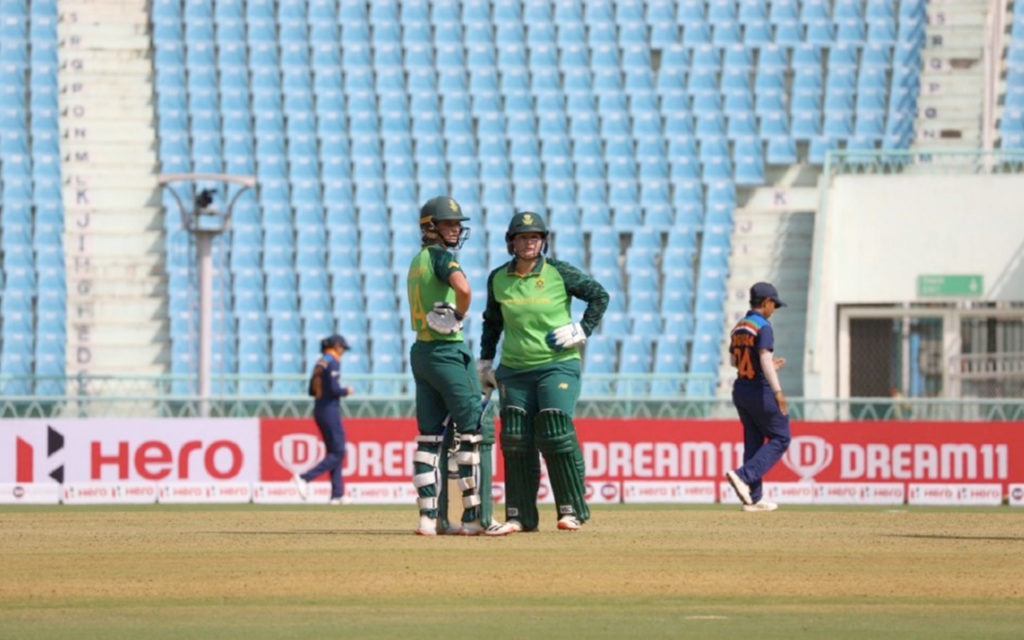 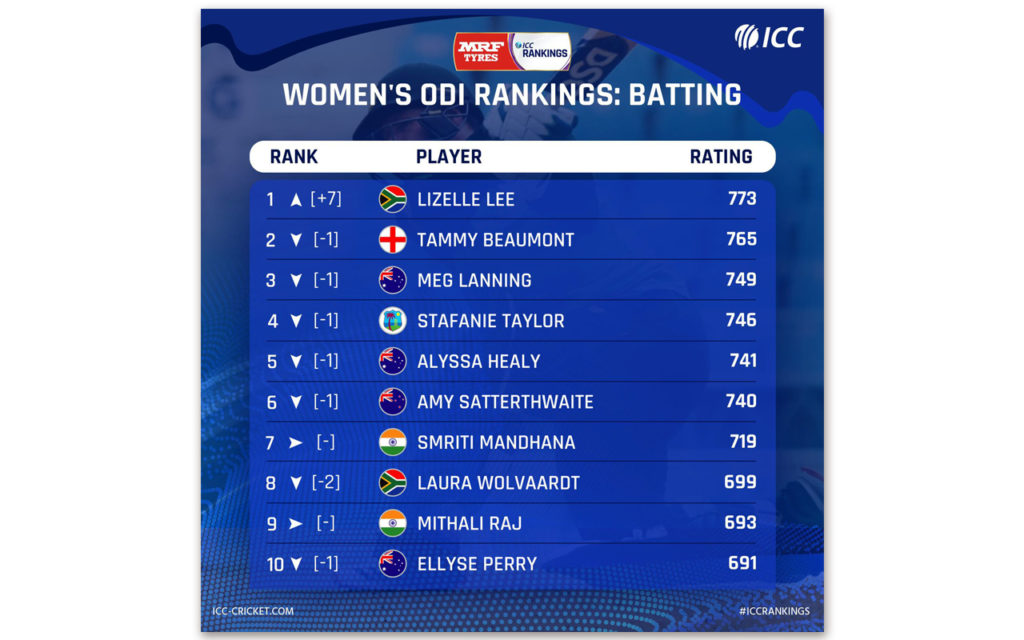 Lizelle Lee is on cloud nine and her team mates can’t get enough of it after the star Momentum Proteas opening batter climbed up seven spots to displace England’s Tammy Beaumont as the top-ranked ICC Women’s ODI batter.

Lee has risen to the top after her impressive run in the ongoing ODI series against India in Lucknow including scores of 83 not out off 122 balls, 132 off 131 balls and 69 off 75 balls.

The 28-year-old is currently the only South African to lead the batting rankings twice after topping the charts in 2018 for the first time when she hit 117 runs against England.

Her reign at the time only lasted three days, this time around, Lee would be eager to hold on to her spot with a fire performance in the fifth ODI match against India on Wednesday, 17 March 2021.

Lara Goodall’s career best of 59 not out in the fourth ODI against India, has seen her rise 27 places to 48th.

Her superb form in the ongoing series against India has helped Lizelle Lee shoot up to the top of the @MRFWorldwide ICC Women's ODI Rankings for batters! pic.twitter.com/yAU76yfl6x