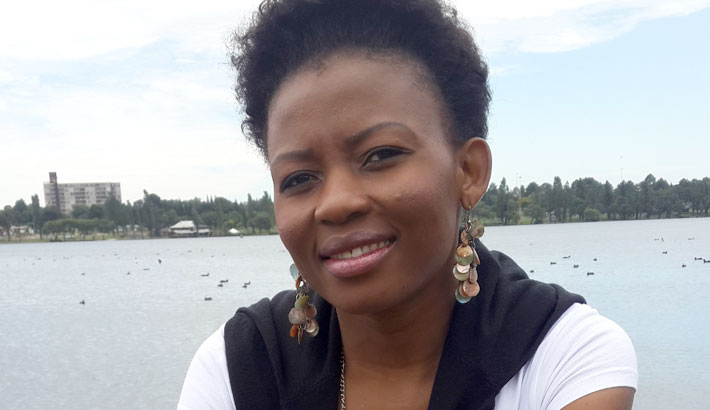 Virginia Mabaso is a Development Coordinator at Rowing South Africa. Her job is to ensure she grows the base of rowing from grassroots and introduce the sport to new communities.

She is passionate about her work and is also aware of the challenges that faces sports development in South Africa.

What stands out about Virginia is her deep commitment to her role in elevating rowing and contributing to the transformation of the sport.

It is this dedication that has earned her a nomination for Administrator of the Year at the SA Sport Awards.

She spoke to gsport about her role in sports development, her achievements to date and her advice to aspiring sports administrators.

Virginia:- Congratulations, how does it feel to be nominated for the SA Sport Awards Administrator of the Year award?

Absolutely amazing, it feels so great to be acknowledged for the work we are doing out there.

How has the nomination impacted your life in this short space of time?

I still feel like its dream that I am going to wake up from, you know. Even though I have always represented my federation well, the nomination has automatically affected how I present myself in public as now not only to the Rowing fraternity that I am responsible to, but the sports fraternity and community at large. Now there are more people looking up to me to contribute more to sport.

Why is it important to honour people for the work they do in sport, as the Minister does with the SA Sport Awards?

It is really important to honour people for their contribution to the growth of our sport in the country. Sport plays a huge role in developing and grooming a child/adult and through sport we are able to address a whole lot of social ills. Most of the Sports personnel render their service on a voluntary basis, so recognition of this nature encourages a person to continue to give their time, and for athletes, it encourages them to push harder and represent our country well.

Within my role, I am responsible for the development of Rowing in South Africa. To introduce Rowing to areas where there has never been rowing before, expose the rowers to competition to be able to measure whether the rowers have what it takes to make it to the World Championships, and so forth. Making sure that the code is accessible to all.

What has been your most significant achievement at the Federation as development coordinator?

When I took over the Indoor Rowing programme in 2010 we only had one club in Giyani, with no formal competition calendar for Indoor Rowing, and the goal was to be represented in all the South African nine provinces.

In August 2015 we achieved that goal, with South Africa National Indoor Rowing  Championships running for 3 years now, leading to the SA Champs.

We have progression events with targets set for rowers to meet to ensure that transformation goes hand-in-hand with meeting the objectives of the SRSA, and being competitive, and to see all this happening – that has been the greatest achievement indeed. Of course, reaching out to more districts has now become my goal for 2016/2017

How has the public responded to Rowing SA’s development programmes?

At first it was very difficult as Rowing was mainly known to be in private schools or model C schools, mainly dominated by white individuals, and a lot of communities were not aware of what is ROWING. But following the Gold medal that we won in 2012 Olympics, it was easy as I made reference to that, and lot of communities could relate.

Each time I travel to a new area I made it a point that I at least know the language spoken in that area, studied the culture to make sure that I don’t appear to be offensives to the elders of those communities, and I had to be more convincing in my presentation.

I dealt with a lot of myths like if a girl child rows they will never the able to give birth later, and being an African black women myself, I was able to calm their nerves a bit, but I always had to answer one question, “How did you get involved with ROWING?”.

But I have to say things have been much easier now.

How would you describe the growth of rowing among young girls and women in SA?

It has increased drastically between 2012 vs 2014, and this year we have seen a 10% growth. Gender ratio of registered rowers is at 68% male and 32% female. Black rowers make up 33% of registered membership – up from 20% in 2012, mainly as a result of the success of the Indoor Rowing programs.

Who are some of the people who have supported you throughout your career?

I can mention a few, but first and foremost is my family. With this programme I literally live my life on the road, as I travel from one province to the other, and my family are there to look after my son.

In the Rowing fraternity, Mrs Wimpie du Plessis, our former President – She basically trusted me with this project, and believed in me that I will deliver on the goals of the federation, and gave me a platform to come up with the “how-to-do-it” plan. I am grateful for the opportunity afforded by the Federation.

Not forgetting out Administrator, Mrs Gaynor du Toit, who has been there for me and assisting me when we ran our development camps and SA National Indoor Rowing Championships. Thank you Gaynor.

What is your advice to women who want to break into sports administration?

Anything is possible if you are determined to achieve something.

One needs to be self-motivated, passionate about sport, and be compassionate, as with sports you work with people and people of different characters, and one needs to have people skills, and a heart  to withstand the challenges that comes with sports. Study in the field you are interested in, as sports administration is very broad.

But naturally women, we are national builders, so if you empower a woman in the sports, you have empowered the Nation.

What are your hopes for the growth of sports administration?

I would suggest that sports administration seminars are held regularly. This will assist all sports codes in sharing how they have driven and achieved their transformation goals, which may be helpful to other codes.

Also bearing in mind that there are different challenges for different codes.

But I believe that if we share our experiences and what we have encountered in the areas we have reached out to, we could help the code that are still to reach those areas, as to what to expect culture-wise, and what are the needs out there.

Photo 1 caption: Her work in expanding the reach of Rowing SA to all of South Africa has earned the federation’s development officer Virginia Mabaso a berth as one of three finalists in the annual SA Sports Awards’ Administrator of the Year category. Photo: supplied

Photo 2 caption: Sports and Recreation South Africa’s Twitter account confirms the nomination of Rowing South Africa’s Virginia Mabaso as one of three finalists up for the 2015 Administrator of the Year Award, at the annual SA Sports Awards. Image: Twitter screen-grab

Photo 3 caption: Mabaso pictured on the red carpet at Sport and Recreation SA’s official announcement of nominees ahead of the SA Sports Awards. Photo: Supplied