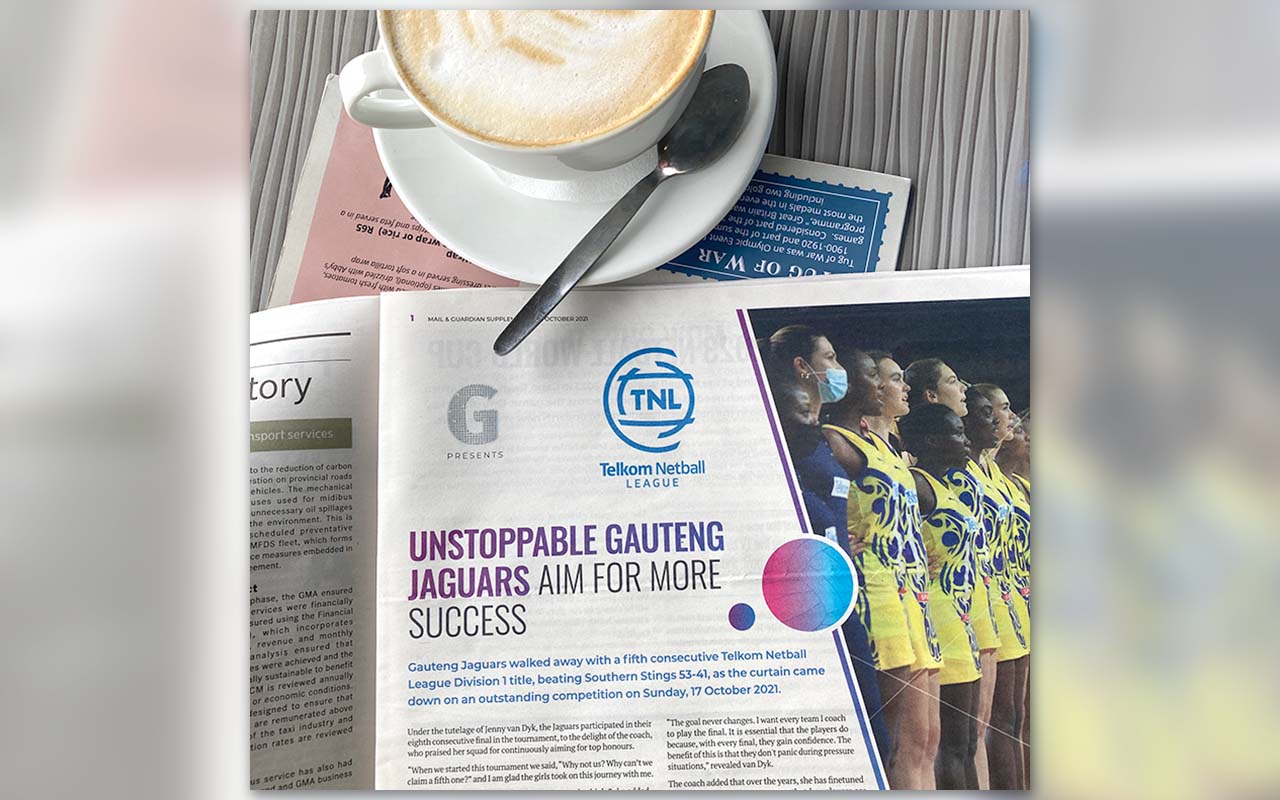 More than a year ago, gsport partnered Africa’s best read, the Mail & Guardian to close the visibility gap by increasing mainstream media coverage of women’s sport on the continent.

Since then, the M&G has featured leading gsport content pieces in the paper and online, helping the gsport newsroom powered by Momentum in partnership with Telkom to amplify its content and reach as many people as possible.

Shortly after partnering M&G last November, we published gsport’s first ever newspaper supplement, as we celebrated the announcement of the GAL2020 recipients. Women in sport went out in numbers to buy the paper and support increased mainstream coverage of women’s sport.

We got our copy of today’s @mailandguardian 🔥Get yours and celebrate increased coverage of women’s sport in mainstream media 🙌 #GAL2020 #MGxGSPORT pic.twitter.com/ayOwpL73Iy

Our third M&G supplement was special to us because it was our first supplement that focused entirely on one sporting code, netball, as we showcased the success of the Telkom Netball League.

The gsport Newsroom along with Telkom also got the opportunity to meet with the history making TNL champions, the Gauteng Jaguars, to hand over the supplement to them, and remind them of the support they enjoy in the mainstream media space.

As we come to the end of a successful year for women’s sport and on the back of a successful #GAL2021, our fourth and final M&G supplement in 12 months, will celebrate our 10 gsport Newsmakers of the Year, and shine the spotlight on efforts to close the visibility gap and ensure increased greater coverage.

Show your support and buy the Mail and Guardian on Friday, 10 December 2021, to get your hands on our special #GAL2021 Supplement. Tag us #gsport4girls on social media while holding a copy in your hands, and you could win a special gsport prize!

Photo: Sitting down with a cappuccino and the gsport’s first sport code-specific published supplement in the Mail & Guardian this October, which focussed on Netball and the 2021 Telkom Netball League, won by the Gauteng Jaguars. Photo: Supplied