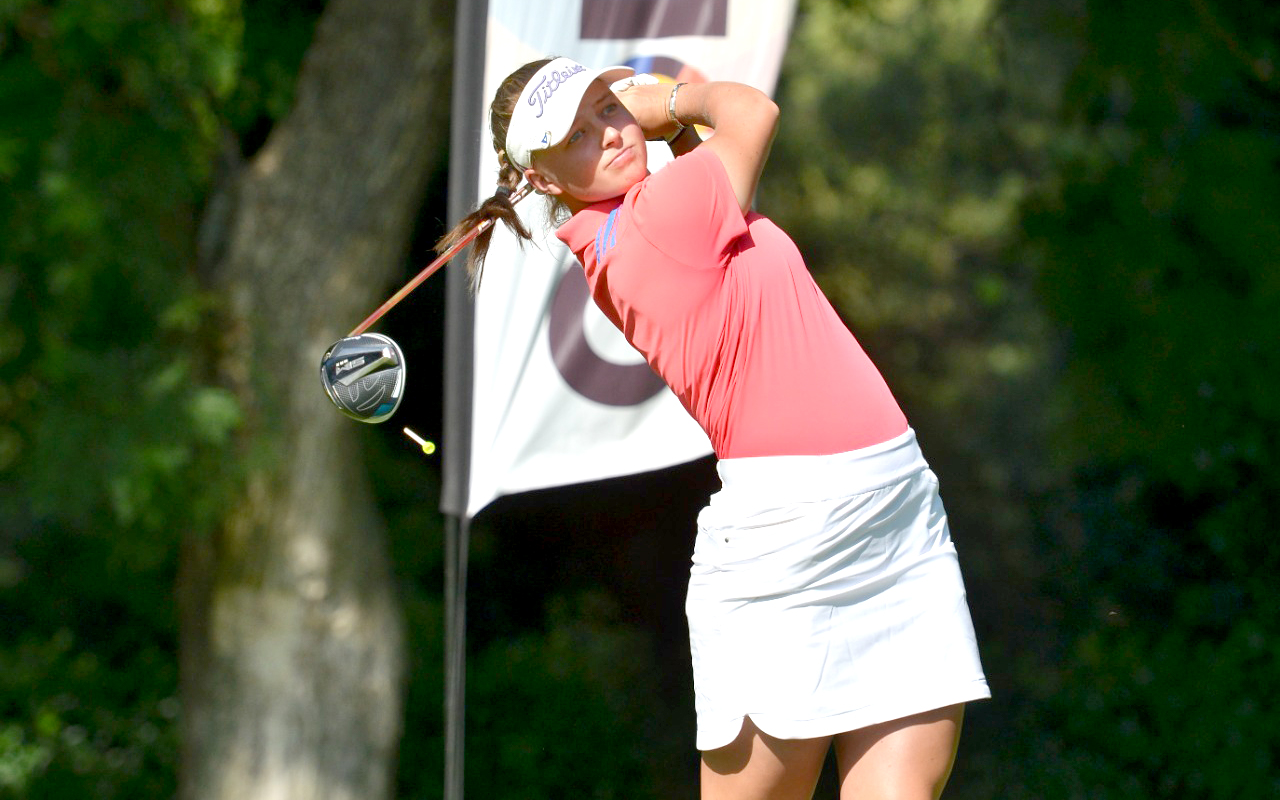 Top seed Megan Streicher looks to be the player to beat as she marched on to the quarter-finals of the South African Amateur Championships at Royal Johannesburg & Kensington Golf Club on Wednesday, 17 February 2021.

Streicher continued her quest to claim the SA Women’s Amateur double as she breezed into the quarter finals with two comfortable wins.

After celebrating a one-shot victory in the SA Stroke Play Championship on Tuesday, the 18-year-old dispatched Lize-Marie Prinsloo of Mossel Bay 5 & 4
in the opening round of the match play event. She followed it up with an equally comfortable 4 & 3 win over Demi Flanagan in the afternoon’s second round.

Next up for the country’s top ranked junior is a quarter-final meeting with last year’s runner up Kyra van Kan, who overcame Cheslyn Jacobs 5 & 4 and Samantha Whateley 7 & 6.

As the women move from the West Course to the East Course, Streicher was excited to go one step further than last year.

“I’m definitely excited that I made it past the first round,” she said.

“My caddie (dad Barry) is doing a great job of keeping me on point.” – GolfRSA Top Seed, Megan Streicher

“I played pretty well and I’m happy that I’m hitting my woods a lot better. When I missed a greens, I was able to up and down well. My caddie (dad Barry) is doing a great job of keeping me on point.”

Macnab saw off Kim Turgut 5 & 3 in the opening round and followed that up with a 6 & 4 win over Pretoria Country Club’s Bronwyn Leigh Doeg, while Rothman beat Crystal Beukes 6 & 5 in the morning before comfortably winning 8&6 against Oubaai’s Jasmine Furstenburg.

“I’m really happy with how I hit the ball today,” said the 18-year-old Serengeti golfer. “The putter warmed up a little, not a lot, but at least it went a little better on the greens. I’m looking forward to the East tomorrow. It should be a great match against Jordan.”

In the last of the quarter finals, Cara Ford will take on 2021 Gauteng North Junior Girls champion Gabrielle Venter for a place in the final four.

The petite Randpark spitfire caused the upset of the day when she edged recent Eastern Province Border Championship winner Larissa du Preez 1 up in the first round. She followed her giant-slaying performance with a fine 3 & 1 victory over Ebotse’s Kaylan Boshof.

Venter reached the quarter finals last year and is looking to go one better after beating Liezl Smit 2&1 and edging Carmen Taljaard on the 19th hole.

The Umhlali golfer beat Shani Brynard 2 & 1 in the morning session, and knocked out Elizabeth Lightley 2 up to reach the final eight. She faces Benoni Lake golfer Nicole Strydom, who edged Lea van der Merwe 7 & 5 and Tebogo Lefifi 1 up.

Randpark’s Lauren Clough, who came through the first day with 4 & 3 and 5 & 4 victories, will go head-to-head with Zane Kleynhans from Centurion, who defeated Hanne Rademeyer 3 & 2 and Chloe Malgas-Kelpin 1 up.

In the final match of the day, 14-year-old ERPM golfer Paola Sakota will face off against seasoned mid-amateur Charlene Oosthuizen, who eliminated 11-year-old Kaitlyn van de Vyver – the SA Women’s Stroke Play B-Division winner – 3 & 2 in the morning and edged out Chloe Valkin 1 up in the afternoon.

Sakota won her first match against Kaylin van der Merwe 1 up, and birdied the 18th on the West for a 2 & 1 result against Mandie Badenhorst.

After the morning session, the semi-final rounds will be played in the afternoon, with the 36-hole finals in all three divisions scheduled for Friday.