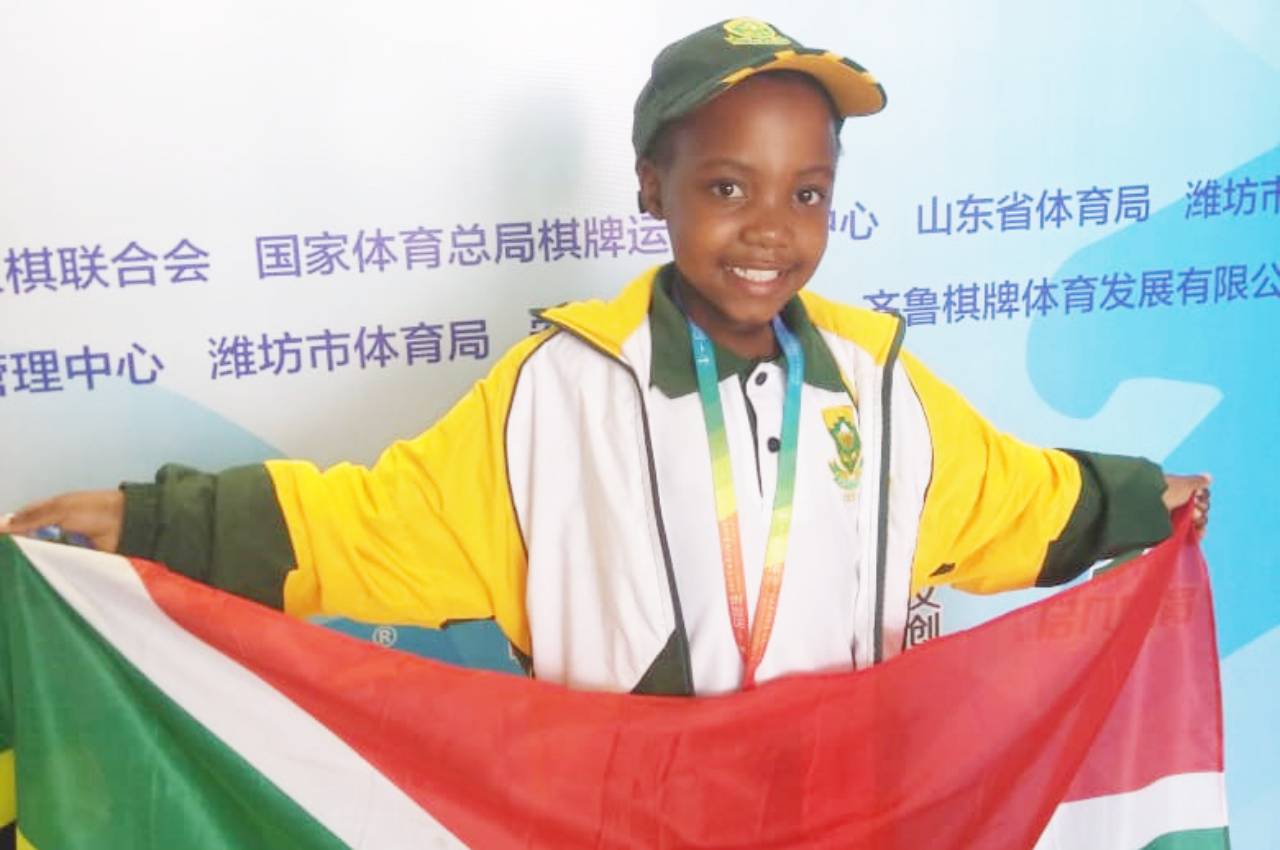 The self-made Chess champion had to miss the 2019 Momentum gsport Awards ceremony last weekend where she was crowned the School Sports Star of the Year, becoming gsport’s youngest winner ever.

Minentle’s coach, Nkagisang Tshabadira, gave an update on the talented youngster and the upcoming competition in Namibia.

”She wasn’t used to the environment and the setup in the beginning but she got used to the conditions.” Tshabadira said.

Although ‘Minnie’ may not have claimed a medal, she did just enough to prove why she’s amongst the best in her age group to have participated in the prestigious competition.

“She got four points, which is an average South African score. I am really proud of how she fought against the touch competition. More especially the experience and knowledge she got from this.

“I believe she has learnt a lot from this competition and is looking forward to the continental championship,” concluded the confident coach.

Minentle’s focus now turns to local and district tournaments before heading to another big competition in Nambia on the 14th of December for the African Youth Chess Championships.