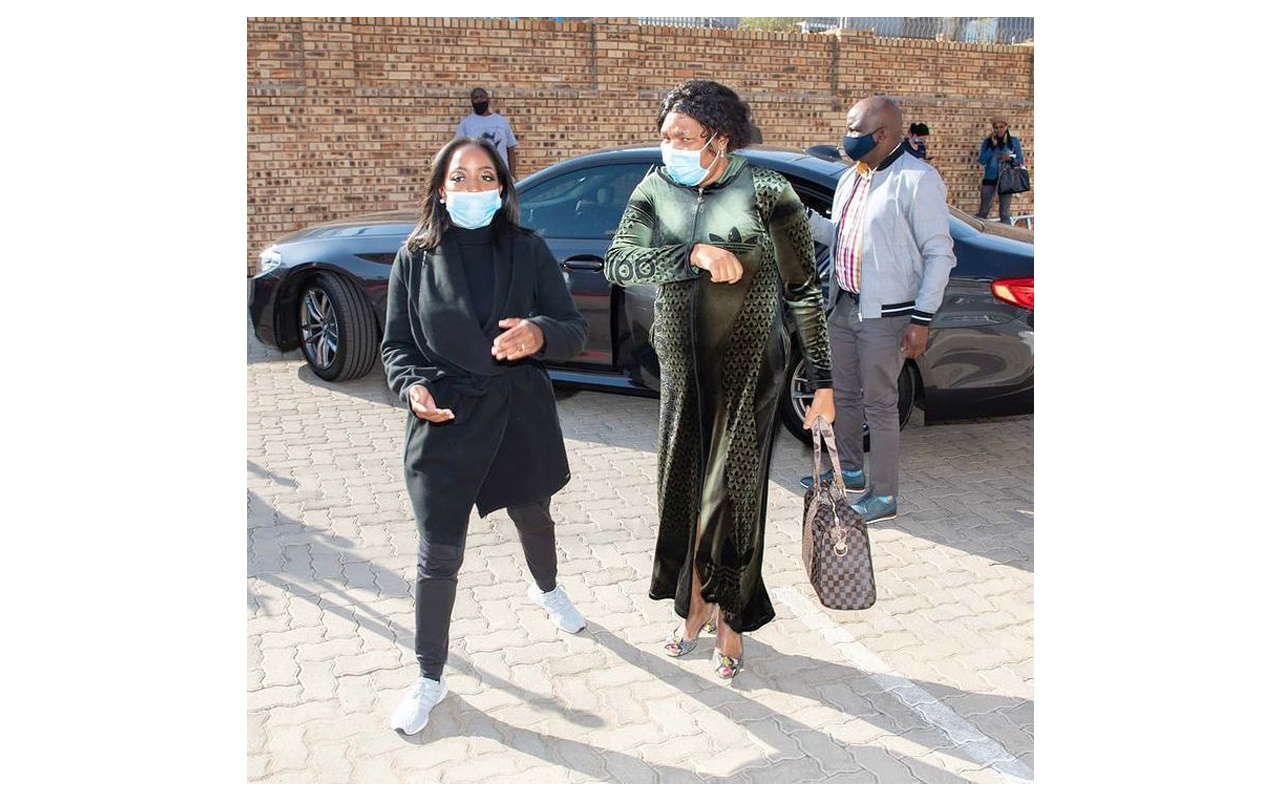 In August 2020, leading women’s sport initiative, gsport, decided to play its part by creating short-term job opportunities through its #gsport15 campaign, to ease the pressure on the media industry, which was starting to shed jobs at an alarming rate.

This development was only possible because of the sincere support of Naming Rights Partner, Momentum, the Department of Sport, Arts and Culture, Brand South Africa and Estee Lauder, which allowed gsport to engage independent women contractors to power its annual awards celebration.

In a year like no other, when sponsorships were being cut, these partnerships powered the 15th edition of the country’s longest running women’s sport awards and allowed women small business owners to lead from the front and produce a memorable celebration of women’s sport at the Momentum gsport Awards.

Covid-19 has had a devastating impact on small businesses in South Africa. A recent study published in collaboration with the Department of Small Business Development found that the lockdown forced the closure of 42.7% of small businesses.

The #gsport15 campaign paid out over R300 000 to independent contractors during the campaign while honouring the award winners with prize money to the value of R220 000 in total.

The employment opportunities and receipt of prize money helped women advance their career and also eased the financial strain caused by Covid-19.

The night of the awards provided opportunities for rising women in sport media to make the step up.

Step Up for the Big Night

Sinethemba Mbatha, who featured on the awards Presenter Squad team as Social Media Host, was honoured to be recognised for always going above and beyond to ensure that women’s sport is respected on her various social media platforms.

“When the Coronavirus outbreak happened, I had expected women’s sport to take a back seat because the virus seemed like it was here to hinder the progress that women in sport were making but I was wrong – Women’s Sport Strived!

“Working on the awards campaign for me was first of all an opportunity I was grateful for and for the first time, I got paid to do something I loved during a pandemic, so that alone shows the respect that women in sport are slowly getting. That was massive for me!” Mbatha admitted.

Campaign messaging was important and two key hires in this regard were #gsport15 campaign PR Manager, Lerato Malekutu and Sub-Editor, Lonwabo Nkohla.

Malekutu, a former Proteas media manager, says she was grateful to be gainfully employed at a time when the industry offered limited opportunities.

“I got paid to do something that I love during a time when income in the industry was limited; that is about as good as it gets.” – gsport15 campaign PR Manager, Lerato Malekutu

Seasoned Radio 2000 Sport Anchor, Nkohla, says that the opportunity to work solely on amplifying women’s sport was a career highlight.

“A global pandemic will definitely add an extra layer of uncertainty where career advancements and bills are concerned – especially being a woman – so the opportunities during the #gsport15 campaign definitely made a huge proportion of my 2020 make sense and I do not take that for granted.

“The gsport platform as a whole, as well as the Momentum gsport Awards gave many other women and I an opportunity to grow at a time where things looked bleak,” she continued.

Nkohla also got the golden opportunity to be the Voice of God on the night of Momentum gsport Awards.

“I took up space, and cemented myself as one of South Africa’s voices,” she beamed.” – 2020 Momentum gsport Awards Voice of God, Lonwabo Nkohla

The introduction of the Writer’s Block brought a fresh dimension to the awards campaign as experienced journalists took up the challenge to champion this year’s finalists and got them paid at a time when writers were struggling to secure paid opportunities.

“I was so grateful for the opportunity to write articles in the build-up to the Awards because above and beyond everything, it was a chance, to once again, be reminded about the great work the women celebrated have been able to achieve,” revealed Primedia journalist, Tholakele Mnganga.

“I think amid the pandemic, the bad stuff gets attention but the one-on-one interviews helped me think outside the box and try to take some positives amid an ever-changing environment,” she added.

eNCA Sport Reporter, Hloni Mtimkulu, was encouraged by the powerful women in sport stories, which barely surfaces in mainstream media.

“It’s one thing to see and know about women being active in sport, but to hear and write about how people are being intentional in bringing women forward  — that shifts the outlook completely, and it was such a refreshing experience.

“To have some financial incentive was a bonus to hearing these encouraging stories,” Mtimkulu admitted.

“I loved seeing how empowered the girls who were involved on the night were — there’s so much self-doubt involved with women in the industry, so it was good to see people coming out of their shells, and hopefully that will continue into the future.”

These were some of the leading women who ran a solid campaign, resulting in the 2020 Momentum gsport Awards premiering on SuperSport with seven repeats which ran until 17 September, showcasing a glittering night for 27 winners.