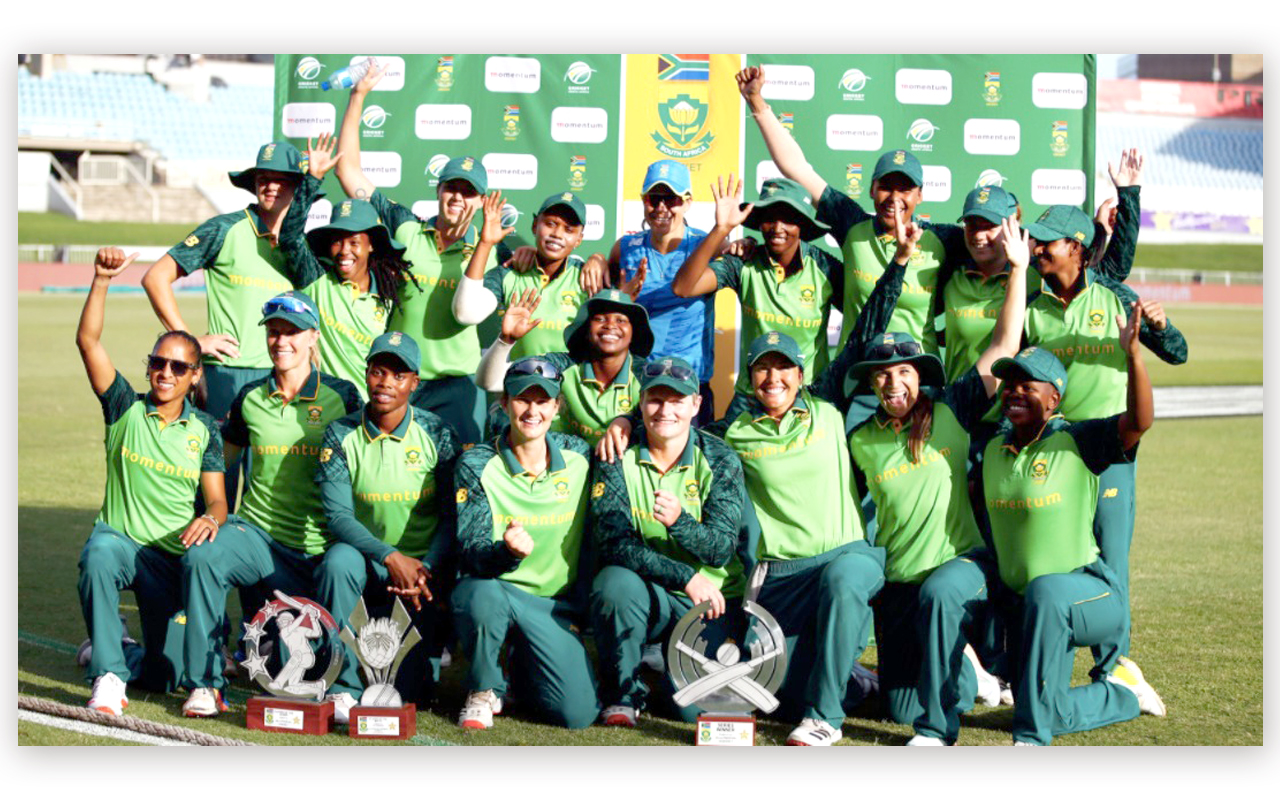 South Africa completed a 3-0 series sweep when they won the final match by 32 runs, at the Hollywoodbets Kingsmead Stadium in Durban.

Hilton Moreeng’s charges won the previous two games by three and 13 runs respectively – the second match of the contest being the first-ever Black Day outing theme that saw the hosts play in a black strip to raise awareness for the fight against Gender-Based Violence (GBV) in South Africa.

“I big message of congratulations to the Momentum Proteas for claiming an outstanding 3-0 series win,” stated CSA Director of Cricket, Graeme Smith.

“Coming back to play competitive cricket after such a long time is never easy, but the players showed total professionalism and focus.

“The past year was not easy with the arrival of the Covid-19 pandemic, which forced many series to be postponed.

“Head coach Hilton Moreeng and his coaching staff kept the players well drilled through the various training camps they held. Their efforts have been well rewarded” – CSA Director of Cricket, Graeme Smith

“It must also be noted that regular captain Dané van Niekerk could not play due to injury, but Suné (Luus) did an excellent job as stand-in skipper. Overall, the Momentum Proteas continue to show great progress. This was their sixth WODI win in a row and that in itself is a massive achievement.”

Head of Momentum Metropolitan Sponsorships and Events, Carel Bosman, added: “To the Momentum Proteas, congratulations on a great win. You stepped up and have been successful in your first series since the return of international cricket.

“From all of us at Momentum a warm congratulations, and we wish you all best for the next series and your build-up to hopefully a World Cup in 2022.”