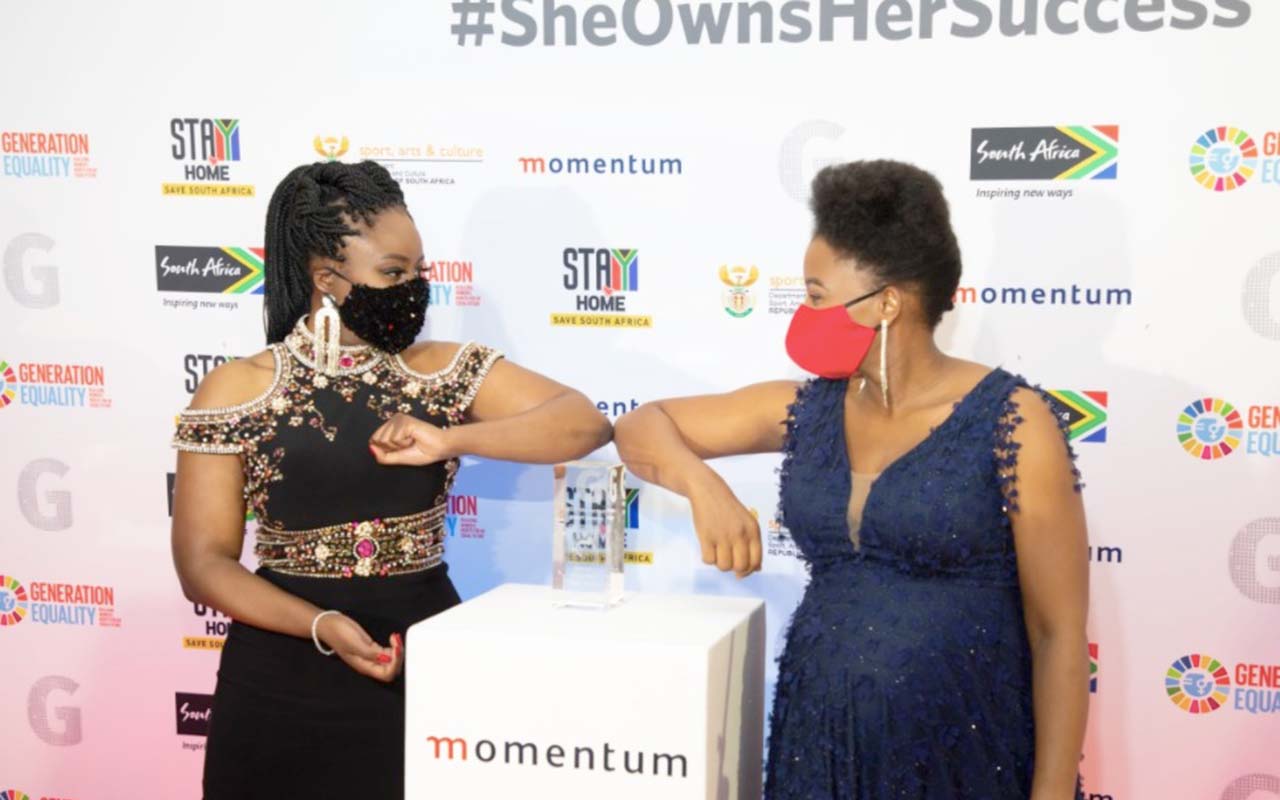 On 9 July, the sporting industry received exciting news that Momentum will continue to accelerate women in sport for a further three years as headline sponsor of the Momentum gsport awards. The awards are in their 16th year of unearthing icons and role models, who are making notable strides in the sporting industry, on – and off the field of play.

“We’re here to pave a way that will not only accelerate women towards the financial success they envision for themselves, but also towards achieving their dreams and life aspirations. Here is to another year of women shattering barriers,” Tweeted the Official Momentum account.

This means that gsport can continue to erect the stage, prepare the podium, roll out the red carpet, polish the trophies, and shine the spotlight brighter on women’s sport stars. There are a host of milestones to acknowledge incredible women to honour, and a meaningful sponsorship to celebrate.

We're here to pave a way that will not only accelerate women towards the financial success they envision for themselves, but also towards achieving their dreams and life aspirations. Here is to another year of women shattering barriers😎. #SheOwnsHerSuccess https://t.co/6yU6hTbLJX

Between facing the tough challenges brought by Covid19 and working hard on the tracks, courts and fields of play, women in sport can once again look forward to being celebrated by the biggest women’s sport stage in Africa.

The announcement was met with enthusiasm and encouragement on social media. 2020 Brand SA Supporter of the Year recipient Selina Munsamy who could not hold back her excitement, as she gave Momentum a shout out for always supporting women in sport and backing the most powerful women’s sport awards.

Also elated by the news was the team at Flash Sponsorship, a sport sponsorship marketing consultancy that work tirelessly to ensure that partnerships and sponsorships like these become a reality.

@Momentum_za has consistently stepped up for Women's Sport & they continue to back the most powerful Women's Sport Awards @gsport4girls 🔥🙌🙏#SheOwnsHerSuccess is set to take centre stage as nominations close this evening for #gsport16#GoGirls #FlyTheFlag #WomenInSport https://t.co/Kusjm3F1CK

When asked for her reaction to the news that Momentum have renewed until 2024, 2020 gsport Woman of the Year, Virginia Mabaso, said: “Women in Sport across all formats and all sectors have had to work four times harder to get recognition of any sort.

“As a woman in sport administration, I never imagined that I would find myself on an award ceremony stage, accepting a Woman of The Year’s award, and that was made possible for me by gsport at the 2020 Awards.

“Having the backing of corporates like Momentum means that this possibility is extended beyond myself to other women, young or old who otherwise would have never known what being celebrated feels like,” said Mabaso

World Surfski Champion and 2020 Momentum Athlete of the Year, Hayley Nixon said: “When I saw the news, it immediately put a perfect smile on my face. To get momentum as women in sport, we need financial backing from sponsors.

“This sponsorship means they see value in sport, in the gsport platform and want women in sport to thrive in our careers. This further inspires and motivates us to do our best, to aim for the podiums and to continue representing South Africa proudly.

“I am so grateful to Momentum for the involvement they have already had in multiple sporting activities in the country. In the tough time we are all currently navigating, to have a company put their name on the dotted line means the world to us.”

💥NewsFlash 💥@Momentum_za 's commitment to women's sport has been reinforced by this 3-year renewal with @gsport4girls. Working with @BosmanCarel and his team to make this happen has been nothing short of amazing. #gsport16 #SheOwnsHerSuccess #Sponsorship https://t.co/iWp9JO9WDK

Hloni Mtimkulu, 2019 Woman in Television winner highlighted the significance of the sponsorship for both gsport and women in the sporting industry who despite the many challenges they face, still deliver world class performances.

Hloni added, “We have seen how Momentum have really put their money where their support is, seeing them also extending their sponsorship of the Momentum Proteas has really cemented their place as an organization that doesn’t only cheer for women in sport from the stands or sideline but have become an active member of the team and understand that getting great results takes more than just the talent displayed by the team.”

Keep your eyes on our website and social media to see if your favourite woman in sport makes it as a finalist of the 16th annual Momentum gsport Awards when the shortlist is revealed on 2 August 2021.

Winners will be unveiled on 31 August when the Momentum gsport Awards show premieres on television.