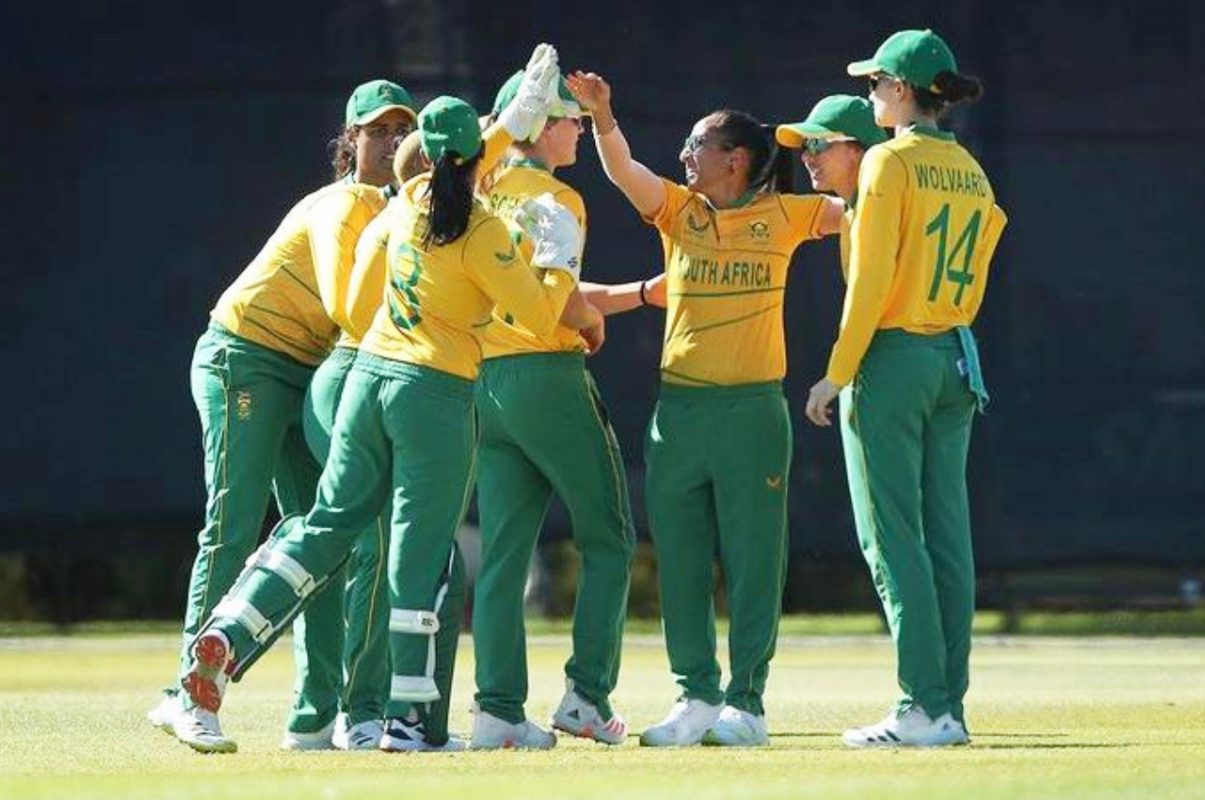 Momentum Proteas head coach, Hilton Moreeng insists his team will be focusing on key aspects of their game with the aim of finding consistency during the One-Day International (ODI) series against Ireland between 11 – 17 June in Dublin.

The clash will be the Proteas’ first 50-over encounter since suffering a semi-final defeat at the hands of England at this year’s Women’s Cricket World Cup in New Zealand.

With the new cycle on the horizon, Moreeng seeks a combined improvement in the batting and fielding departments, with the coach also looking forward to what the younger players will bring to the group.

“The success we had in ODIs was because we had different players performing on different days,” Moreeng commented.

“The consistency for us, even what we saw during the World Cup, has been a few players putting up their hands and it’s not a collective that we would have liked.

“Now that we have a lot of youngsters that are getting opportunities, you feel that they can add to that puzzle to make sure we have more players pushing and more players performing because if they play as a unit on the day, we know what they can achieve.

“The way we set up games (with the bat) has been very good but at times we let ourselves down with the way we finish games because the middle periods are one of those we need to improve on as a team,” he continued.

“Overall, fielding is also still one of those we need to keep improving and we need to be on top of our game because chances come in ODI cricket, as it showed in the semi-final what can happen if you don’t take them. We are working extremely hard around that, to make sure as far as consistency is concerned with the bat as well, we can continue building because it is has made us successful.

“We are always blessed with quality cricketers when it comes to the bowling department. It’s just to make sure that the other two departments become consistent,” the coach added.

The Ireland series is the first of four three-match contests away from home which form part of the IWC campaign, with trips to India, Australia and Pakistan also scheduled.

At home, number two ranked South Africa will go up against England, New Zealand, Bangladesh, and Sri Lanka in a battle for an automatic spot at the next global showpiece. Just like in the T20Is, the Proteas Women hold a convincing record over the Irish in ODI cricket, with South Africa having won 15 times in 17 matches, while the solitary defeat came in a 3-1 series win back in 2016, with one previous match ending as a no result.

With all three ODIs set to be held at the Clontarf cricket ground, Moreeng is keen to play at in a different environment and despite the constant changes in overhead condition in the city of Dublin, he is aiming to build on the information gathered during the T20I series.

“The ground we going to now looks a much better facility. For us, we look at the surface as it’s very difficult to say (regarding the conditions) because the weather changes so much in an hour, you have different conditions in ten minutes so it’s not something you actually look (too much) into,” he noted.

“You have to make sure that you are prepared for anything on the day, don’t fight the conditions and just adapt and make sure that we can still execute as a team.

“The first three games have given us a good sight of what can happen and what Ireland is all about because we came here not knowing what to expect regarding them, so going into the ODIs the team should be very much settled into these conditions to be able to perform,” Moreeng added.

Following the 2-1 series win in the shorter format where the visitors displayed great mettle to come back from a 10-run, opening match defeat with two emphatic eight-wicket wins, the head coach singles out the attitude shown by his team.

“It goes without saying, it’s definitely the character shown, especially by our young group of players” Moreeng said.

“It shows again that in this format, you can’t come in and expect things to happen because of the number of overs that you play. It brings teams much closer than what you think and when you look again in T20 cricket, the game is over.

“The first game made them realize what can happen in the game when you are not putting up your A-game on the field and any team on any day can win. For them to be able to come back and the character they have shown in the last few games, it gives us great courage as a coaching staff and as a country that the youngsters have shown what they’ve got.

“We are happy with what we are seeing because even the performances were spread out amongst the youngsters. There’s a lot of positives to take out bar the first game. For us as a team, it is one we can take into the next format of the game.” he concluded.

Photo 1 Caption: Momentum Proteas head coach, Hilton Moreeng insists his team will be focusing on key aspects of their game with the aim of finding consistency during the One-Day International (ODI) series against Ireland between 11 – 17 June in Dublin. Photo: Shabnim Ismail (Instagram)