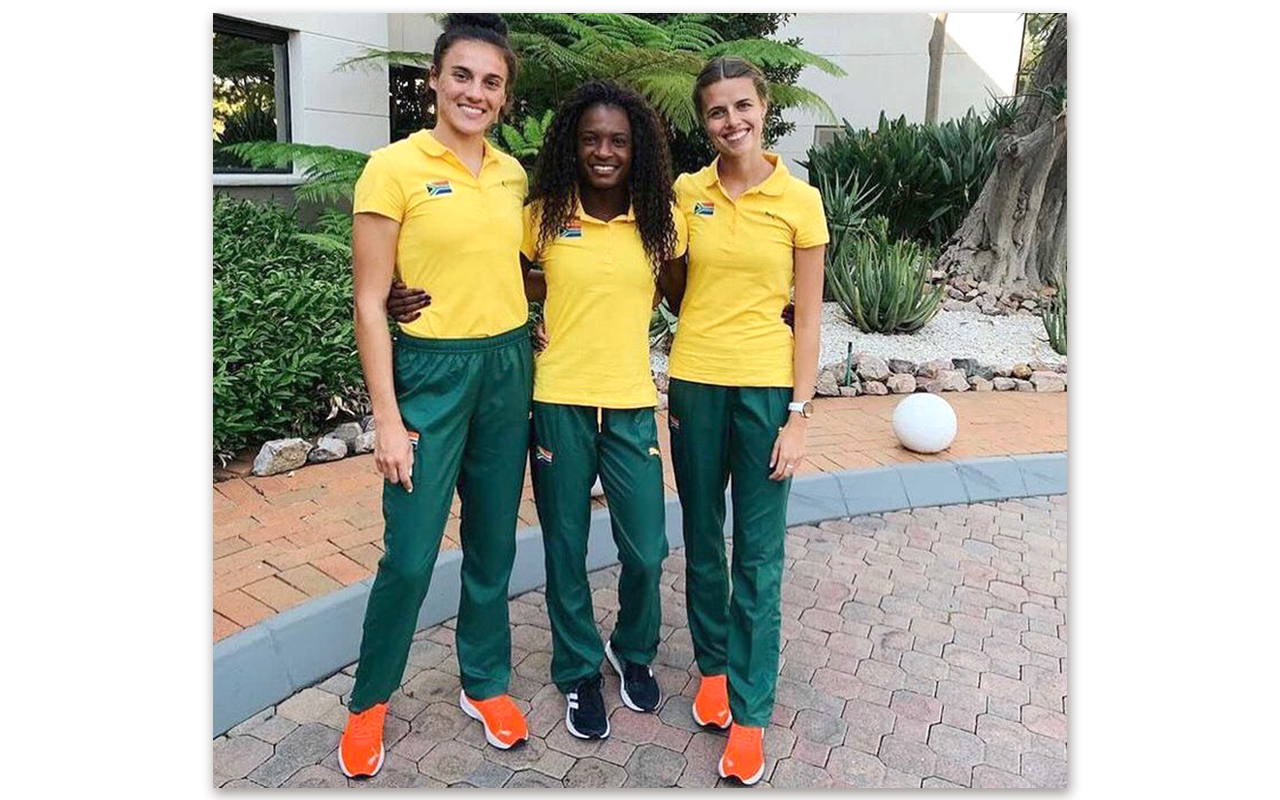 Deline Mpiti, Taylon Bieldt and Marli Viljoen are the only women athletes included in a 10-member national team for the World Athletics Relay Championships to be hosted at Silesia, Poland on 1-2 May.

The star trio have been included in the 4x400m South Africa team competing in the 4x100m mixed relay squad also featuring Simon Khuzwayo and Ranti Dikgale.

Mpiti is fresh off winning the SA women’s 400m title at the recent Athletics South Africa Championships, while Bieldt and Viljoen have also tasted recent success on the track.

The team, captained by Akani Simbine, departed on Tuesday evening from OR Tambo International Airport, Johannesburg to Doha, where they will connect to Poland.

Speaking ahead of the team’s departure, Athletics South Africa President, Aleck Skhosana, said: “The delegation is made of two male teams and a mixed team who are going to Silesia to contest for podium positions. Their secondary mission is to position themselves for automatic qualification for the Olympic Games.

“We have experienced a lot of difficulties in getting this team to travel after initially securing flight bookings and then saw them being cancelled because of countries that wouldn’t allow us to transit because we are South Africans due to Covid 19 issues.

“On behalf of the ASA Board, we wish this team well to go to the Poland to conquer and do the best for themselves, their country, for the federation and for Africa as they are equal to all the men and women who will be there from other countries. We thank each of the coaches who have prepared our athletes to be at this level. We are hopeful they are also ready to qualify for the Olympics.

“At these difficult times of the global pandemic, we shall also rely on the South African ambassador to Poland and the Department of International Relations and Cooperation to keep an eye on our team there even though we have done everything we are supposed to, including the protocols outlined by the local organising committee and World Athletics.”

The team is led by Paul Gorries as coach, Danie Cornelius as manager and Robyn John as the physiotherapist.

Photo caption: The women participating in South Africa’s 4x100m mixed relay team are (from left) Taylon Bieldt, Deline Mpiti and Marli Viljoen. The three have been included in a 10-member national team for the World Athletics Relay Championships to be hosted at Silesia, Poland on 1-2 May.Photo: BackTrack Sports