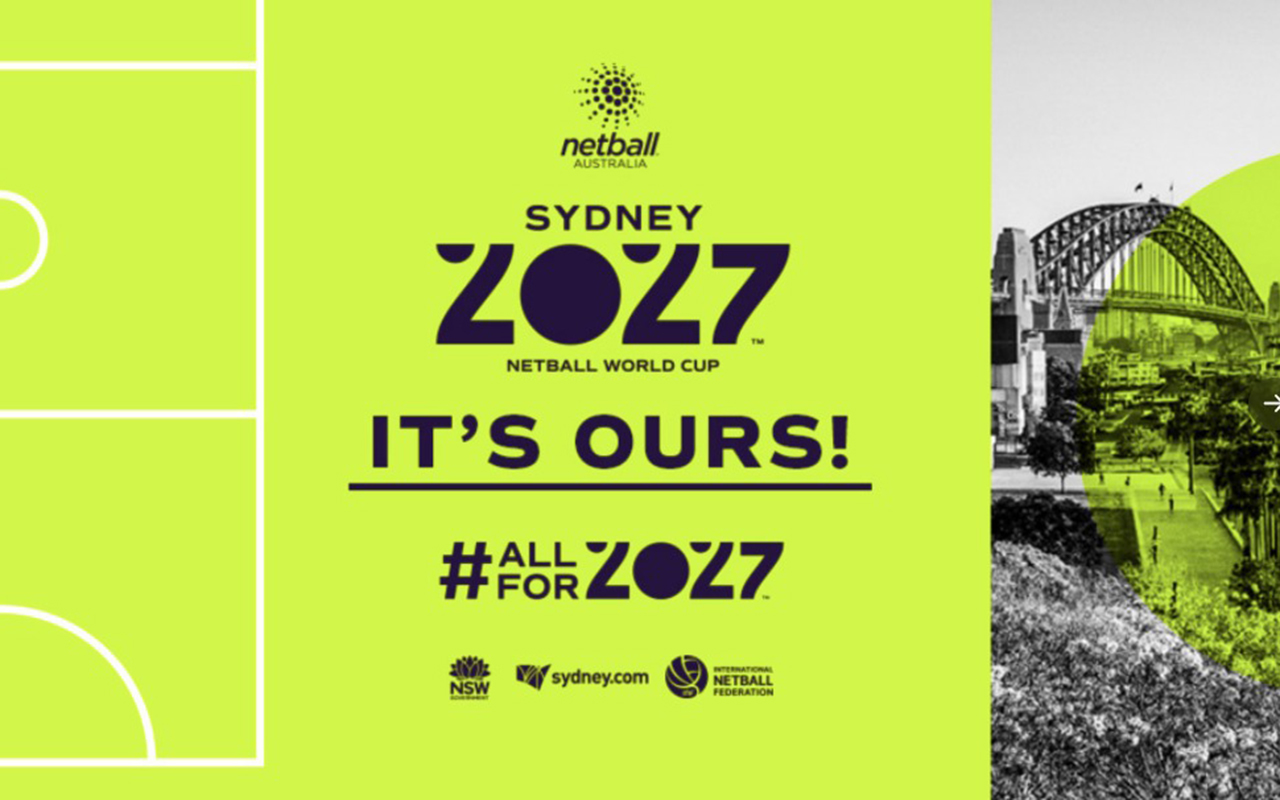 The International Netball Federation confirmed that Netball Australia have won the bid to host the 2027 Netball World Cup.

The marquee event will see 16 national teams gather in Sydney to battle for the title of world champion.

It also becomes the ninth World Cup to be awarded in New South Wales’ ambitious 10 World Cups in 10 Years initiative.

Netball Australia Chair Paolina Hunt says securing the 2027 World Cup was another critical step in the rapid development of the sport.

“An enormous amount of work went into our bid and it’s thrilling to think that we can now begin to transform our vision into reality.

“We know that netball plays a key role in connecting and empowering young women and girls and an event such as this is a North star for young athletes who can now dream of working to represent the Diamonds in front of huge home crowds.”

A key element of Australia’s bid was a post-tournament legacy that will deliver lasting benefits for women and girls both within netball and the broader community.

“We acknowledge the responsibility of winning an event such as this and will work to ensure that lasting benefits will be enjoyed by communities throughout New South Wales, Australia and the region,” Hunt concluded.