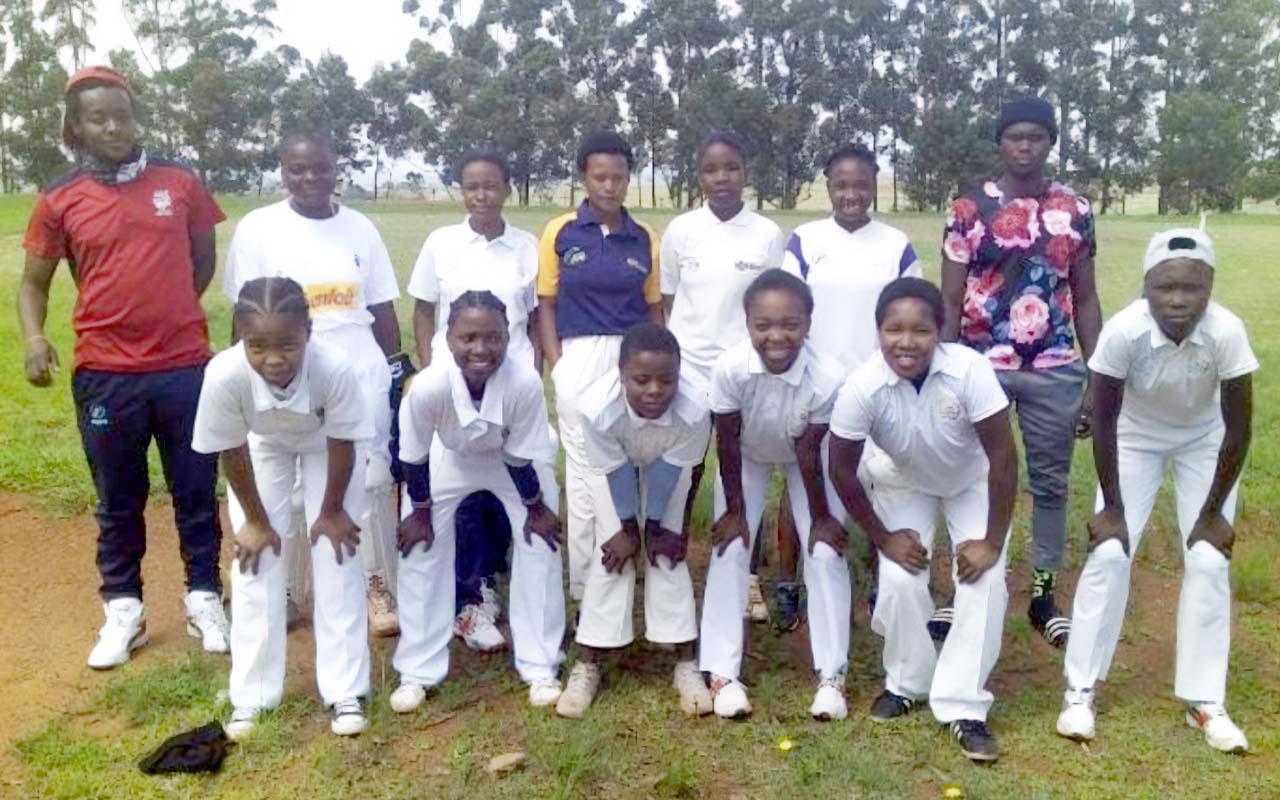 Piet Retief Women’s Cricket coach, Mzwandile Ndlela, is committed to empowering women and girls through cricket, however it has been a slow process due to the absence of cricket facilities.

Launched in 2019, the Piet Retief team was supposed to uplift young girls in the community as well as help them nurture their talents, but it remains difficult as they are hoping for a good Samaritan to give them proper equipment and facilities.

The Pongola-based coach was introduced to the discipline during his primary school days: “I started playing cricket in 2011 at Esinqeni Primary School and continued playing throughout my high school career.”

After completing matric, Ndlela started a women’s cricket team together with his co-founder, Smiso Dlamini, with no facilities and little to no equipment.

“Smiso and I were good to start the girls’ team with no facilities. Even now we still are struggling but we keep pushing the girls’ dreams and good news keeps coming [when it comes to their cricket careers].”

Having no equipment has found the team resorting to borrowing it from different people or organisations.

“We get the equipment we use from different schools. The equipment is expensive so we collect equipment from nearby schools when we want to train.”

Their issue of lack of facilities has not stopped the team of 15 from improving their play, however it proves to be hard since they have to share their playground with other sporting teams.

“In the rural areas we don’t have facilities so we play on a soccer ground. We don’t even have enough time to train because we have to share it with the soccer players,” added Ndlela.

Ndlela is however grateful for the support the parents give to him and the team, especially during matches.

“They are so supportive. Every time we have to travel for a match they sign the consent forms and also donate money for transport.”

On his expectations for the team this year, Ndlela said he is hoping for assistance from the South African cricket body: “I am hoping that Cricket South Africa [would] find mercy and provide us with cricket facilities and to motivate all those who play cricket without facilities to not give up on their dreams.”

Receiving any form of assistance would be helpful for the coach and this group of young women and more of them would be able to join the provincial and hopefully the national team, too.

Photo 1 Caption: Piet Retief Women’s Cricket coach, Mzwandile Ndlela, is committed to empowering women and girls through cricket, however it has been a slow process due to the absence of cricket facilities. Photo: Supplied