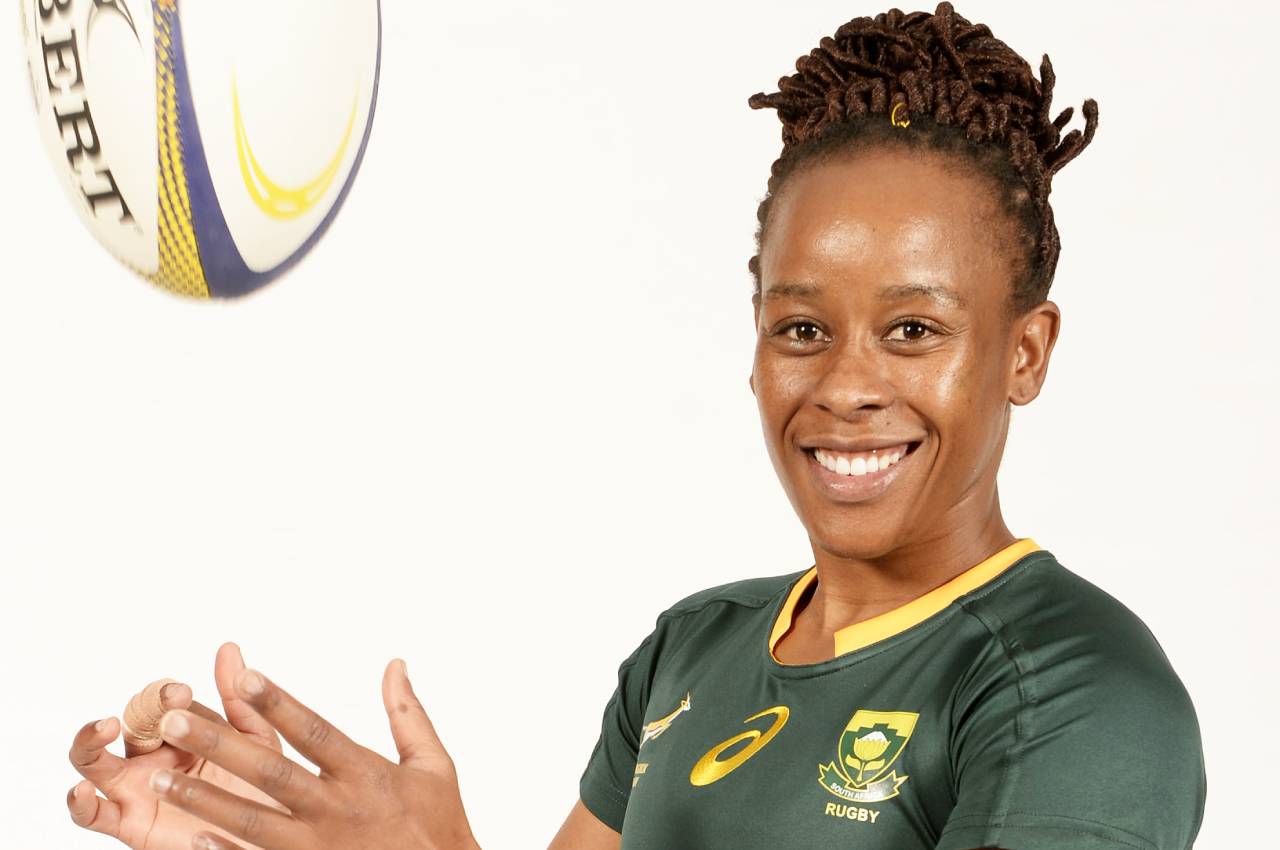 Springbok Women’s vice-captain Zinhle Ndawonde has not only made a mark on the rugby field in the last few years with her strong personality and physical presence, she also makes a significant difference off the field as a firefighter.

The dynamic centre – who is currently a member of the Springbok Women’s squad preparing for the Test against Spain in Despatch on Saturday – constantly boasts a smile, and with her sporting career flourishing, after recently assisting the Springbok Women to book their place in the 2021 Women’s Rugby World Cup in New Zealand, and the 30-year-old loving her career as a firefighter, it is clear why she is beaming.

Ndawonde made her Springbok Women’s debut on the team’s European tour in 2018 and she was a key figure in the World Cup qualifier in Gauteng in August where she started all three matches against Uganda, Madagascar and Kenya.

She is also one of only a handful of players in the team that represented the Springbok Women’s Sevens, where she had the honour of participating in the Rugby World Cup Sevens in San Francisco and the Commonwealth Games on Australia’s Gold Coast in 2018.

These heroics also extend to her life off the field where she works as a firefighter at the King Shaka International Airport in Durban – a career she started in 2013. Interestingly she got into firefighting by chance, but given the intense physical demands of the job, it has assisted her in her rugby.

“As the oldest sibling in my family I had to assist with providing for my family when I finished school, and this was the only job opportunity available at the time that allowed me to do so,” said Ndawonde.

“So, I applied for the position, and after completing the necessary qualifications and getting down to it, I really started loving it.

“The good thing about having a job that requires one to be fit and strong is that it complements my rugby as well because I need to pass a series of fitness tests every month. I also have the luxury of being able to gym while at work.”

“I have been working very hard on improving my fitness levels and lifestyle in general.” – Zinhle Ndawonde

Ndawonde attributes her rugby success to a drastic lifestyle change as part of a conscious decision to do everything possible to make it to the highest level in rugby.

“I started playing rugby in 2008, so it took a very long time to get to where I am now,” said the hard-running centre.

“In 2016 when I was first called up to the Springbok Women’s Sevens team, I realised what could happen in life if you work hard toward something, and it was then that I made a promise to myself that I would do whatever it takes to make it to the top in the sport.

“In the last few years my discipline improved in terms of my training and my diet, and I have been working very hard on improving my fitness levels and lifestyle in general.

“This certainly paid off because the last few years have been an incredible journey. The Rugby World Cup Sevens remains one of my main highlights, and I would love to be part of the 2021 World Cup in New Zealand in the 15-a-side a code.”

Ndawonde and her team-mates assembled in Port Elizabeth on Sunday, 8 September, to begin their preparations for their Tests against Spain (on Saturday, 21 September, in Despatch), and Scotland (on Monday, 30 September, and Saturday, 5 October, in Cape Town), and she admits that this will be tougher than the matches they played in August.

“Spain and Scotland are used to playing on the international circuit and they face tough competition regularly, so these matches will pose different challenges to that we faced in August,” said Ndawonde.

“The Spain Invitational XV gave glimpses against the SA Select Women over the weekend of what they will bring to this week’s Test, particularly with their strong forward play and hard running on attack, so we need to hit the ground running when we take the field.

“That said, we are in a good space as a team and we know that everything we do going forward will be important with an eye on preparing for the World Cup.

“These matches will serve as a good yardstick to measure the standard we are at now compared to the opposition, and at the same time, it will give us an idea of what we need to work on in the next two seasons and what areas we can build on in our game.

“So, although it will be challenging, we are really looking forward it,” she ended.

Photo 1 Caption: Springbok Women’s vice-captain, Zinhle Ndawonde enjoys the task on her hands of having to find a balance between being a firefighter and a professional rugby player. Photo: Gallo Images