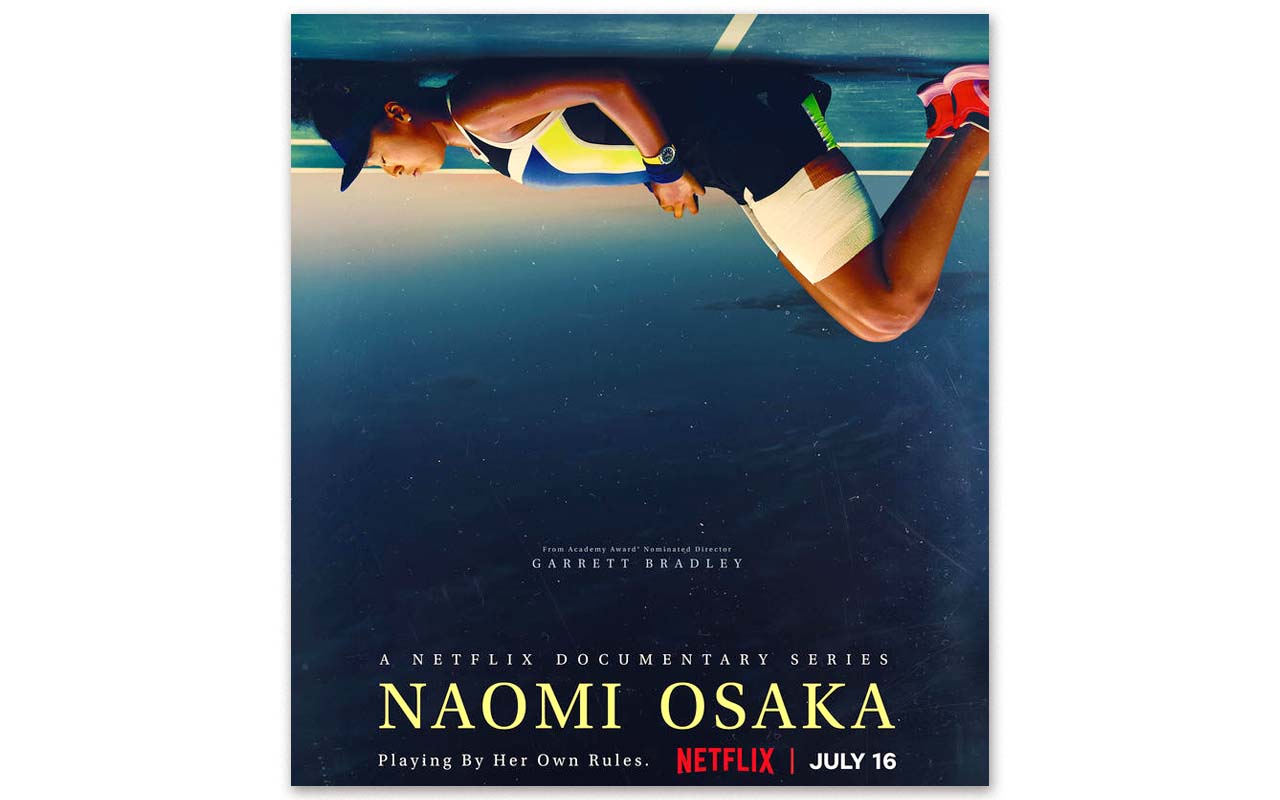 Four-time Grand Slam singles champion, Naomi Osaka, opens up to her fans about her life in the spotlight with a new docuseries on Netflix, which aired on Friday, 16 July 2021.

Naomi Osaka: Playing By Her Own Rules includes several impactful moments of the tennis professional’s life in the two years after her 2018 U.S. Open victory over Serena Williams.

The 23-year-old hopes that viewers will understand her recent decision-making process after watching the docuseries, which saw her withdraw from the French Open and Wimbledon to focus on her mental health.

“In light of everything that happened recently I was terrified of this being released,” Global Tennis sensation Naomi Osaka said on Twitter.

“This isn’t like a tennis match where I win or lose, and from there people can say whether I did well or not,” she continued.

“This is a look into my life from certain time period, and I can’t fight the feeling of wondering how it will be received. This is in some ways my soul and a reflection of who I am.”

Osaka recently received the Best Athlete for Women’s Sport Award at the 2021 Espys ceremony and announced her partnership with Barbie, creating her own doll.

This is the second time Osaka collaborated with Barbie, following her 2019 appearance as one of the brand’s Shero dolls. According to reports, the doll was sold out within hours of its launch on Monday.

Carlyle Nuera designed the doll for Barbie and said Osaka’s athletic skill is unmatched. “But what I personally admire the most about Naomi Osaka is how she uses her platform, the spotlight on her and her voice, to raise awareness about social justice,” Nuera said in the press release.

Photo Caption: Four-time Grand Slam singles champion, Naomi Osaka, opens up to her fans about her life in the spotlight with a new docuseries on Netflix, which aired on Friday, 16 July 2021. Photo: Naomi Osaka (Twitter)