New-Look SPAR Netball Champs to Be Held in Bela Bela 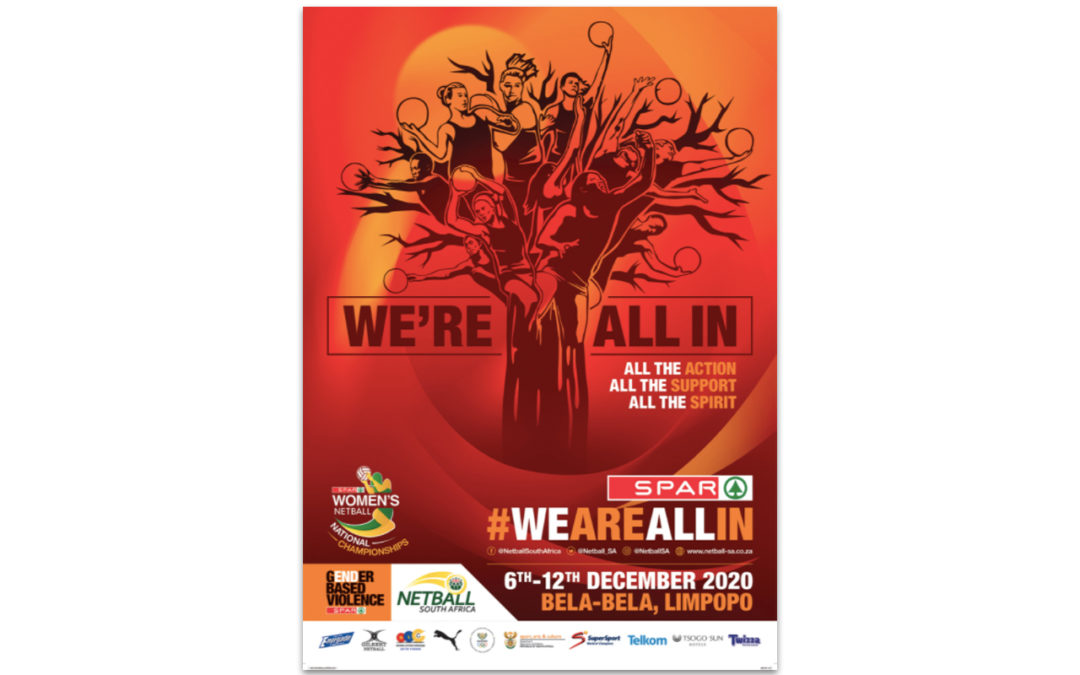 The SPAR National Netball Championships, which are to take place at Bela Bela in Limpopo from 7-12 December, will have a very different look and feel this year.

The SPAR National Championships, normally held in August, had to be delayed because of the global Coronavirus pandemic.

Netball South Africa (NSA) were finally given Government permission to host the championships and have selected a resort in Bela Bela in Limpopo – The Zwartkloof Resort as the venue for the tournament. The resort has eight courts.

Tournament Director, Mami Diale, said the championships would be smaller than usual because of the circumstances.

“Eight teams will play in the senior A-section. They will play on a round robin basis, ending with semi-finals and a final.”

“We want to ensure everyone’s health and safety and will be creating a “soft bubble” in Bela Bela.” – SPAR Netball Champs Tournament Director, Mami Diale

Diale said all participants would have to undergo a Covid-19 test 24 hours before the start of the tournament and then self-isolate to prevent the spread of the disease.

“We are taking over the resort so there will be no mixing with the outside world. We want to ensure everyone’s health and safety and will be creating a “soft bubble” in Bela Bela in line with the governments COVID-19 safety rules and regulations.

“Because it is expected to be very hot in Bela Bela, we will start very early in the morning, with the first matches at 06:00am. There will be a three-hour break from noon until 3pm,” said Diale.

SPAR Group Marketing Executive, Mike Prentice said that in such uncertain times it was wonderful to see South Africa’s premier national netball tournament taking place and returning to the beautiful province of Limpopo.

“It also falls in line with NSA President Cecilia Molokwane’s vision of taking netball back to the people – a vision fully supported by SPAR.” – SPAR Group Marketing Executive, Mike Prentice

“This prestigious event plays an important part in the overall development of netball in South Africa.

“It also falls in line with NSA President Cecilia Molokwane’s vision of taking netball back to the people – a vision fully supported by SPAR as we gear up to host the 2023 Netball World Cup in Cape Town.”

Prentice said SPAR had also committed itself to finding practical solutions to address the impact of gender-based violence (GBV) in South Africa and had partnered with organisations such as the National Prosecuting Authority, Lifeline and NSA to create awareness of GBV.

Prentice also confirmed that SPAR would be using the Championships to promote their campaign messaging.

“Lifeline will be at the Championships to offer confidential counselling to all the participants and through the various functions our strong GBV messaging will be themed.”

“We are hosting the World Netball Cup in 2023 and we need to provide as many opportunities as possible for players, coaches, umpires, technical officials, statisticians and everyone involved in the sport.” – Netball South Africa President, Cecilia Molokwane

Molokwane said it was unthinkable that a year could pass without the SPAR National Championships taking place.

“We are hosting the World Netball Cup in 2023 and we need to provide as many opportunities as possible for players, coaches, umpires, technical officials, statisticians and everyone involved in the sport to get ready to put on the best ever Netball World Cup.

“They will all have an opportunity at the national championships to show us what they can do.”

Dorette Badenhorst, coach of the SPAR Proteas, said she would be keeping an eye out for talent during the National Championships.

“The teams selected for the upcoming SPAR Challenge three test series against Malawi are not necessarily the players who will be in the South African squad to be announced in January.

“Because the SPAR National Championships are based on districts rather than provinces, there are more opportunities for players from smaller or remote areas to show what they are capable of.

“There is so much talent in South Africa and many talented players are in the smaller districts. I look forward to discovering some new stars,” Badenhorst concluded.