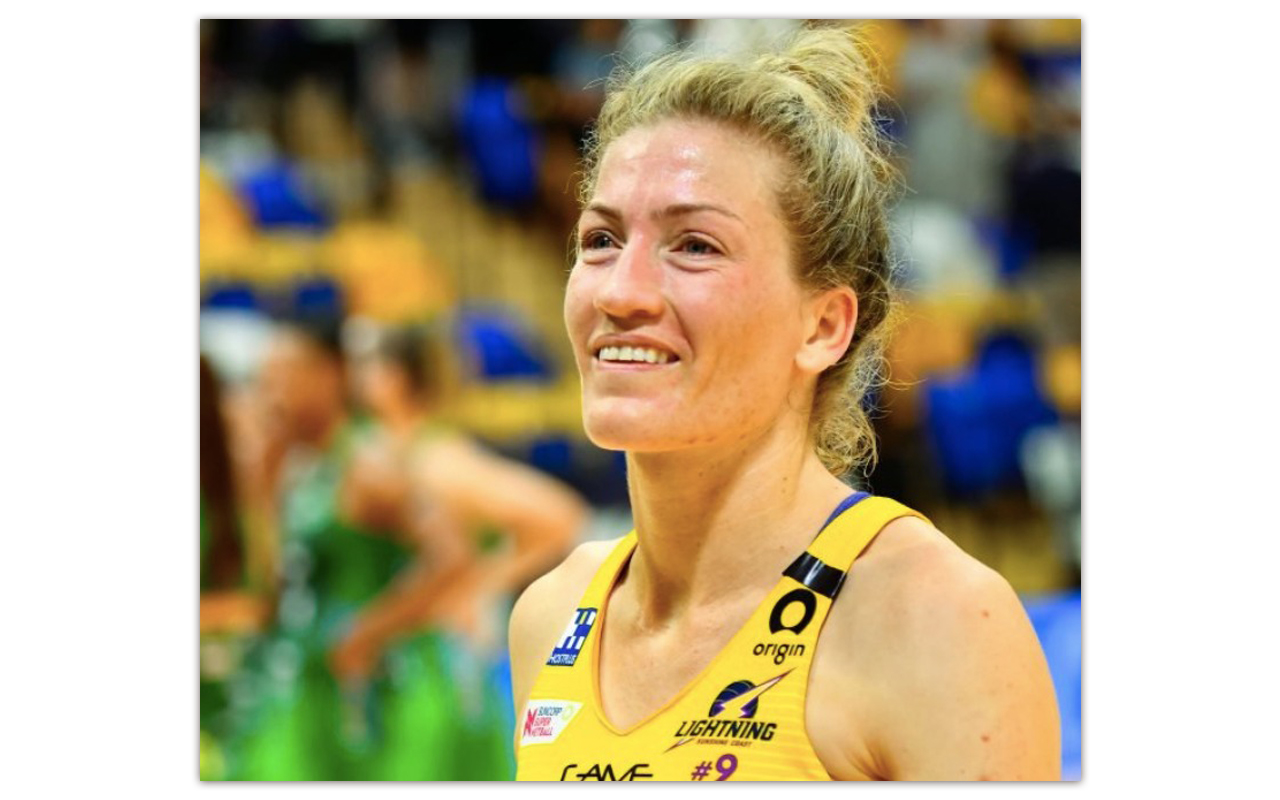 2020 gsport Newsmaker of the Year, Karla Pretorius, is motivated to up her game after being announced as the 2021 Sunshine Coast Lightning captain.

The defender was endorsed by coaches, players and staff as the result of a comprehensive captaincy selection process.

According to a media release on the sunshinecoastlightning.com.au website, Pretorius says, “Every year the main aim is to be consistent on court and off court.

“I also approach each season asking, ‘what can I do this time around to take it up another level?’.

“So, I’m delving into that – put in the work at training, do the preparation and all the rest will follow.”

Pretorius will be supported by Steph Wood as Vice-Captain, who has been elevated to the leadership position for the first time.

“Karla has had a phenomenal couple of years, but I have also seen her develop as a leader and find her voice.” – Sunshine Coast Lightning head coach, Kylee Byrne

Head Coach Kylee Byrne is eager to see what both Pretorius and Wood will bring to the roles, “What Karla and Steph bring to this team is intangible, they lead by example on court and drive the standards for the rest of the group, while also promoting an open, inclusive culture,” Byrne said.

“They possess different leadership styles, which I think are highly complimentary, and I firmly believe this pairing will take our Club forward in year 5.

“Karla has had a phenomenal couple of years, but I have also seen her develop as a leader and find her voice.

“As a player and person, she gains the instant respect of those around her, and she is more than deserving of the captaincy role.

“Steph has been a leader at our club since the beginning, so it is apt that she now is rewarded with the official title and responsibility.

“She commands our attack end and the way in which she teaches and brings her teammates into games is a very unique quality that we are lucky to have here at Lightning.”

Photo 1 Caption: 2020 gsport Newsmaker of the Year, Karla Pretorius, is motivated to up her game after being announced as the 2021 Sunshine Coast Lightning captain. Photo: Netball Scoop