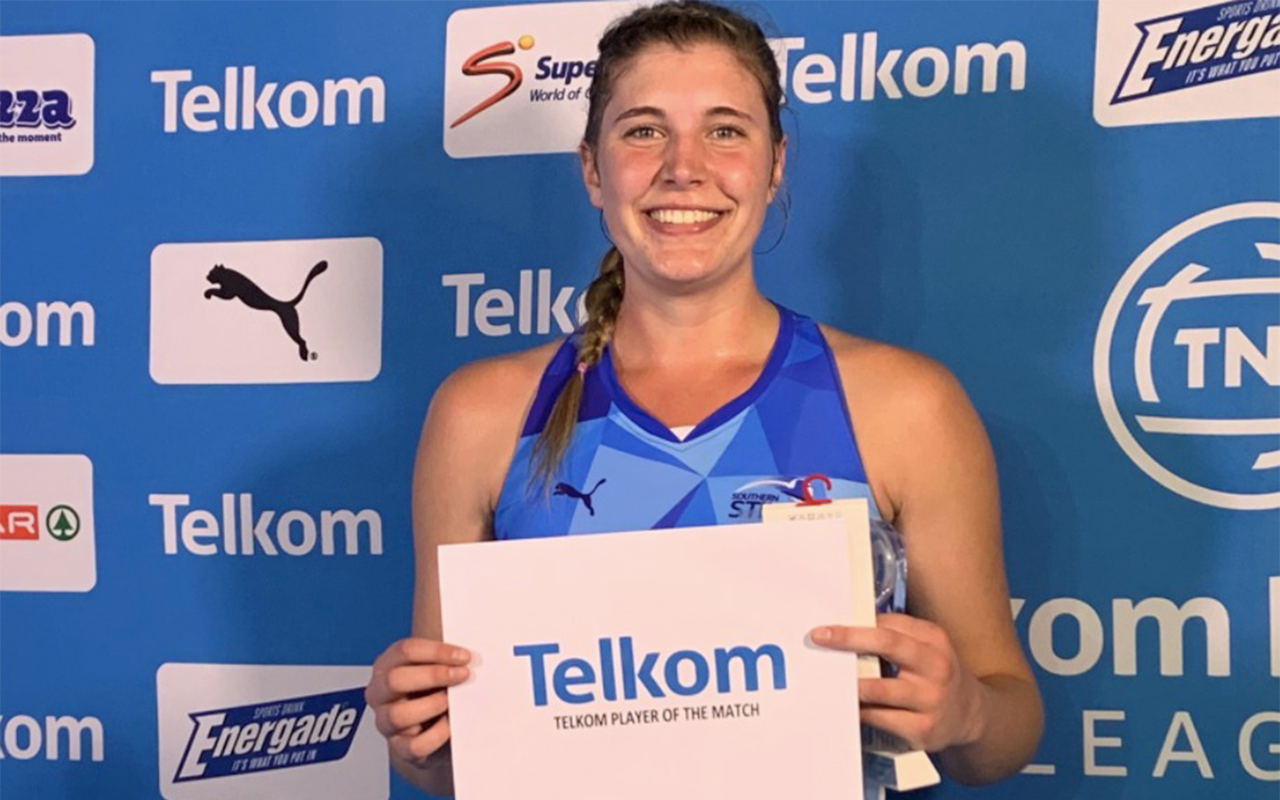 South African student-athlete, Nicola Smith, is aiming to build on her impressive 2020 performances as she scaled to new heights in netball.

Speaking in an interview with the International University Sports Federation (FISU), the 20-year-old rising player revealed that she had begun playing the sport at the age of 7.

At 13, she made her provincial School’s Team and the national School’s Team in high school, before rising up the ranks to feature for the South African Under-21 side – the “Baby Proteas” – at 19.

In 2019, Smith enrolled at Stellenbosch University where she went on to feature for Maties in the Varsity Netball competition.

“That was my first Varsity Cup and it was absolutely amazing,” she tells FISU.net.

“There wasn’t a single second that I did not enjoy. My team and coaches were wonderful, and they made it so special for me.” – South African student-athlete, Nicola Smith

“We as a team always had each other’s back and no one was more important than the other. It is very unfortunate that we couldn’t play the Varsity Cup in 2020 (due to COVID-19 restrictions), but I can’t wait for this year’s tournament.”

Later in 2020, sport gradually made its way back to the delight of Smith. She attended trials for her provincial team, the Southern Stings, who would compete with 12 provincial sides from across the country in the Telkom Netball League.

On the last day of trials, Smith unfortunately fell ill and did not make the final squad selection.  However, luck struck when the team fell short on defenders and Smith was called to fill in.

“It’s a really interesting story on how I made the team,” she starts. “I played all the trials for the Stings and when it came to the last round of trials where they had to choose the team, I was so sick I couldn’t get out of bed.

“Unfortunately, I didn’t make the team because I didn’t play the last round. It was hard for me to accept the fact that I wouldn’t play in the TNL, but that’s how it was.

“But then one day our Stings coach called me and asked if I would please join the team because they were short on defenders. And that is how I made it into the team.”

“But then one day our Stings coach called me and asked if I would please join the team because they were short on defenders. And that is how I made it into the team.” – Smith speaks on her challenging time getting into the Southern Stings team.

Smith went on to make her mark in TNL, winning the overall Defender of the Tournament award.

Following the tournament, Smith’s dream of playing for the SPAR Proteas came true as she joined the national squad for a three-match series against Malawi, making her debut in a 62-29 victory over the Queens in late November.

“A lot of people asked me how it felt to step on court with the Proteas dress, and until this day I can’t answer them. It is a feeling you can’t express; you can only feel it. But what I can say is that it is a huge honour for me to have the talent to put that dress on.”

The third-year Education student is remaining grounded as she aims to build on her success and also hopes to combine her love for both teaching and netball.

“I can’t wait to become a teacher, even when I’m still playing netball. When my four-year degree is done and I graduate, I am going to start working as a teacher, and hope to coach netball at school as well,” she concluded.