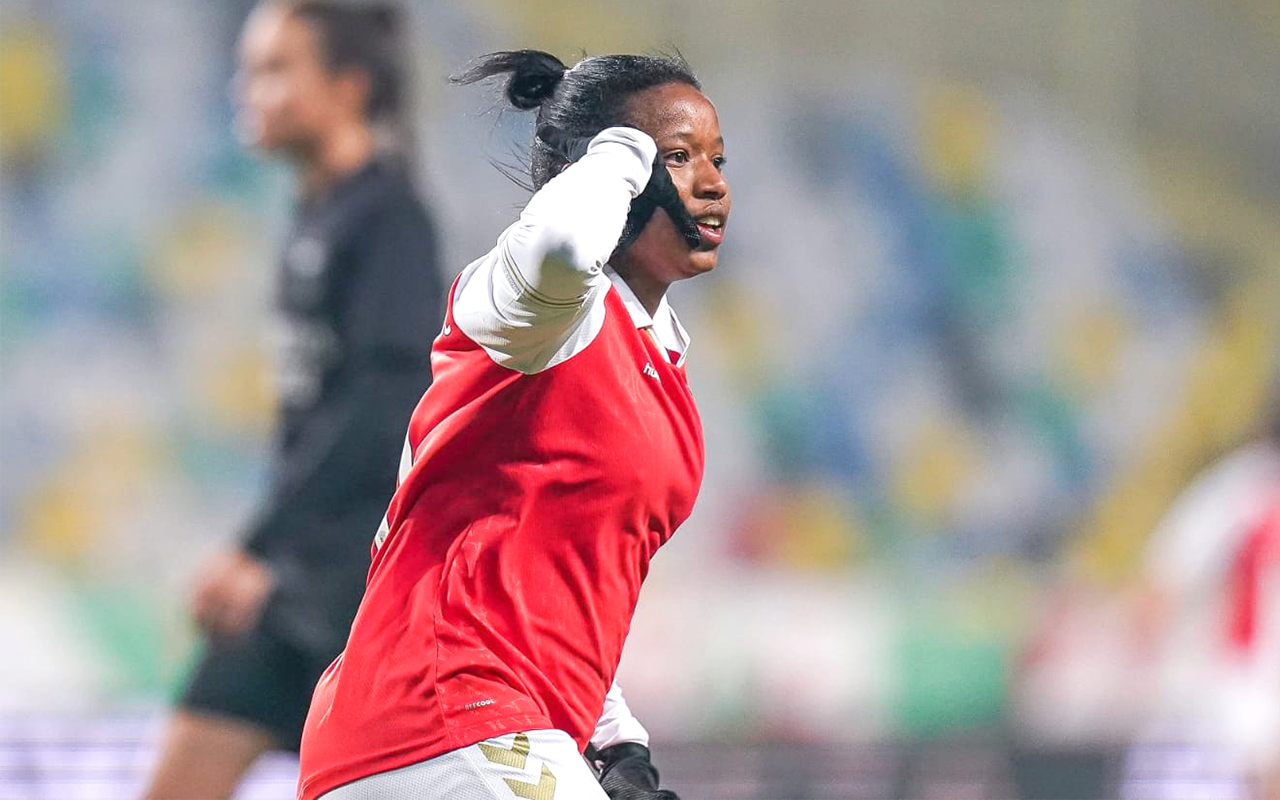 The South African football community is in high spirits after Banyana Banyana international Jermaine Seoposenwe became the first female player from Mzansi to score a brace in an International cup final.

Seoposenwe’s outstanding performance for SC Braga, led the team to a 3-1 victory against Benfica to win the Portuguese Women’s Cup on Tuesday, 12 January 2021.

The 27-year-old shared her excitement, saying: “Shooting my shot in 2021,” as she referred to a video of her first goal, which came from a bolstering long-strike from outside the penalty arch.

Seoposenwe’s fellow senior national teammate, Thembi Kgatlana, Tweeted: “‪@jermaine109 YOUR GOAL TONIGHT, IS OUT OF THIS WORLD!!! IM HAPPY FOR YOU ROOMZA. CONGRATULATIONS ON THE WIN.

@jermaine109 YOUR GOAL TONIGHT, IS OUT OF THIS WORLD!!! IM HAPPY FOR YOU ROOMZA 🎊🎉🎊🎉🎊🎉 CONGRATULATIONS ON THE WIN.

The public joined in on the history-making performance.

Shout out to @jermaine109 for 2 great goals yesterday which lead to FC Braga lifting the Portuguese Cup. South Africa is proud of you! Over to to you Nathi Mthethwa.

Our ladies, just keep representing…Jermaine Seoposenwe is absolutely killing it! We love to see it.

Man, our ladies are toooooo good 🔥🔥🔥🔥

Seoposenwe has continued with her goalscoring, grabbing another netter for Braga in 3-1 victory against Maritimo to move to the next stage of the League Cup.