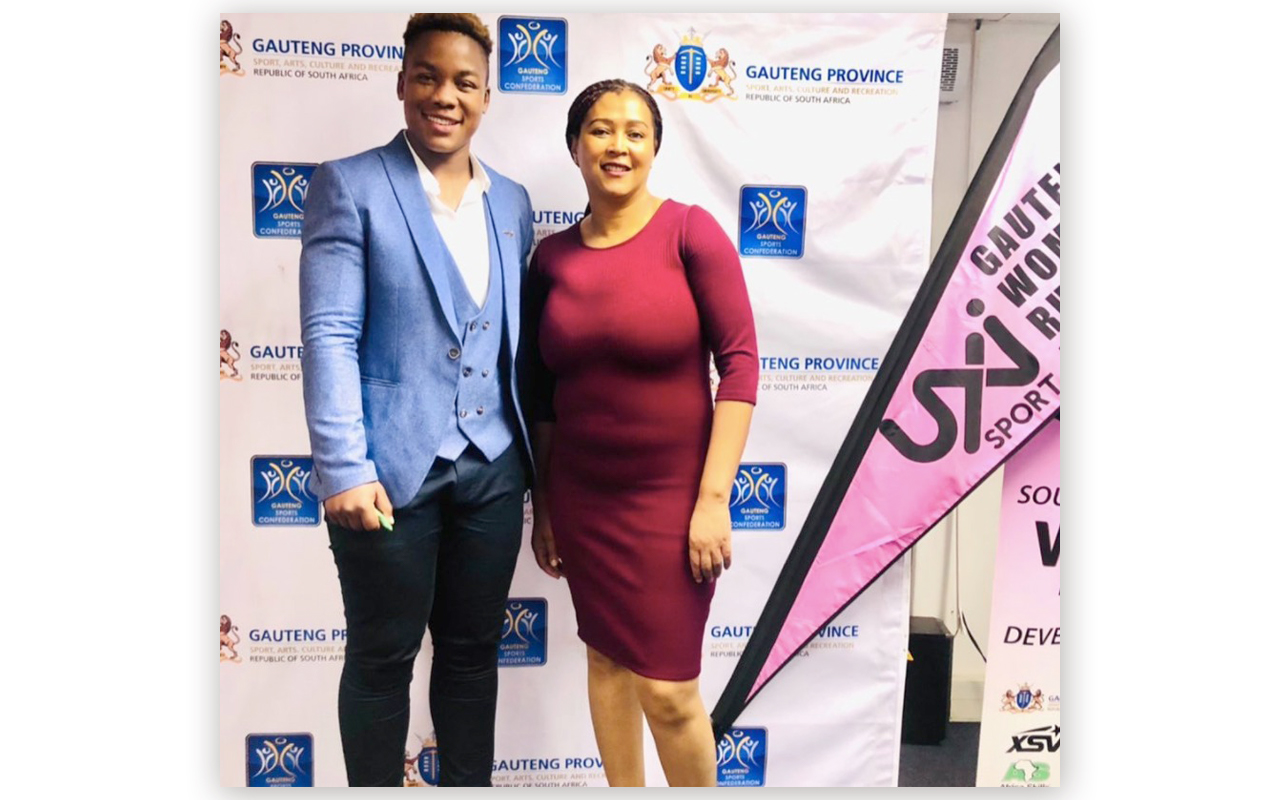 History-making Springbok Women’s prop, Babalwa Latsha, has new plans up her sleeve to develop women’s rugby in South Africa after announcing that she will not be joining Spanish outfit, Eibar Women’s Rugby Club for the 2020/21 season.

The 26-year-old went on to feature on a number of occasions for the team, earning a contract renewal in the process.

Latsha and the club mutually agreed to suspend their relationship, with the global Coronavirus pandemic frustrating her chances of returning to the team.

The 2020 Momentum gsport Awards triple finalist admitted that her safety and welfare was taken into consideration, and revealed that she has accepted the situation as she plans to get involved in developing the women’s side of the game domestically.

In this frank chat, Celine Abrahams catches up with Latsha to find out her plans for the rest of the year.

This week, you took to your social media account to announce that you will not be joining Eibar for the 2020/21 season. What brought about this decision to not join the Spanish club this year?

The club, Eibar and I came to the decision that I will not join them for this season, considering the situation with the Covid-19 pandemic. At the core of our discussions was my safety and welfare. So, we decided that if would be best for my health and safety that I not join them for the 2020/21 season.

How do you feel about the decision?

I believe it’s for the best. I am now channelling my energy and focus into domestic rugby in preparation for the World Cup, and my contribution to the further development of women’s rugby in South Africa. Of course I would have liked to go and play in Spain, but that is not possible, and I can’t change it. I have accepted the situation, and now I’m primarily focussed on domestic women’s rugby.

We’re sure that with your experience many young girls will be privileged to learn from you. Please tell us about your involvement with the Gauteng Women’s Rugby Institute.

The Gauteng Women’s Rugby Institute is a first of its kind in South Africa. I am the ambassador for the institute, and it fills my heart and my passion because I have a deep, undying passion for the development of young women through rugby in particular.

So, my involvement with the institute is that I am their ambassador, and my contribution of course would be to primarily encourage young women to take up the sport, and show the importance of coupling education and a sporting career.

We know that you are currently in a training camp in Stellenbosch preparing for the 2021 Women’s Rugby World Cup in New Zealand. How are the preparations going?

The preparations for the World Cup are going quite well. It’s a massive year for South African women’s rugby. The last time we participated in a World Cup was in 2014, and we took a break since then from regular world spectacles.

So, this World Cup is a great opportunity for South African women’s rugby to reintegrate properly back onto the global stage and major world competitions.

What other plans do you have looking at the rest of year in terms of playing club rugby?

My plans for the rest of the season is to play in the inter-provincial league, hopefully play some test matches, the Africa Cup is also looming and of course get a shot at competing in the World Cup. Coupling that with my responsibilities towards the game of rugby that is being a good ambassador of our game, continuing to inspire and encourage.

Also, contribute to equipping the next generation of young female rugby players in our country and the Gauteng Women’s Rugby Institute has given me that platform and opportunity to not only preach that sport and education go hand-in-hand, but also practice it, because as you know I too have a university qualification and I play rugby.

Not only am I teaching it, I am living it, and what the GWRI is doing is giving young girls the opportunity to study and play sport. These are some of the things I will be concentrating on for the rest of the season.

Photo 1 Caption: Springbok Women’s prop, Babalwa Latsha, pictured with Moonira Ramathula at the Gauteng Women’s Rugby Institute launch at the end of November 2020 in Johannesburg. Latsha is the ambassador for the institute. Photo: Babalwa Latsha (Facebook)