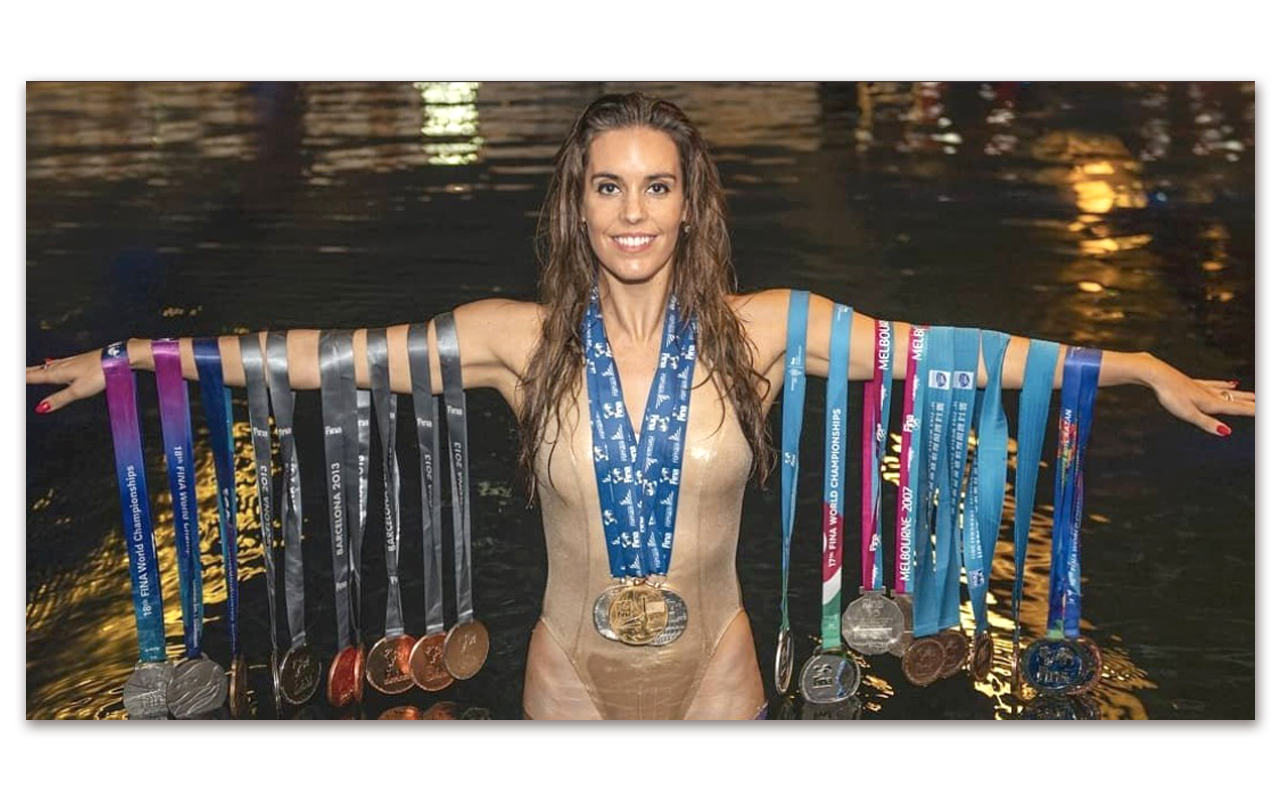 Ona Carbonell Prepares for Final Return to the Olympic Stage

As Spanish artistic swimmer Ona Carbonell prepares for the Tokyo 2020 Olympic qualifiers in May, the champion athlete reveals that this year’s Games will be her last participation at the event.

Carbonell – who has won more World Championship medals than any other female competitor, had just decided to put her career on hold to start her family when the world was hit with the Coronavirus pandemic.

Speaking to the tokyo2020.org channel, the 30-year-old revealed, “Now I’m just thinking about the qualifiers, and earning a spot. But I have a special relationship with Japan.

“I’ve been there 12 times and Mayu [her Japanese coach] has known me since I was almost a baby. When I began competing for the national team, I was 14 years old, and she coached me along with Anna Tarrés.

“I can say this will be my last Games – that’s for sure. So, I’ll try to enjoy every moment.” – Spanish artistic swimmer, Ona Carbonell

“I think everything will be magical, more so because of the pandemic. I just want to enjoy the Games and feel every unique moment, because I can say this will be my last Games – that’s for sure. So, I’ll try to enjoy every moment,” she admitted.

“It’s that everything happens so fast after giving birth. After little more than a month, I was leaving Kai for four hours a day. I was training, pumping milk for Kai… Plus, as a mother, it’s quite sad to leave him at home. But on the other hand, I know it’s a good example for him – and that’s positive.

“You need to lose weight and, since I breastfeed, you also need to be careful about injury.” – Carbonell speaks on her physical health after giving birth to her son, Kai, in August 2020.

“As well as this, your body changes after giving birth. You need to lose weight and, since I breastfeed, you also need to be careful about injury caused by prolactin and hormones. It’s difficult until your body returns to normal,” she continued.

“Also, I don’t sleep, I don’t rest [she explained with a laugh]. Before giving birth, I just relaxed after training sessions, watching movies, icing my legs.

“Now, I arrive home and I spend three hours with seven kilos in my arms, breastfeeding, getting woken up a lot during the night. That’s complicated as well,” she said.

With a combined 38 medals across the Olympics, World Championships and European Championships, the young mother’s most famous medals include a London 2012 silver in that duet with Andrea Fuentes, where Natalia Ishchenko and Svetlana Romashina combined for Russian gold, and Huang Xuechen and Liu Ou finished as bronze medalists for China.

As she contemplates a career post competitive competition, the double Olympic medalist has a glittering athletic reputation to power her ambitions as a fashion designer, having already established professional connections with leading brands including Nike, Isdin, Nestlé and Taymory.