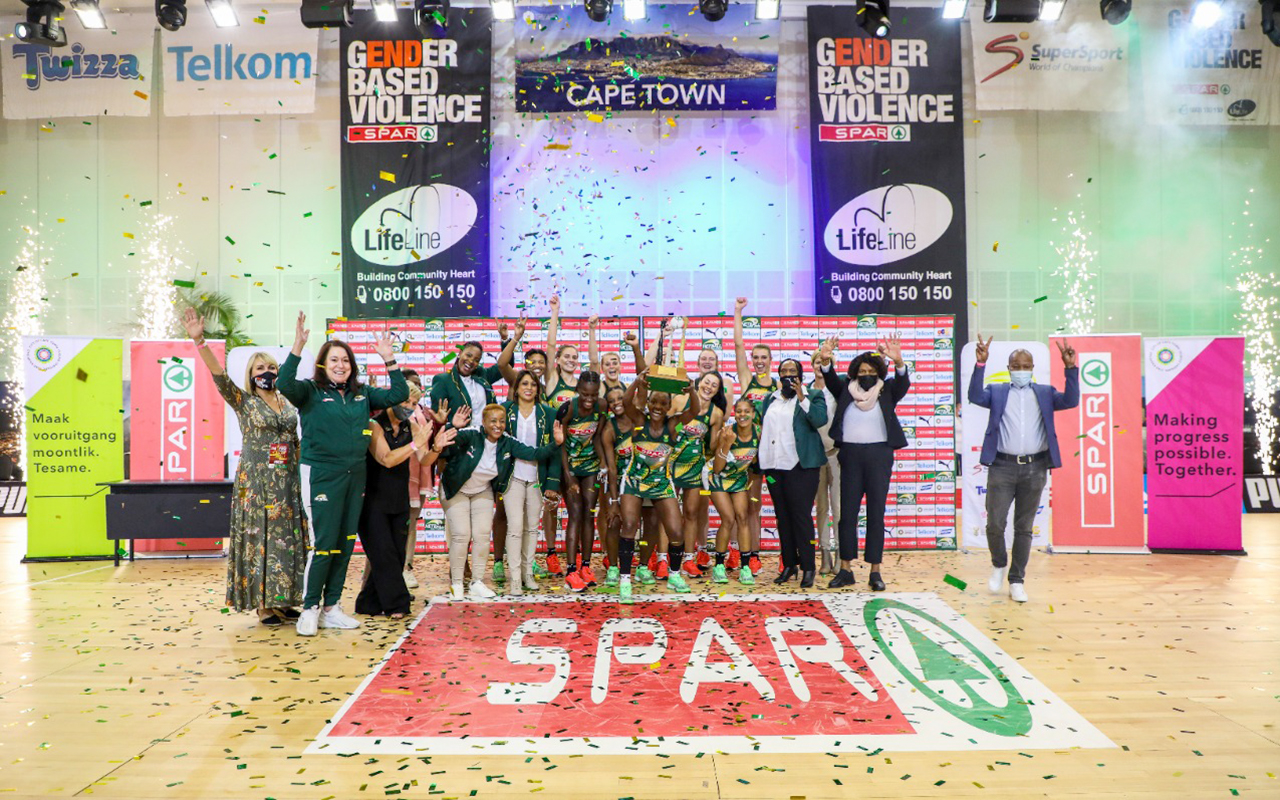 The penultimate match of the SPAR Challenge International Tri-Nations Series saw the SPAR Proteas maintain a one-hundred percent win record, to clinch the title in Cape Town on Wednesday, 31 March 2021.

The tournament featured the SPAR Proteas, Uganda’s She Cranes, Namibia’s Debmarine Desert Jewels, the President’s XII and SPAR Baby Proteas, played at the Cape Town International Convention Centre from 25 March, and all matches were broadcast live on SuperSport .

In the tournament-concluding encounter, Uganda made clear their intentions to breach the home team’s win record very early in the match, the impact of their charge earning the She Cranes a 10-7 lead in the opening quarter.

The start of the second quarter was no different, as Uganda piled on the pressure to open and maintain a seven-point lead for the better part of quarter, but right at the end South Africa started pushing back, reducing the lead to just two points for a 17 -19 half-time score.

A few strategic changes were made by head coach Dorette Badenhorst during the break, and these seem to have done the trick as the team pulled back and reduced the deficit.

Pin-point team work saw the South Africans overturn the momentum, going on to win the quarter 28 – 25, and the home side taking a vital lead for the first time in the match.

The fourth quarter was no different for the SPAR Proteas as they started this homestretch quarter.

Uganda had gone to this point of the match without making any changes. South Africa kept the same team, and they were burning the candle on both ends as they managed to get over the finish line and won the match 44 – 32.

South Africa concluded the series as the only unbeaten team.