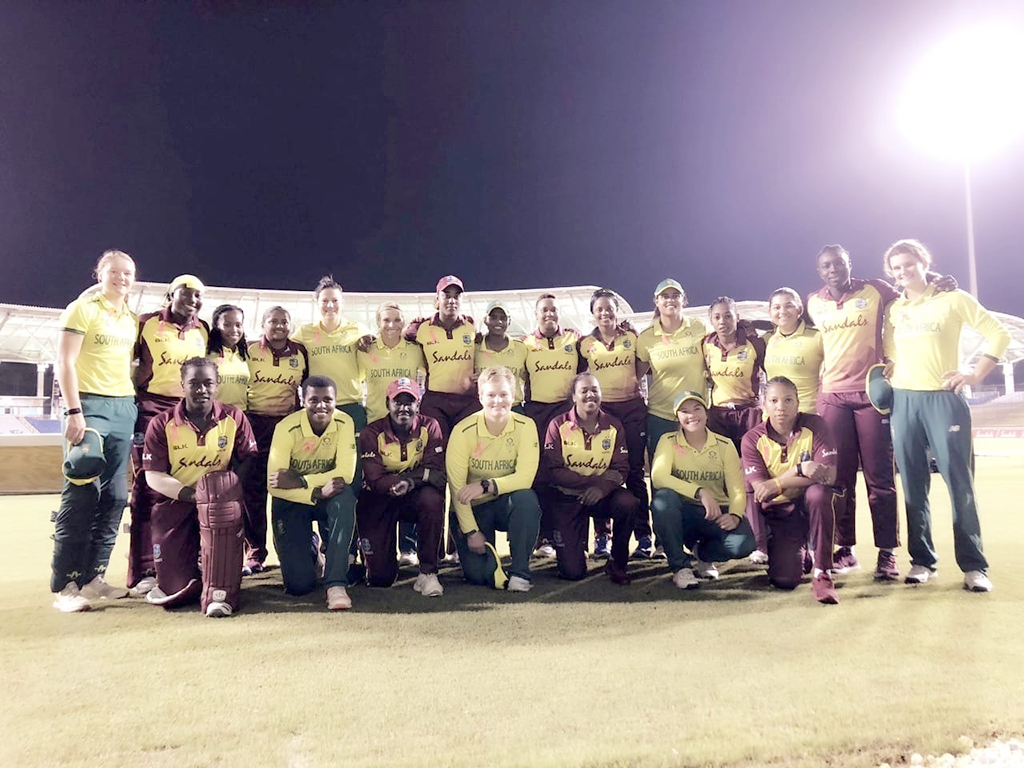 Half-centuries by openers Laura Wolvaardt (54*) and Lizelle Lee (54) returned the Proteas to winning ways when they beat West Indies by a convincing eight wickets in the fourth women’s T20 international, at the Brian Lara Cricket Academy in Trinidad on Thursday.

Leading in to the match, the travelling South Africans had endured a run of two washed-out matches and three losses in the series of 3 ODI and 5 T20s, which started promisingly with a hard-won win right on arrival back in mid-September.

The home side lead the five-match series 2-1 following the third fixture’s abandonment for inclement weather, a fifth encounter offering an opportunity to square the series to come on Saturday.

The South African opening pair shared an 89-run stand as South Africa chased 136 for victory. after the hosts were restricted to 135/3 by a highly motivated Proteas bowling unit. They gave a fitting performance which fell neatly into the team’s series-saving crusade.

Wolvaardt’s knock was her maiden T20 international half-century and came off 57 deliveries (6x4s), while Lee gave a confidence-boosting performance as she smashed five fours and three sixes to reach her score in just 38 balls.

Click here to read the match scorecard on ICC-Cricket.com

Suné Luus (19 off 16) joined Wolvaardt after Lee succumbed to one too many attempts at beating the boundary rope saw her caught by Shemaine Campbelle off Afy Fletcher, from the last delivery of the 12th over.

Earlier, Natasha McLean (57) continued her good batting form, notching up her own maiden T20 international half-century (5x4s, 2x6s). Deandra Dottin and captain Stefanie Taylor added respective scores of 28 and 26 runs to round off the innings’ most notable contributions.

Click here to visit the series home on ESPNCricinfo.com

Tumi Sekhukhune was the pick of the attack, returning figures of 2/27 at the end of her spell but mention must be made of Marizanne Kapp’s economical 0/13 in her four overs.

With one match remaining of the series, South Africa will look to add another positive result to their tally and draw the series. The clash will take place this Saturday, 06 October at the same venue and will be streamed live at www.windiescricket.com.

Photo 1 caption: The Momentum Proteas and the West Indies womens teams gather for a photo united in support of Breast Cancer Awareness. The South Africans recorded their second win on tour, an 8-wicket win which earns them an opportunity to level the series in the final match on Saturday. Photo: @OfficialCSA on Twitter
Photo 2 caption: Laura Wolvaardt’s run-a-ball unbeaten 50 went a long way towards the Proteas’ win in their fourth T20I against the West Indies, and earned her the Player of the Match award in recognition of her feat. Photo: @OfficialCSA on Twitter