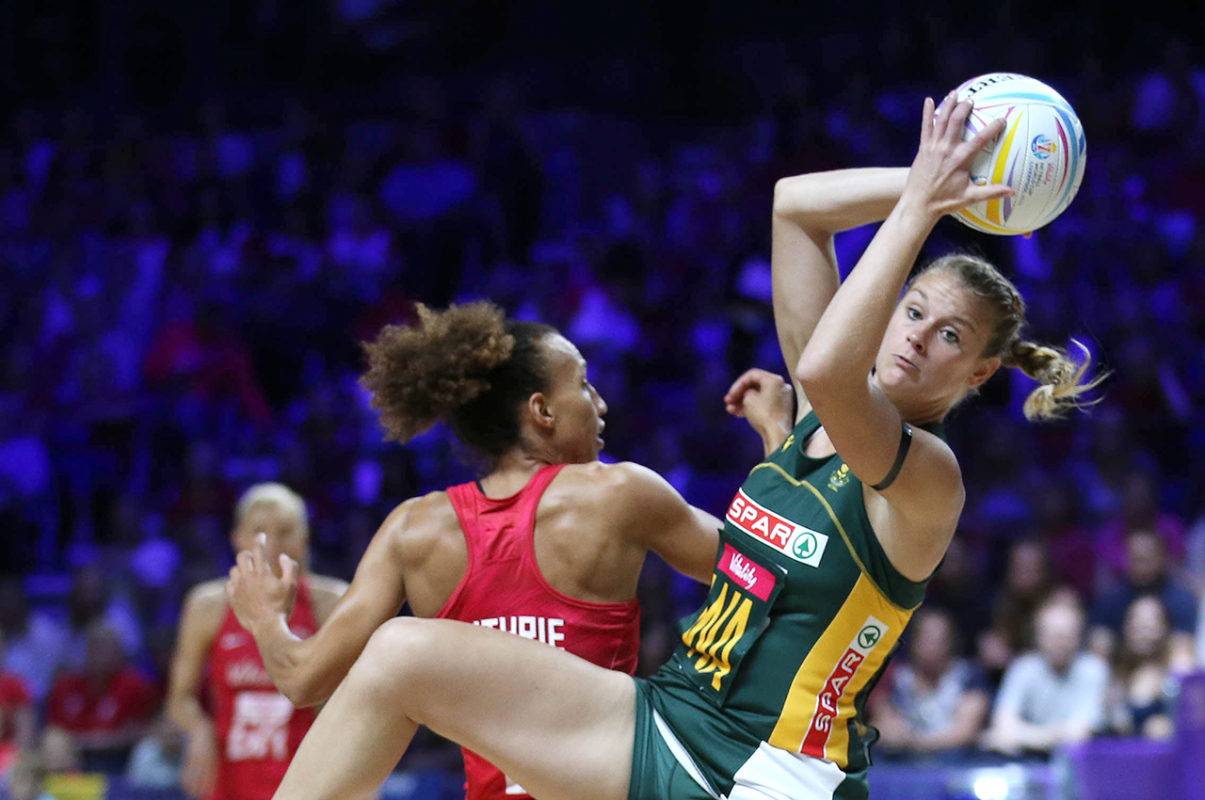 On Thursday, 18 July, 2019, the SPAR Proteas suffered their first loss at the Vitality Netball World Cup in Liverpool, against England, with a losing score of: 47-58.

It was a bitter pill to swallow for the Norma Plummer-led side, who had been on an incredible run of form since the beginning of the world showpiece, however, the pressure from the onset, where their English opponents kept it tight and took an early lead, had the South Africans on the backfoot.

By half-time, the Proteas were lagging, with a losing score of: 20-31. The team showed a stronger defence in the latter stages of the first half but failed to hit back on the score board.

Changes Going into The Third Quarter at Wing Attack

Izette Griesel was taken off going into the third quarter, as coach Plummer opted to throw Khanyisa Chawane into the fray. The team then managed to find some ground and settled well at the start of Q3, going goal for goal and pulling England’s lead back to nine, score: 27-36.

However, In the End, SA Could Not Settle Matters on The Scoresheet

After pushing hard in the final minutes of the match, it was not meant to be as the score remained in favour of the Vitality Roses, who finished top of Group G, and march on to face New Zealand in the semi-final’s round on Saturday, 20 July.

Photo 1 Caption: Izette Griesel of the SPAR Proteas and Serena Guthrie of England in action during the Vitality Netball World Cup match between South Africa and England at M&S Bank Arena on July 18, 2019, in Liverpool, England. Photo: Reg Caldecott