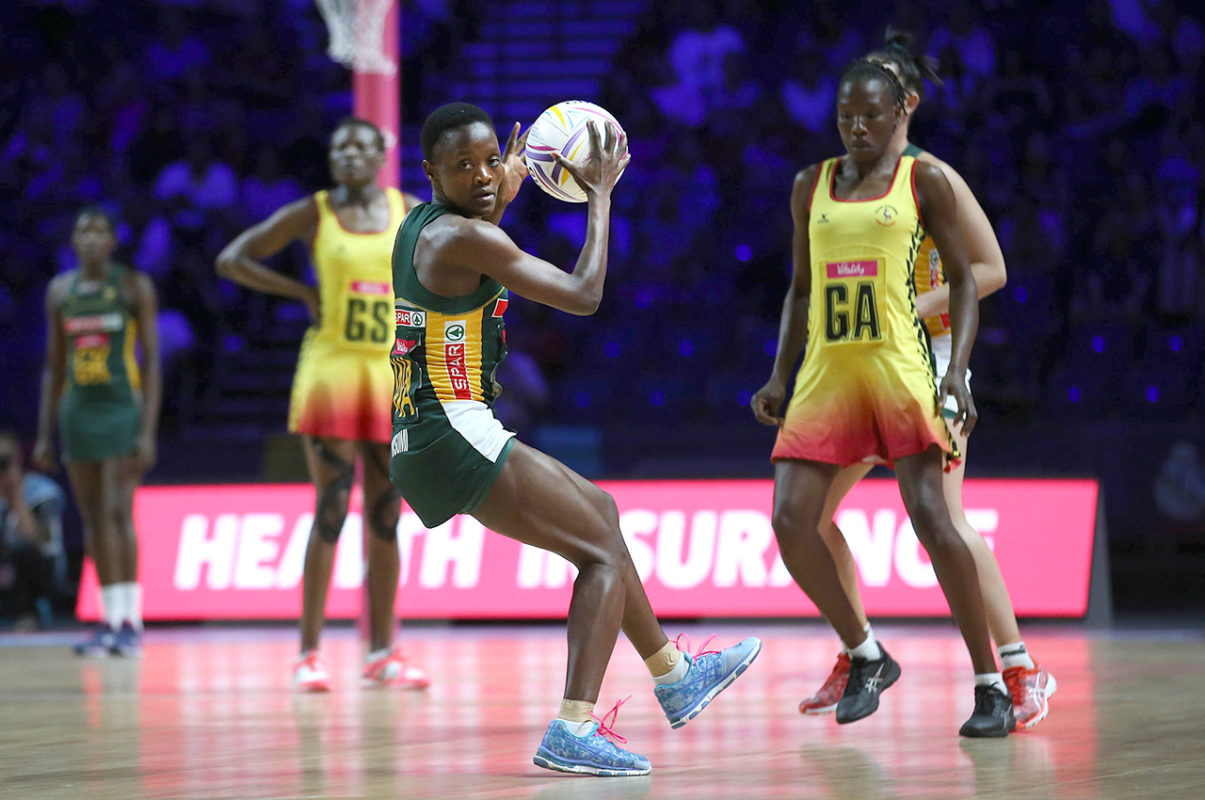 The SPAR Proteas continued with their spectacular performance at the Netball World Cup in Liverpool after cementing their place in the semi-final round, beating Uganda with a winning score of, 67-40.

The ladies have been on an incredible run, securing five wins out of the five matches that they have played in so far in the tournament. This clean sweep will now afford the Proteas the opportunity to face England with less pressure in their final Preliminaries Stage Two match in group C on Thursday evening, 18 July, 2019.

From the onset, head coach Norma Plummer’s side have been on the putting their best foot forward and have been a force to be reckoned with on the court.

Listen to coach Plummer talking about the Proteas and their impressive progress at the Netball World Cup:

The competition will only get tougher for the South African side as they look to step closer to the finishing line.

Telkom Executive Group Communication, Mooketsi Mocumi pledged that each player would receive a R500 000 per player for the silver medal if they finish the tournament as runners-up, or one million Rand – should the Proteas go on to win the Netball World Cup!

“The Telkom pledge ensures that the Netball players will be rewarded for the remarkable performance. This Telkom pledge will bring parity to women’s remuneration in sport,” said Mocumi.

Photo 2 Caption: Erin Burger receives the ball in the heat of the match, before feeding it to the South African attack in their efforts to grind out an advantage against their talented African rivals, Uganda. Photo: Reg Caldecott

Photo 3 Caption: A relaxed-looking SPAR Proteas captured taking to the court ahead their penultimate Preliminaries Stage Two match. The outstanding finish against Uganda was somewhat eclipsed with news following the win that the South Africans were guaranteed a significant prize pool, with unheard of riches in the offing should they succeed in the ultimate goal of lifting the tournament trophy at the tournament’s gold medal match, on Sunday, 21 July. Photo: Reg Caldecott