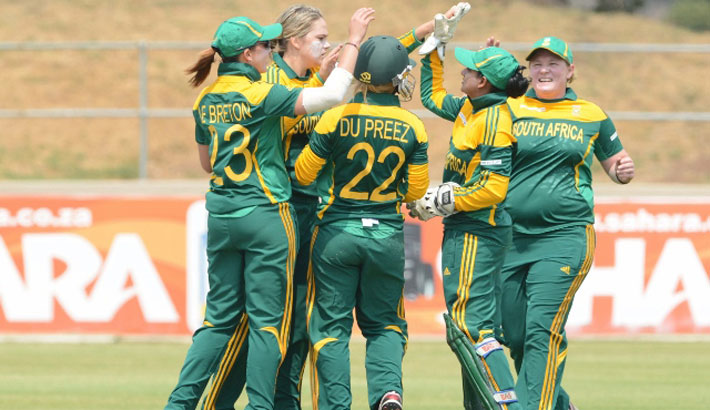 The Momentum Proteas women recovered well from their four-wicket loss to Pakistan to beat Ireland by eight wickets, in the Qatar International Women’s Cricket Championship triangular series in Doha on Tuesday.

South Africa qualify for the final against Pakistan that will take place on Friday, after their last league match against the same side on Wednesday.

The revitalised team skittled Ireland out for just 53 runs with Dané van Niekerk producing a Player of the Match award-winning spell of 3/8 in 5.3 overs, including two maidens. Shabim Ismail, Chloe Tryon and Marizanne Kapp provided good support, taking 2/5, 2/10 and 2/16 respectively.

Openers Lizelle Lee and Trisha Chetty got the side off to a good start in the chase. They put on a 43-run partnership before Lee was run out for 15 at the end of the 12th over. Chetty followed an over later when she was removed by Isobel Joyce for 24.

Skipper, Mignon du Preez and Kapp made quick work of the remainder of the chase and won the match with 217 balls to spare.

Du Preez is very happy with the ruthlessness shown by her side. “We learned a lot from our game against Pakistan,” she said.

“The bowlers did extremely well playing on a different track. Keeping them under 55 was excellent work by them. We still have a bit of work to do when it comes to chasing the score, we unfortunately lost a couple of wickets but that is still something that can be addressed before we play Pakistan again.”

Photo caption: Dané van Niekerk produced a Player of the Match award-winning spell of 3/8 (5.3 overs) to propel the Momentum SA Proteas to an 8-wicket win over Ireland in Doha on Tuesday, to qualify for the Doha ODI triangular final on Friday. The Proteas play Pakistan in a ‘final’ dress-rehearsal on Wednesday, in their final round-robin match of the tournament. In this file photo, SA celebrate the stumping of Lata Mondal off the bowling of Van Niekerk during the first ODI match between South Africa and Bangladesh, at Willowmore Park in Benoni on 20 September, 2013. Photo: Lee Warren/Gallo Images