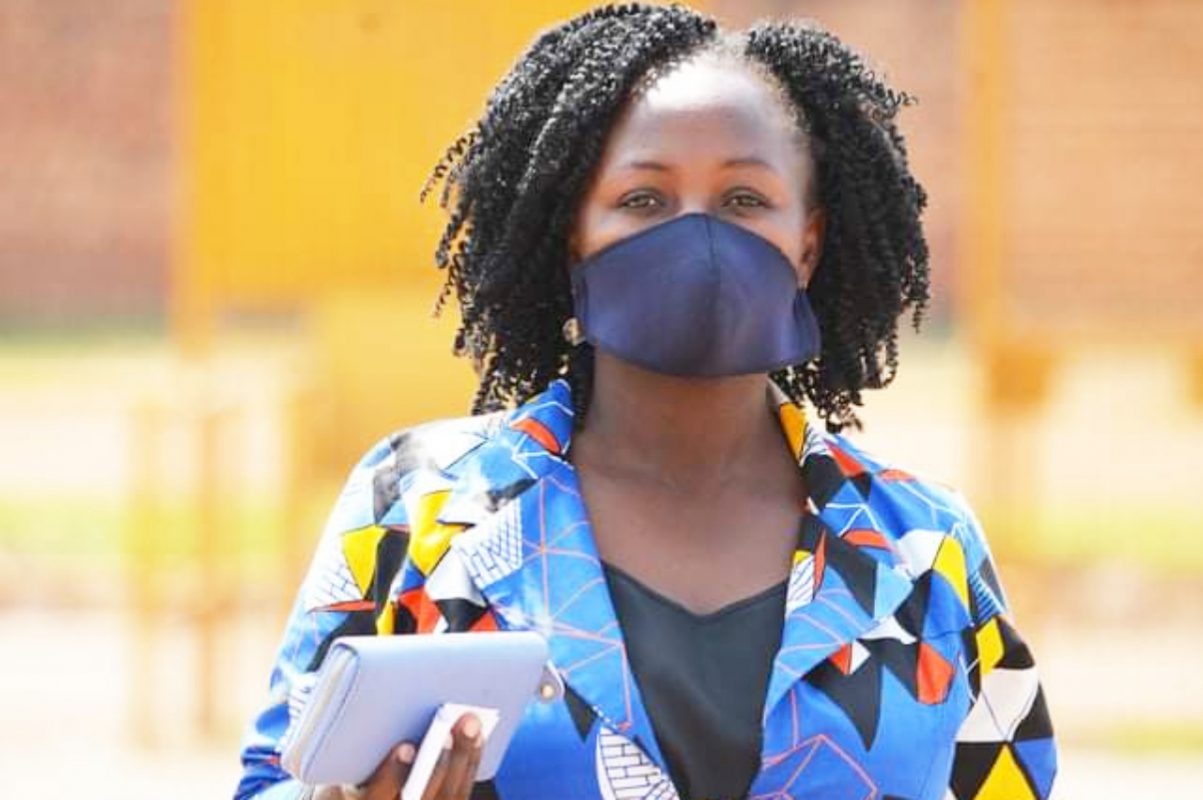 Regina Lunyolo Blazing a Trail for Women in Rugby

Rugby Africa Women’s Advisory Committee member, Regina Lunyolo, believes the goodwill and support from World Rugby and Rugby Africa has enabled further development for the women’s game on the continent.

Lunyolo is a former Uganda Lady Cranes rugby national team player and upon retirement, she briefly worked as team manager for a local women’s rugby club.

In 2017, she was appointed  Lady Cranes Seven’s team manager, a role she held until she was elected to the Uganda Rugby Board.

Apart from playing and administration, Lunyolo is also the coach of the Jaguar men’s rugby team.

In 2019, she was announced as one of the recipients of the World Rugby Women’s Executive Leadership scholarship and had the opportunity to visit Fiji and New Zealand where she gained valuable experience interacting with those who have led the game at the highest level.

Regina, thank you for taking time out to chat with us. You have coached a men’s rugby team, what inspired you to do this and how was this experience?

I was inspired by my former teammate, Christine Kizito – she coached a men’s rugby team before I did. It was a very humbling experience for me and allow me to say this,  coaching a men’s or a women’s rugby team both requires competence and confidence.

Once you are competent then you become confident in executing your tasks and responsibilities. The beauty of rugby is that the laws are uniform, the pitch is the same size but most importantly it’s an all-inclusive game.

Having played rugby before, I made important connections along the way hence it was easy for me to find a support system. It’s a very challenging task but with commitment, competence and confidence, it is achievable for anyone willing to put in the hard work.

Looking back and comparing your time as a rugby player and now, what changes do you see in women’s rugby?

One big change is that there is now more goodwill and support for women’s rugby from both World Rugby and Rugby Africa. This goodwill has played a pivotal role in the development of a vibrant competition pathway from community level, schools, universities, national and regional levels.

And, the Uganda Rugby Union has a chance to accelerate the growth of the game tremendously in the next 5-10 years given the young population which is 51% female.

A lot of opportunities have been unlocked for women’s rugby in all spheres be it playing, officiating or administration. Also, teams that have never played rugby before have been able to feature in competitions and we are building on that momentum to push the growth of the game forward.

Since your appointment as Chairperson of the Uganda Women’s Rugby Advisory Committee, what changes have you made?

We have made several changes that are aimed at promoting the development and progression of the women’s game on and off the field especially in increasing the number of women in leadership and decision making positions. Firstly we have been advocating for women’s rugby to be prioritised through consistent lobbying for resources. We have also advocated for a gender quota through the constitutional review and I am happy to tell you that Uganda Rugby Union has met the 33% representation of women on the board, becoming the first union to reach such a milestone.

Women have been included in all training and education programs of the Uganda Rugby Union and in the process, our coaches, match officials, and administrators have gained more skills and exposure. Currently, the top referee in the country is a woman and her name is Saudah Jamillah Adiru.

Apart from advocacy, we have created a competition calendar that is aimed at ensuring the sustainability of women’s rugby developmental pathway. We have also managed to secure some sponsorship funding for women’s rugby for the next three years. It’s continous work in progress and we continue to press forward.

You were awarded a World Rugby Women’s Executive Leadership Scholarship. What did you gain from this experience and how are you implementing what you learnt in your home country?

The Women Rugby Executive Leadership Scholarship is a very prestigious award and it opened up a lot of opportunities for me to network and connect with experts in the rugby world and other sports codes. Through the “Sports Women Connect” online show I was able to gain and share insights from expert female global leaders for the sports program. Just tapping into these international networks and connections made me realise that we exist in a truly glocal village.

In New Zealand, I was able to benchmark on best practices from the women’s strategic plan and this helped me to improve my strategic and critical thinking to address issues within my union. This has helped me improve my leadership skills aiding my appointment to the Rugby Africa Women’s Advisory Committee as their chairperson in charge of leadership training, workshops and conference as well as a tutor for the Rugby Africa Sports Management Course for women in rugby leadership.

As the Rugby Africa Women’s Advisory Committee member, what are you doing to promote women’s rugby?

We are an advisory group to the Rugby Africa Executive Committee on all matters relating to women’s rugby in Africa. In essence, our role is to provide strategic support towards accelerating the growth of women’s rugby, lobbying for financial investment in the women’s game at all levels, profiling stories of inspirational female leaders with impact through the Rugby Africa Unstoppables campaign, facilitating the sports management course for 28 women in rugby leadership in unions across Africa.

Recently, we have also been lobbying to have the number of African countries that can qualify for the World Cup to increase from two to four.

What do you think should be done to ensure that an African team wins the Rugby Women’s World Cup one day?

On this continent called Africa; women’s rugby is more like a hobby-based purely on volunteerism from almost all those serving the sport. We need to professionalize women’s rugby because if rugby can pay one’s bills then you can hold players accountable for their commitment and time to the sport. You can then demand for more in terms of performance as the players and management is motivated both intrinsically and extrinsically to deliver value for money which is not the case at the moment.

There is also a need for more financial investment from the private sector, government, communities, civil society, schools and universities to accelerate progress. Our female leaders need to attend more capacity building training and educational workshops to improve their leadership skills.

We need to invest in creating high-performance centres for our national teams and ensure that there are more regional competitions across the continent such that the quality of our players improves for the international stage.

And lastly, media visibility is paramount. We need to tell the authentic stories of the girls and women who are passionately and unreservedly participating in rugby so that we can inspire, empower and mentor the next generation of female rugby players, coaches, match officials, administrators, fans, sponsors and partners to come onboard and support women’s rugby on the African continent.

Lastly, what are you doing to prepare women to take up leadership positions in sport?

We have created an online platform called “Sports Women Connect” where young female leaders share their sports experiences, challenges, success stories and strategies for overcoming barriers to participating in sports and leadership.

I believe this has generated interest and impacted girls and women positively as they listen to inspiring stories from fellow young female leaders from Uganda, the rest of Africa and the world. This has also increased visibility and created opportunities for young female leaders to do more in their areas of influence.