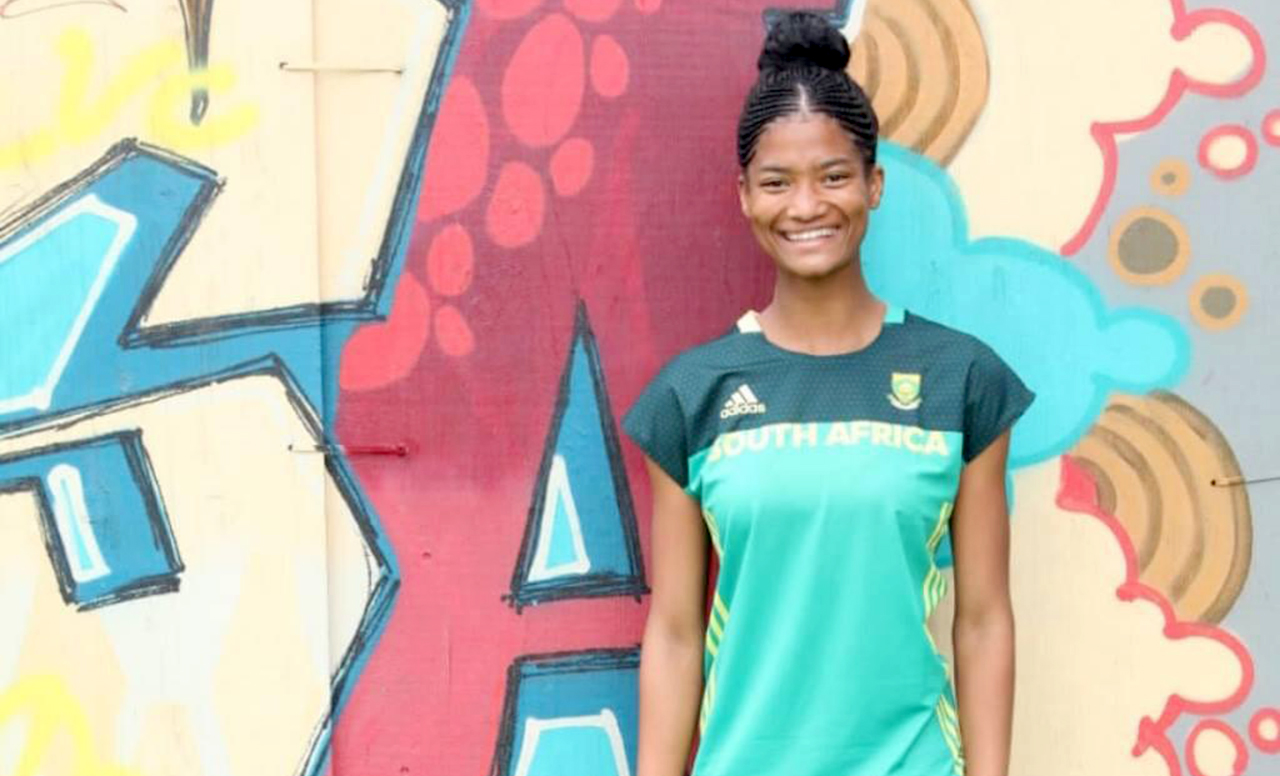 South Africa’s latest athletics sensation at 18 years of age, Rogail Joseph won the SA U20 400m Hurdles title at the SA Champs on 6 April 2019, in Stellenbosch.

Born on 22 April, 2000, the fleet-footed runner Joseph hails from Worcester in the Western Cape, and made the most of home-ground familiarity to storm to victory.

Her impressive double achievement has resulted in Joseph being selected for two major events.

The SA 400m hurdles U20 champion is currently in Ivory Coast to represent SA at the African Youth and Junior Athletics Champs where she will compete in three races –  400mH, 4x100m relay and 4x400m.

She will also represent SA tertiary sport at the World Student Games in Napoli, Italy in July 2019.

These successes come on the back of an impressive 2018, which saw Joseph win silver in the SA Junior 400m and gold in the Junior 100m hurdles at the ASA National Champs. She also won the 2018 Cape Winelands Sportswoman of the Year in 2018.

South African athletics new kid on the block, Rogail Joseph, spoke to gsport about her love for athletics and her big Olympic dream!

Rogail, how does it feel to have won back to back titles beating top competition?
I feel so proud and great I can’t believe that I have achieved all these titles.

Do you have siblings?
I have two sisters and two brothers

Who are your sponsors?
I don’t have any sponsors. My parents and coach help me where they can.

Which clubs do you run for?
I’m running for UWC club

What is your big dream?
My big dream is to qualify for the Olympics next year.

What are your next races?
My next race is this week at the African games in Ivory Coast, and later I’m going to the World Students games in Italy.