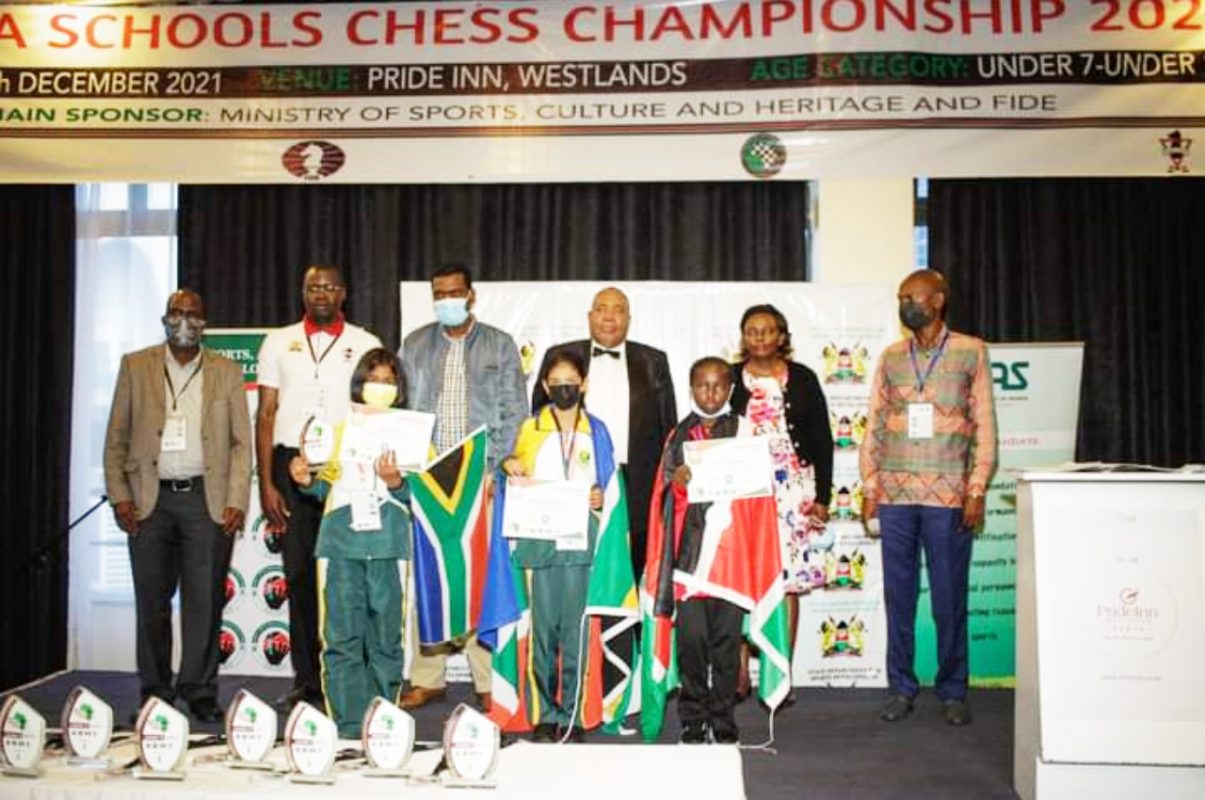 After nine rounds of exciting chess, Mungal and Kaylee Budhram made it a one and two finish for South Africa in the Under 7 & 9 sections. Both players finished the tournament with 8 ½ points but it was Mungal who claimed the gold medal after a tie-breaker was conducted. Kenya’s Melinda Chepengat took the bronze medal.

Kenyan Elizabeth Cassidy Maina outshined all her opponents to secure the gold medal in the Under 11 category. South Africa’s Kajol Naidoo also made it to the podium after she finished second with seven points. Another Kenyan, Bernice Wambul had to be content with a third-place finish.

In another show of dominance, South African pair of Boshoma Chisomo and Chloe Badenhorst made it a podium finish in the Under 15 section. Boshoma who was the tournament’s highest-seeded player claimed gold, while Badenhorst put up a brilliant performance to outshine WCM Moshoboro Arona to earn a silver medal. Moshoboro took the bronze medal.

The tournament provided chess players with the opportunity to accumulate points to qualify for more international events.