Sanders Gearing up for ITU Finale

The 2012 ITU season has produced endless action, including photo finishes at the London Olympic Games and a final flurry of changes to the ITU World Triathlon Series leader boards in the last two races. Now it’s time for the season to come to a close, but not before the riveting crowning of the 2012 ITU World Champions at the Grand Final in Auckland. While most eyes will be on the elites, more than 3,000 athletes will descend on Auckland, making this Grand Final one of the biggest yet.

New Zealand has always had an incredible enthusiasm for triathlons and has produced some amazing champions, including the first ITU World Champion Erin Baker. This year, the biggest event on the ITU calendar is set in New Zealand’s biggest city of Auckland.

A city bustling with nightlife and entertainment and close to over 40 scenic islands, Kiwis will be treated to a race with almost double the prize money and double the points. The city has previously hosted five world cups, with the most recent taking place in 2011.

Sanders, who has been competing in the ITU World Triathlon Series since she was a junior, says she is hoping for a strong finish to the series.

“Well I seem to have found some late season form which is wonderful. I’d love to obtain a top 10 again like I did in Yokohoma a few weeks ago. I believe I’m capable of this if everything works out on the day.”

“The course is one of the toughest we’ve had this year – the bike is 8 laps of 5km with 3 hills in each lap so a total of 24 hills to climb up,” said Sanders.

“It is definitely going to come down to who is the strongest girl on the day and not necessarily the fastest, it is a strength course and I wouldn’t expect the run times to be as fast as usual, I think whoever has the strongest legs on the day will come out tops.

“Luckily we have been doing a lot of strength training work, like lots of arduous hill sessions, so I’m hoping to be prepared as possible,” Sanders adds.

This is her second World Championships as an elite and she is currently placed 30th on the standings.

“This year competing in the series has been amazing. I’ve raced all over the world accumulating points in Sydney, San Diego, Madrid, Hamburg and Yokohama. The London Olympics also counted as a points race for us for the series-that was the most amazing experience of my career, “Sanders says.

“The New Zealand leg is the grand finale. There are a few more points than normal on offer and it’s the very last race of the season that determines your final ranking for the year. We also have all the amateurs with us here, which makes it very special as there will be amazing support for us on race day.

The Elite Women showdown set for October 20 looks more and more like the final minutes of the London Olympics with Erin Densham (AUS) and Lisa Norden (SWE) battling for title. The U23 Women will also battle it out on 0ctober 20 while the junior triathlon will take place on Sunday October 21. 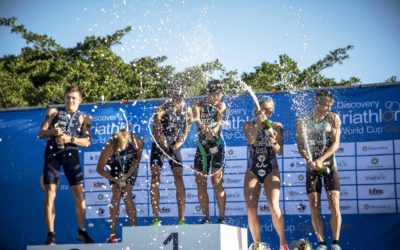 Africa and Oceania Release the 2020 Calendars

After announcing the 2020 ITU calendar, get ready for a season full of action in all the continents. Africa and Oceania have already released their calendars, with plenty of events in multiple... 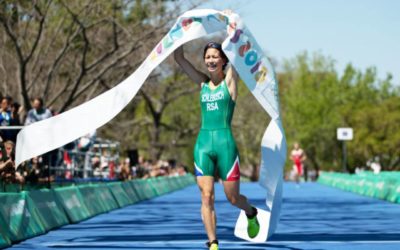 South Africa’s number one junior triathlete Amber Schlebusch will begin her 2019 Grand Final with the Junior World Championships on Friday, 30 August, after a year that had seen her claim the... 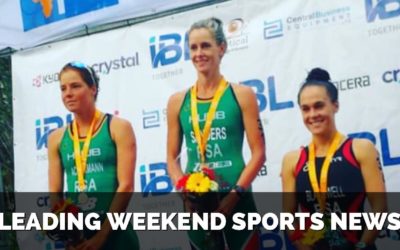