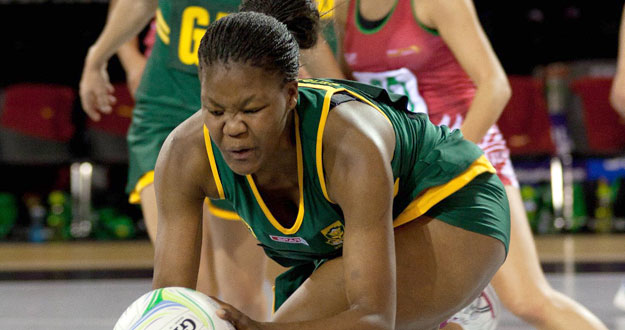 In a tough match against Wales, the SPAR Baby Proteas just managed to sneak in a win despite a disastrous third quarter, beating Wales 54-48 to earn their 5th-place finish at the World Youth Netball Championships on Saturday in Glasgow, Scotland.

Off to a good start, the SPAR Baby Proteas were playing well as a team. Knowing that it was their goal circle play that had let them down in previous matches, they were focused on consistency and accuracy under the post, as well as turning over balls.

“We knew that Wales didn’t miss, so we needed to turn balls before they went into the circle,” said Coach Dorette Badenhorst after the game. “There is still room for improvement in our goal circle, but I think the girls played very well today.”

Wanting to rest wing attack Izette Lubbe, Badenhorst changed around player combinations, but this negatively impacted the rhythm of play and allowed Wales to gain momentum and score a number of goals, ending the third quarter just one goal behind at 37-38.

Further changes again changed up the game, as the SPAR Baby Proteas got their game back in a gutsy final quarter, eventually stretching out the lead to end off on a 54-48 win.

“I am happy with fifth place,” said Coach Dorette Badenhorst. “We drew a tough pool, but we played well. I do still think we can play in the top four in the world, and give Jamaica and England a go!”

Netball South Africa President Mimi Mthethwa said that she was happy with the team’s overall performance. “We are very pleased, and coming here we have at least achieved one of our goals; improving our ranking from 9th to 5th.

“Playing in a tournament like this is a good platform not only to work on different combinations, but to prepare the players for matches against the toughest teams in the world,” said Mthethwa.

After nearly a year of forced inactivity, the SPAR Proteas swing into action on Thursday, 26 November 2020, in the first of three Test matches against long-time African rivals, the Malawi...