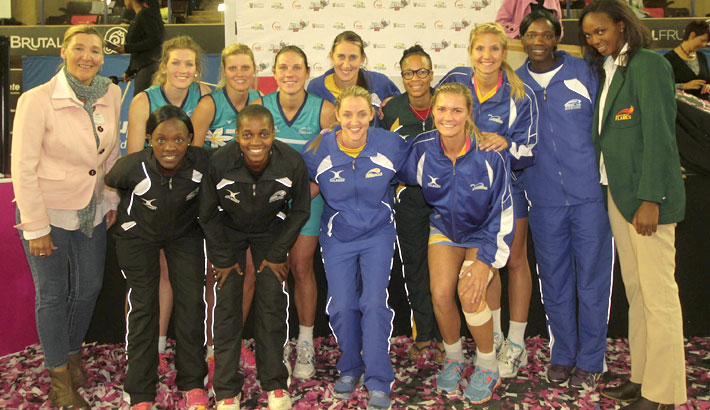 The success of the five-week Brutal Fruit Netball Cup will be put to the test later this month when the SPAR national netball team play a three-Test series against Scotland in Cape Town.

The Tests will be played at the Velodrome in Bellville on consecutive days, between 19 – 21 June. “It is a very opportune time for us to play this series,” said Netball South Africa (NSA) President Mimi Mthethwa.

“We have just finished the Brutal Fruit Netball Cup, and this series gives us a chance to see how the players have progressed. Also, with the Commonwealth Games in Glasgow in July our big focus for this year, we will be able to try out the team and see how prepared the players are for the challenge ahead of them.”

There are three new caps in the squad announced after the Brutal Fruit Netball Cup final on Sunday.

“Lenise Potgieter is a very talented young player. She’s only 20, but she showed a great maturity during the Brutal Fruit Netball Cup, standing up against experienced defenders like Karla Mostert and Adele Niemand. She has an amazing reach, and she plays very like Irene van Dyk,” said Kotze.

“The other two newcomers are both defenders, Kefiloe “Fifi” Tsotetsi and Phumza Maweni. Phumza was outstanding for the Southern Stings, who won all their matches, and what I love about Fifi is that she trains every day against Chante Steyn at the Northern Flames, and that will help us when we meet those huge Jamaicans at the Commonwealth Games.”

Steyn, at 195 centimetres, was one of the tallest and most solid players in the Brutal Fruit Netball Cup.

The team to play against Scotland will to a large extent be the team that will represent South Africa at the Commonwealth Games.

“If we win all three Tests against Scotland, we will move up to fifth in the world rankings,” said Kotze.

Tickets for the Scotland series are available at the door of the Velodrome, and cost R10 for children under 13, and R20 for people from 14 upwards.