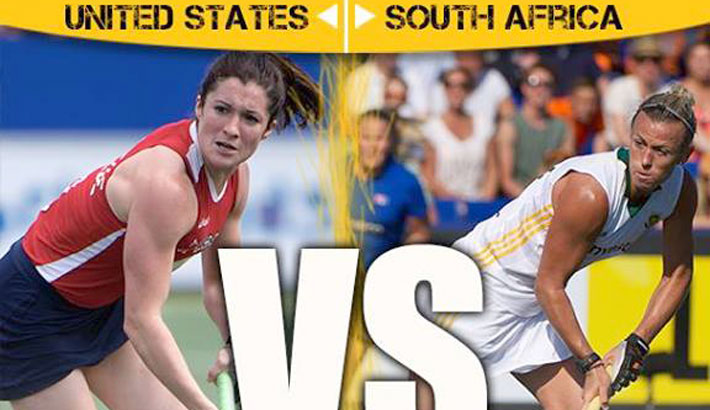 A tough ask await’s Marsha Cox’s spirited South Africa women’s hockey side against Group B log-leaders the USA at 2.30pm on Tuesday, in the women’s teams’ final preliminary round match at World Cup 2014 in The Hague, Holland.

The match will be broadcast live on Supersport, and the live video feed be also streamed at the FIH’s Youtube account.

The Investec SA women’s team were desperately unfortunate to be shaded 4-3 by world number seven China in their Group B match on Sunday, a match in which unforced basic errors were punished with relish by the nippy Asians. SA goalscoring opportunities were squandered, too.

There are lies, damned lies and then come statistics, but in this case the numbers tell a story of what might have been.

SA had a massive advantage of 21 entries into the strike zone compared to China’s eight, and 13 shots at goal to China’s seven; the difference was that the winners were on target 85% of the time, to SA’s 46%.

SA had seven penalty corners to the Asians’ five; the difference was that China scored two for an efficiency rate of 40% to SA’s lone goal and a success rate of 14%. Enough said.

SA need at least draw with the Americans to force England out of the battle for fifth place.

Head coach Giles Bonnet’s SA girls beat Champions Challenge winners USA 2-1 in a preliminary round match at that tournament in Glasgow just a month ago.

There is no doubt that SA can do it. Providing they bring their A-Game to the turf.