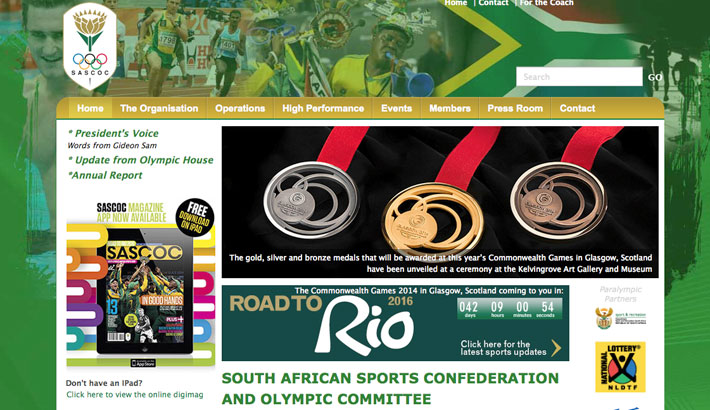 South Africa’s team to take on the world at this year’s Commonwealth Games in Glasgow, Scotland was announced with great fanfare at Olympic House on Wednesday, 11 June.

An initial squad of 155 of the country’s finest athletes has been named, spread over 15 codes, from aquatics to wrestling.

With the men’s and women’s hockey teams currently still doing battle at the World Cup in the Netherlands, the names for this code will be named on completion of that event.

Announcing the squad SASCOC President Gideon Sam said: “Today is yet another exciting day in the ongoing story of South African sport. Our athletes from around the country have responded magnificently to our strict criteria if we look at the size of this team.

“The majority of the team are within the top five rankings of the Commonwealth and that is very reassuring for us, because it gives us the confidence to look forward to a really good team at the next Olympics in Rio de Janeiro, Brazil, come 2016. We are also accommodating some promising juniors in the team as we believe that they will be ready to fight for a place in the Olympic team for Brazil.

“Hopefully, this will put an end to the often nasty debates around criteria for teams representing our country. Sports Minister Fikile Mbalula always talks about rewarding excellence and not mediocrity and we have been guided by him in this regard. We simply can’t afford to take any so-called ‘joyriders’ to multi-coded sport competitions.

“Glasgow is going to be tough but also great fun. Our athletes will gain tremendously from these Games and judging by the teams already announced byAustralia and Canada, it won’t be a walk in the park for any one country. Our team is a well balanced team and if the coaches have put in the necessary hard work, we should once again be in the top group of medal winners, just as we have done at previous Games.”

SASCOC CEO Tubby Reddy also wished the team well. “I think this team is extremely well balanced and has been chosen with our strict selection criteria in mind. This is a team of established stars with proven medal-winning potential, but at the same time bearing in mind that we have to blood some of our future stars on the international scene.

“I have no doubt that this team is capable of matching if not improving on ourmedal return four years ago in India.

The team boasts a rich spread of both Olympic and Commonwealth Games experience as well as stars of the future. The swimming squad includes timeless Roland Schoeman, a veteran of four Olympic Games.

Gymnastics includes former Commonwealth Youth Games competitor Kirsten Beckett, who was one of the baton-bearers at the Queen’s Baton Relay in South Africa earlier this year.

The netball team is also a mix of experience and youth with at least one player, Melissa Myburgh, having represented South Africa at the 2010 Zone VI Games and having now made the step up to the highest level.

Rugby sevens has brought back medals from the last two Commonwealth Games and with this code now part of the 2016 Olympics in Rio, the Glasgow Games are an important part of preparation.

In the weightlifting code, Mona Pretorius was part of Team SA at the last Commonwealth Games but injured herself in the warm-up.

Team SA will enter a holding camp in Johannesburg on 14 July and leave for the Games on 16 July.

Men’s and women’s sides to be announced after completion of the World Cup in the Netherlands.

Photo Caption: SASCOC has announced an initial squad of 155 athletes of the full complement of 187 to represent Team South Africa at the Glasgow 2014 Commonweath Games at which 15 gold medals, 12 silver medals and 16 Bronze medals totaling 43 medals are expected to be won for South Africa. Photo: Screenshot of the SASCOC homepage featuring medals to be won in Glasgow 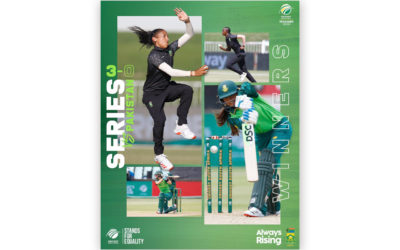