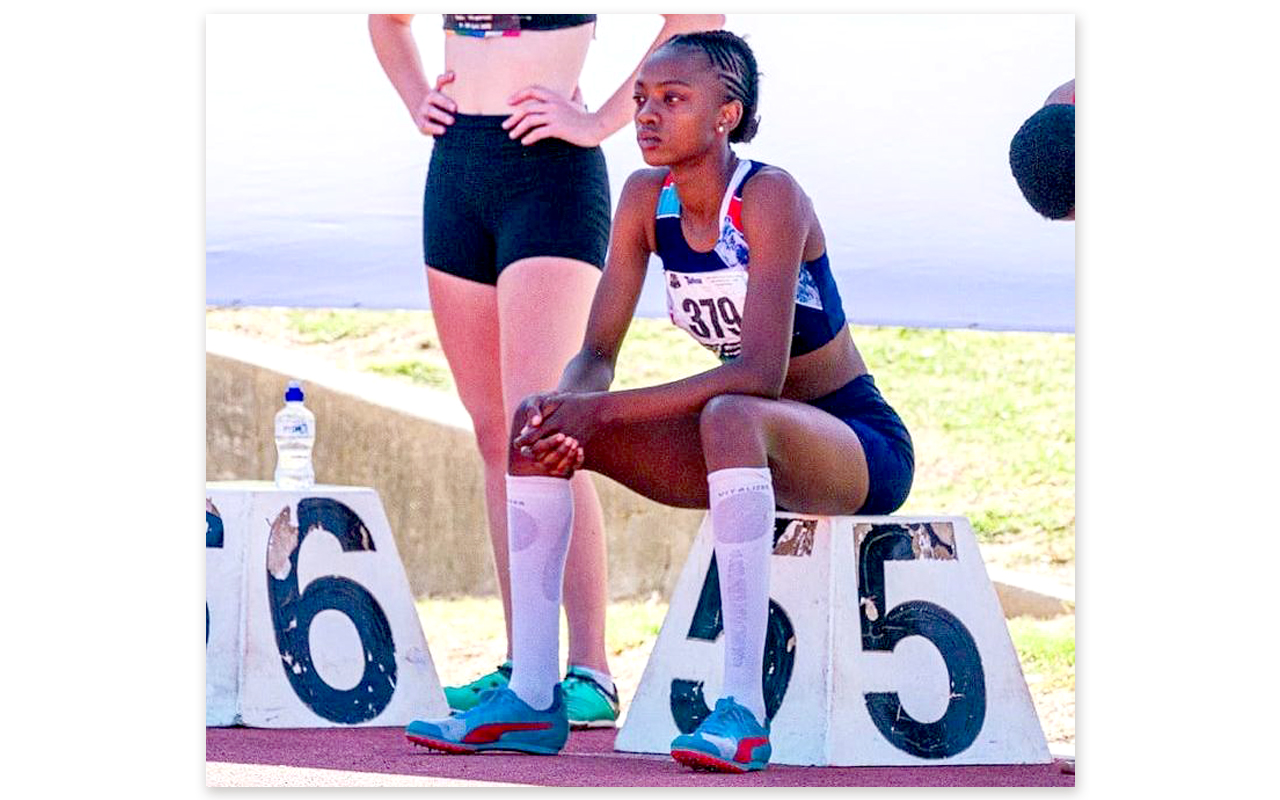 “This is my first win at the SA Championships since I started sprinting,” Shabangu said. “It really feels amazing and I’m proud of myself that I managed to work to a point that I was able to achieve the goal I set.”

Rising shot-put star, Mine de Klerk stole the show with a spectacular record-breaking performance as her best effort landed at 17.57m (provisional) in the women’s U20 shot put final, shattering the previous South African record of 16.95m which had been held by Simone du Toit for nearly 15 years.

She was in such good form that De Klerk beat former African Youth Games champion Dané Roets by more than two metres, with Roets taking the silver medal (15.35m).

“We hope this will inspire other young women to take up this highly specialised event.” – President of Athletics South Africa, Aleck Skhosana

“Congratulations to Mine de Klerk for her outstanding achievement in breaking such a long-standing record and winning the gold medal,” said President of Athletics South Africa, Aleck Skhosana.

“We are particularly happy to see her as champion as we hope this will inspire other young women to take up this highly specialised event.”

Race-Walker Keandra Jooste destroyed the field to win gold in the U16 girls 5km walk in 25:46.78.

Phethisang Makhethe broke the national U18 women’s record in the hammer throw. Makhethe’s best effort landed at 57.35m, adding 22 centimetres to the previous mark of 57.13m set by Annemie Smit in Sasolburg in March 2010.

Meanwhile, in the U18 girls’ shot-put qualifying round, Ashley Erasmus produced an impressive 17.06m heave, while in other highlights, Mckyla van der Westhuizen won the gold medal in the U18 girls javelin throw final with a best effort of 54.38m.

On the final day of the tournament on Saturday, Janise Nell completely demolished the national mark in the U18 girls 10 000m walk, completing the race in 49:42:48 to slice nearly seven minutes off the previous South African best of 56:22.67 which was set by Liza Jacobs in Bellville in April 2002.

Nell then later competed in the U20 race in search of the qualifying time for this year’s U20 World Championships. She took second place behind Athletics Central North West teammate Marissa Swanepoel who won gold in 48:33.52, missing the national U20 record by less than three seconds.

Zonica Lindeque broke the SA U18 girls’ shot-put record, producing a massive 18.18m heave to better the previous mark of 17.52m set by Lezaan Jordaan in Germiston in April 2012.

“I felt really good about today and I think my coaches (Pierre Blignaut and Eben Vermaas) were also expecting the record because I built a pretty good base during lockdown and we just felt I was going to peak at the right time,” Lindeque said.

“I’m just glad I lived up to everyone’s expectations, including my own.” – SA U18 girls’ shot-put record holder, Zonica Lindeque

“So, my coaches are very happy and I’m just glad I lived up to everyone’s expectations, including my own.”

Meanwhile, Mine de Klerk won the U20 women’s discus throw final (51.22m), bagging her second gold medal after setting a new national record (17.25m) to win the shot put earlier in the week.

In the U18 age group, Aletta Janse van Vuuren won the girls hammer throw title with a best attempt of 58.91m.

In the U16 division, Kaili Botje stormed over the line in 24.43 to win the girls’ 200m final. Leandri de Wet secured victory in the girls’ discus throw with a 46.07m heave.