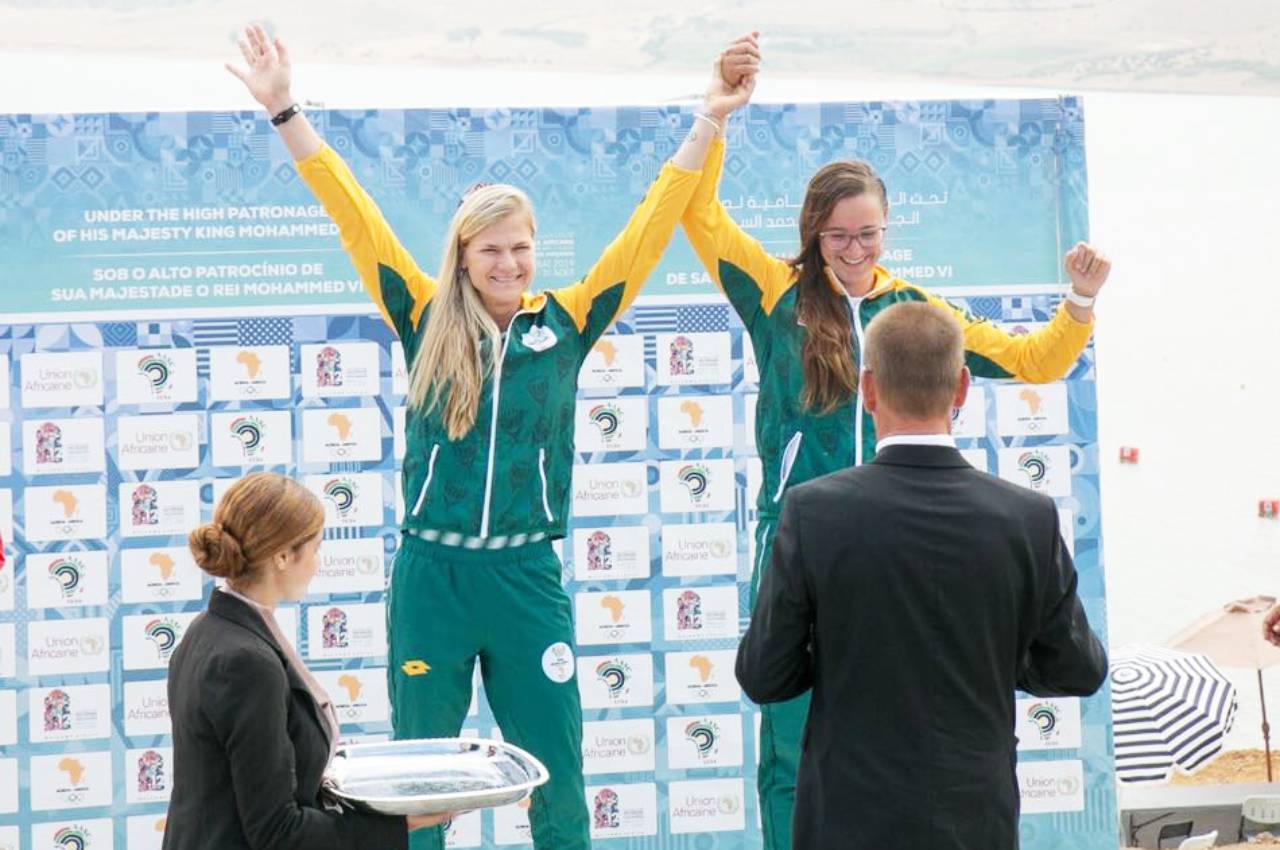 On the final day of racing at the 2019 Africa Games on Friday, 30 August, Team South Africa produced another dominant day on the water of the Dayet Erroumi regatta course outside Rabat when Esti Van Tonder and the partnership of Bridgitte Hartley and Donna Huttton claimed gold medals.

The first medal of the day went to Esti van Tonder who powered home to win the K1 200m race and claim her third gold medal of the competition to go with her 500m K1 gold and 500m K4 gold she won on Thursday.

“I am really happy with how things have gone over the last three days,” the triple gold medallist Van Tonder said.

“It is nothing close to Worlds but it comes with its own set of challenges.

“I wanted to put down a few more good races before my season comes to an end and I felt like I did that here and it was a an experience that I will never forget.

“Regardless of where you are it is always great to stand up on a podium and sing your national anthem.”

In the K2 200m race Bridgitte Hartley and Donna Hutton also continued their dominance when they won their second gold medal as a combination. They powered to victory by nearly three seconds over the Tunisian pair.

The gold medal victories on Friday go along with the four golds from Thursday’s action and the gold and silver that the team won on Wednesday.

The medal haul from the paddlers was 10 in total with nine golds and a silver.

The 2019 Africa Games come to a close on today, 31 August, with the closing ceremony in Rabat.

Photo 1 Caption: The combination of Bridgitte Hartley (left) and Donna Hutton (right) won their second gold medal of the Africa Games in the women’s K2 200m to help Team South Africa to a haul of ten medals, nine golds and a silver over the three days of racing in Morocco. Photo: CAC/Gameplan Media